Small offices reign at the workplace

Foreign investors brought the open space layout concept to Slovakia in the nineties. This trend originally came to Western Europe from the United States at the beginning of the seventies. 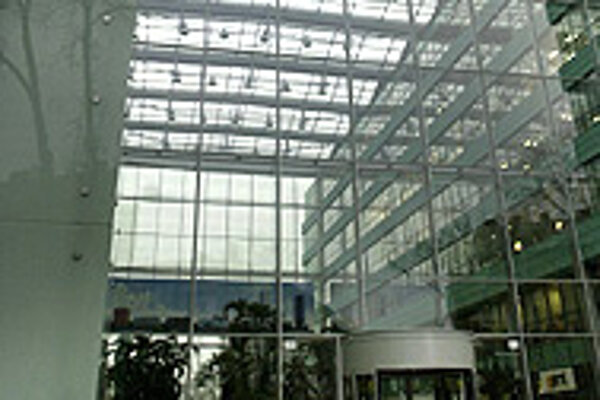 Font size:A-|A+
Foreign investors brought the open space layout concept to Slovakia in the nineties. This trend originally came to Western Europe from the United States at the beginning of the seventies.

The originators of the idea thought it would improve communication among staff, offer added mobility, lower costs, and facilitate the rearrangement of offices when need be. However, the trend never made much headway in Slovakia and many local managers see it as being either pointless or passé.

"Open space offices aren't really in fashion anymore. They have already seen their day and can't be considered a revolutionary novelty anymore," Andrea Rečková, a Senior Consultant with the AJG consulting group, said to The Slovak Spectator.

She added that in Slovakia, there is a long tradition of using separate offices, which are still more common, although open space layouts can be seen especially in companies financed with foreign capital or who have an 'American business culture', such as the Dell computer company or the Accenture BPO.

Rečková said that she did not think companies use an open space layout because it's a trend, but rather when it goes along with the company culture or is seen to be the most practical solution after an evaluation of its advantages and disadvantages.

"I think that it all depends on what kind of company it is, what its focus is, and what kind of activities the work involves," agreed Dalibor Jakuš, executive director of the human resources agency Profesia in an interview with The Slovak Spectator.

Jakuš pointed out that smaller companies prefer to use separate offices as it gives them a quiet environment to work in and lets them take a more individual approach to clients. He added that on the other hand, the open space model is generally used by companies who want to lower costs and whose type of work might benefit from it.

"Open space is most often used by call centres, consultation and administrative centres, which check and process orders and invoices and offer product support," he said. "These tend to be telecommunications, finance, and IT companies.

"The majority of companies who use the open space model use it because of certain company standards that are set by their parent firms. There are no statistics on its use in Slovakia, but according to data from the United States, in 2002 approximately 70 percent of employees worked in cubicles, 10 percent in open space, and the remaining 20 percent in offices," said Jakuš.

The advantages of open area offices are generally considered to include quicker internal communication, higher productivity at work, lower operation costs, the simpler supervision of staff, and better access to information. The concept's main disadvantages are a loss of privacy, difficulties concentrating at work, more frequent mistakes, and a higher rate of illness.

While open offices are often a welcomed innovation among younger staff members, the middle and older generations find that they only increase stress. Many people complain that working in an open space makes it more difficult for them to concentrate. They are distracted every time a colleague moves or makes a phone call.

"Cubicles can integrate some advantages and eliminate some disadvantages of both concepts," said Jakuš, "but they would not be suitable for everyone."

He added that although it is a compromise between privacy and savings, its appropriateness again depends on the company's particular activities, though some office design experts would say that cubicles only offer the worst of both worlds.

Despite the lack of enthusiasm for the open space concept, trends are changing and developing on Slovakia's office scene.

"One of the current trends is tele-commuting, or working from home," said Rečková. The general trend all around is mobility, she added, but not just mobility of desk and chair but mobility of the work force itself.

Modern work environment models are the result of a combination of employers' obligations to provide health and safety at work, and also their need to attract and keep the best quality human capital possible.

"As many surveys have shown, the quality of the work environment and the atmosphere at the workplace are some of the main factors that cause people to change jobs, and a wise employer will not neglect this issue, even when it is costly," said Rečková.

"In recent years, closed offices have started to gain more ground on the open space and cubicle plans that have been the trend for the last few decades. Team rooms - larger closed offices for four to eight member teams - are often used as well. Companies try all of these solutions, but of course there is no one way that is perfect for every company," said Jakuš.