MONIKA BEŇOVÁ-FLAŠÍ-KOVÁ, once seen as Prime Minister Robert Fico's strongest supporter and a fiery advocate for the ruling Smer party's social-democrat policy, has once again shocked her fellow party members with her failure to toe the party line. 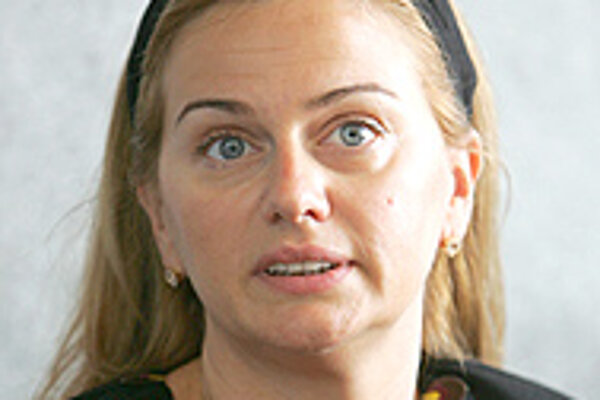 Font size:A-|A+
MONIKA BEŇOVÁ-FLAŠÍ-KOVÁ, once seen as Prime Minister Robert Fico's strongest supporter and a fiery advocate for the ruling Smer party's social-democrat policy, has once again shocked her fellow party members with her failure to toe the party line.

The first time Smer's former second-in-command risked her seemingly unshakeable reputation was when she, alone among her colleagues, openly criticised Smer's decision to form a ruling coalition with the centre-right Movement for a Democratic Slovakia and the far-right Slovak National Party after the June 2006 elections.

Her stance caused the gap between herself and the party to widen quite rapidly.

Beňová-Flašíková has once again distinguished herself from her fellow members of Smer by being the first to suggest that Slovakia's current economic growth and the firming of the Slovak crown is a fruit of reforms implemented by the two former Mikuláš Dzurinda governments.

"Many of the decisions made by the Mikuláš Dzurinda governments, especially the second one, made a lot of space for the implementation of reforms that society needed then and that other states in the EU need now," Beňová-Flašíková told the Sme daily. "Thanks to many of these measures Slovakia is now the Central European leader."

"The reforms definitively have brought positive results," she continued. "Anybody of average intelligence has to acknowledge that the firming of the crown and other related developments cannot be completed within only half a year, one year, or even two years. [The current economic growth] is definitely the result of what was started by the former government. And I believe that we will continue with this trend in the future."

Beňová-Flašíková could hardly have taken this stance before the June 2006 elections, when criticism of the negative impacts of the reforms on the country's social situation was the focus of Smer's pre-election campaigning.

However, political scientist Grigorij Mesežnikov thinks that Beňová-Flašíková's outspokenness will not hurt her party standing as she already lost her position of respect after she decided not to run in the June parliamentary elections. She lost her post of deputy chairwoman shortly after and then was defeated in the Bratislava mayoral race.

"This politician does not represent any real 'opinion group' within the party," Mesežnikov told The Slovak Spectator.

He added that Beňová-Flašíková has been always known for her non-conformist behaviour.

"She has shown opinion independence before."

He added that, as she has been a deputy of the European Parliament for two years already, she has a wider view of things, but when she praises the reforms of the Dzurinda government she is only stating the obvious.

The political scientist thinks that the ruling Smer party is now more prudent with its criticism of the former government, which he considers a sign of realism. They have toned down their criticism and Mesežnikov expects that this trend will continue as time goes on. He thinks their arguments will become more and more vague, confirming that Smer is not a real social-democratic party.

Nevertheless, Beňová-Flašíková has not given any sign that she is considering abandoning the party that she set up with Fico, as she says that a healthy party has to have a certain amount of tension and discussion.