BRATISLAVA'S city council has come under attack for its Petržalka land trade agreement that was finalised on March 1. 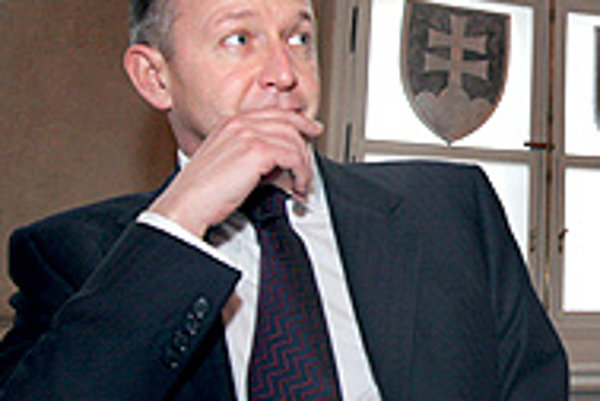 Font size:A-|A+
BRATISLAVA'S city council has come under attack for its Petržalka land trade agreement that was finalised on March 1.

"This is a fight among development companies. It's their business," Milan Cílek, deputy Mayor of Bratislava who is also responsible for transport told The Slovak Spectator regarding negative reactions to the deal.

In response to criticisms that the plots the city has received on the southern edge of Petržalka are worth much less than the ones they gave away, Cílek said that the new plots are needed for the construction of a new tramline and so the barter was inevitable.

Cílek thinks the public transport situation between Petržalka and the town centre is in a critical state and "a tramline would be the solution for Petržalka," he told The Slovak Spectator.

One-hundred and twenty thousand people live in Petržalka and buses are their only public transport option at the moment.

According to Cílek, Popper Capital owns a lot exactly where the future tram should run and Poplatky's lot will be used as a bus parking lot.

"The Transport company asked for more space so that it can expand its parking lot as early as September to provide space for 150 buses," which is why the city council decided to trade its lots by the Danube for those owned by Poplatky and located next to the current bus park.

"Thanks to the barter, the city can now build a huge parking lot in the area," Cílek said.

The Bratislava Regional Environmentalist Association protested the council's decision, especially the fact that the trade of two lucrative lots between Bratislava's Starý Most bridge and Prístavný Most bridge for two lots on the bottom edge of Petržalka was made without any public discussion or analysis.

"This issue was not discussed by the City Council or in relevant Committees," Katarína Šimončičová of the Bratislava Regional Environmentalist Association told the TASR press agency.

At a municipal council meeting that took place before the vote, Mayor of Bratislava Andrej Ďurkovský said that the tramline would be joined to the railway and that the city could thus save more than Sk1 billion because the railway would be built by the state.

Without the ownership of the lots being settled first, the municipal council would not be able to start negotiations with the Ministry of Transport, Post and Telecommunications.

Cílek said the city has already signed a contract with the ministry and thus will save a lot of money. "The state has pledged in this memorandum to finance the tramline from Bosákova Street to the end. This will save the city roughly one billion Slovak crowns," he said.

In spite of the fact that the proposal was only discussed immediately before it was voted on, it was still approved by a distinct majority. Out of the 75 members present, 72 voted in favour of the trade. Even the mayor of Petržalka, Milan Ftáčnik, who is also a member of the Bratislava City Council, did not protest the decision but on the contrary voted in favour of it. "Until we find an answer to the transport issue, it will not be possible to increase the number of residents in Petržalka," he told the ČTK news agency.

Nevertheless, the criticism has not ceased. A lawyer who asked not to be named told The Slovak Spectator he has grave doubts about the trade - firstly because no expert opinion was made concerning these lots and thus their market value was never set. Without the market value being set it is impossible to say how much money the city has lost through the trade. Some of the more extreme critics say that it could be as much as Sk500 million.

Cílek told The Slovak Spectator that saying the transaction is economically disadvantageous for the city is "bullshit". The lawyer who did not want to be named told The Slovak Spectator that this obscurity accompanying the barter of lots causes quite a serious problem: "It can cause such vagueness about the approval of the assignment that it will not be possible to accomplish it, and the assignment will be void because it will not comply with the law."

The unnamed lawyer also reported having grave reservations about the situation's lack of transparency: "It is unclear, based on the approval and the documents available, which of these lots are to be given to Popper Capital and which ones to Poplatky, or whether the municipal lots should be shared between them both, and if it is like this, then how much does each get?"

The media has also pointed out that the Popper Capital company is owned by two companies from Cyprus, and therefore some of the problems might be even more complicated.

Other interesting aspects of the situation include the fact that Popper Capital and Poplatky both have the same address, Štúrova 11, and that according to Slovak media, Popper Capital also has ties with one of Slovakia's biggest developers, J & T Real Estate. The media has also pointed out that Mayor Ďurkovský flew to Cannes for a real estate fair in a private aircraft owned by J & T. However, Cílek defended the mayor's actions. "He wanted to save tax-payers' money and did not realize that a flight in a private airplane could cause a scandal," he told The Slovak Spectator.

Ondrej Dostál, the President of the non-governmental Conservative Institute, considers the trade to be an example of a non-transparent and ineffective way of handling public property.

"I think the sale of municipal lots, especially when they are so lucrative, and of other real estate should not be decided like this - by selling them to a pre-arranged buyer without first having made a detailed analysis of the situation and considering other possibilities," Dostál told The Slovak Spectator. "The best thing is a public auction in which the lot is sold to the highest bidder."

He added that in addition to the price advantage, it would also be "more transparent and help dispel any doubt concerning possible cronyism".