WITH SLOVAKIA set to unplug some of its power stations by 2009, the country could be facing the expensive prospect of importing electricity. The government and Slovakia's biggest energy player are already taking steps to avoid that. 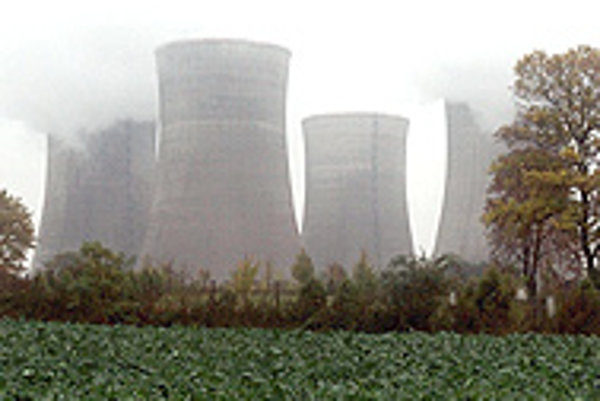 Font size:A-|A+0
WITH SLOVAKIA set to unplug some of its power stations by 2009, the country could be facing the expensive prospect of importing electricity. The government and Slovakia's biggest energy player are already taking steps to avoid that.

The government has said it might construct new power stations to make up the shortfall. And Enel, the Italian company that owns most of the country's major power utility, Slovenské Elektrárne (SE), is already planning to complete the two unfinished blocks of the nuclear power station in Mochovce and turn the country into an electricity exporter.

Slovakia lost 10 percent of its domestic electricity production at the end of last year after it turned off the first block of the V1 nuclear power station in Jaslovské Bohunice - a deal the country made when it entered the European Union. The country has to shut down the second block of V1, which has the same output, by the end of 2008.

Nuclear power stations provide about two-thirds of the energy production in Slovakia.

The government said then that they were considering building new primary circuits for nuclear electricity production in the Jaslovské Bohunice sector run by JAVYS, the state company that is managing V1 and its decommissioning.

Jahnátek said the cabinet is leaning towards building state-controlled power stations, instead of striking an agreement with Enel to build them.

Since then, Enel has announced that SE, which it controls with majority ownership, will complete the unfinished third and fourth blocks of the nuclear power station in Mochovce. Enel's top representative, Fulvio Conti, and Slovak Prime Minister Robert Fico agreed on the project last month.

Completing Mochovce will cost approximately Sk63 billion, according to preliminary estimates. Construction is expected to start in the second half of this year and wrap up in five years.

According to Fico, Enel will fully finance the construction.

"This is a standard investment of a large company in its own property," Fico said.

Slovakia will contribute profits from its one-third share of SE, and help Enel arrange the permissions it needs to complete the project.

Construction on the Mochovce blocks was interrupted 15 years ago due to a lack of funds.

Enel will invest Sk110 billion in Slovakia by 2013, Conti said. That's roughly Sk40 billion more than what the Italian company promised when it originally purchased 66 percent of the energy producer's shares.

Enel plans to increase the capacity of the two blocks running at Mochovce, and at coal power stations in Nováky and Vojany, along with other renewable energy projects.

Enel's goal is to develop a self-sufficient electricity supply for Slovakia, Conti said.

"I think there will be a potential for exporting energy to other countries in Central Europe," he said.

But according to Greenpeace representatives, official plans to complete the third and fourth blocks at Mochovce are premature and unnecessary.

The environmentalists say the feasibility study, which assesses the technical, safety and financial aspects of the projects, won't be completed until April. In addition, nuclear reactors should not be built without a public assessment of the environmental impacts, Greenpeace says. Such an assessment for the Mochovce blocks has not even started.

"Assessment of environmental impacts is required in Slovakia, and in all of Europe, for less important projects as well as the construction of nuclear reactors," said Jan Beránek, Greeenpece's energy campaign coordinator. "We cannot imagine that Enel could construct a nuclear power station in the European Union without this process."

According to Greenpeace, it will be extremely difficult for Enel and Slovakia to operate a reactor with a 40-year-old safety concept, because it's outdated and difficult to modernize.

Greenpeace said it will do everything it can to halt the project.

But Slovakia isn't the only European country expanding its nuclear capacity, said Vladimír Slugeň of the Slovak Nuclear Society, "Nor is it the only one using Russian technology.

"The Olkiluoto nuclear power station in Finland has been under construction since 2004. Since 2006, France's Flamanville nuclear power plant, and Bulgaria's Belene power station, using Russian technology, have been being constructed," Slugeň said. "This year, Romania will complete two blocks of the Cerna Voda nuclear plant and prepare construction of the third block."

The presidents of Lithuania, Estonia and Latvia issued a joint declaration of intention to build a common nuclear power station in Lithuania, and the Polish government plans to build and launch a nuclear power plant after 2021, Slugeň said.

There is also a nuclear revival happening outside of the EU. Russia is planning another 20 blocks by 2030. Extensive construction is also being planned in the United States and China.

Moreover, Slugeň stressed that EU documents regularly say that without nuclear energy, it is not possible to meet the Kyoto Protocol targets and effectively reduce carbon dioxide emissions. Nuclear energy is a fully accepted part of the energy mix, he said.

František Pecho of the Slovak Energy Transmission System told Slovak Radio that electricity prices in Europe are going up.

"Electricity prices in neighbouring countries will grow due to the pressure stemming from the Kyoto Protocol rules, from the prices of primary sources, especially fossil fuels, and from the prices of enriched uranium as fuel for nuclear power stations," he said. "Moreover, there is a shortage of electric energy in Southern Europe."