How to dismantle an atomic reactor

BUILDING a nuclear power plant is a challenge. The country needs to get the funding and sell the public on the idea of an energy source burdened by so many misconceptions, with so much politics involved.
However, turning a plant off and taking it apart might bring equally difficult, if not harder, challenges than running one. 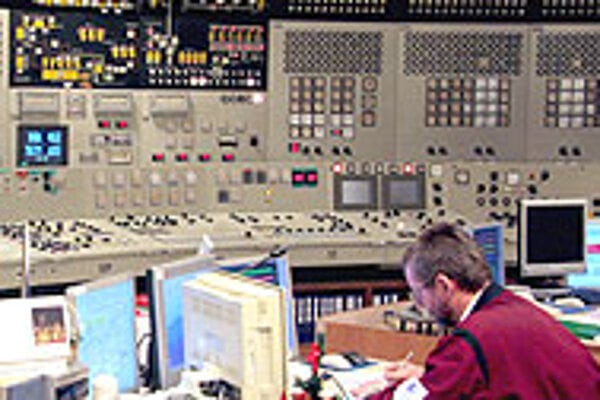 Font size:A-|A+0
BUILDING a nuclear power plant is a challenge. The country needs to get the funding and sell the public on the idea of an energy source burdened by so many misconceptions, with so much politics involved.

However, turning a plant off and taking it apart might bring equally difficult, if not harder, challenges than running one.

Slovakia entered the EU with a promise to shut down the V1 power plant in Jaslovské Bohunice. The country started the process on January 1 by closing the first block of the V1 power plant. The other block is supposed to be shut down by the end of 2008.

The process of decommissioning of the closed power plant brings challenges for both the decommissioning company and the environment around the Bohunice nuclear complex. There is also the question of what will happen to the infrastructure that will remain there.

GovCo, a government organization established specifically to decommission nuclear utilities, took over the V1 power plant in April 2006. GovCo has been in charge of decommissioning all the nuclear devices in Slovakia, and processing and storing the nuclear waste. The organization was renamed JAVYS (Jadrová vyraďovacia spoločnosť - Nuclear decommissioning company) in August 2006 and moved its headquarters to Jaslovské Bohunice.

According to a JAVYS report on the environmental effects of decommissioning, there are three ways to decommission the power plant, or variants, plus the so-called zero variant. Each variant should result in the complete decommissioning of the plant's contents and machinery that are no longer needed, and make the area clear for further use, according to the report.

However, each variant takes a different approach and a different time span. The first variant, preferred by JAVYS, calls for immediate decommissioning that would start as soon as the remaining block is closed and the burn-out fuel is cooled down.

The other two variants would postpone the end of the decommissioning by 30 years.

"Variant Two suggests that all the objects should be preserved and monitored, while Variant Three would preserve the reactor alone," JAVYS spokesman Dobroslav Dobák explained.

The zero variant assumes the plant would be unplugged but not decommissioned, and the nuclear devices would be operated to secure nuclear safety. JAVYS estimates the cost of the zero variant at Sk90 million per year. This option doesn't seem probable, though.

"We are working in line with the public authorities' decisions, keeping nuclear safety as well as legislative requirements," Dobák said. "At a certain point of work, the decommissioning process becomes irreversible."

The advantage of Variant One is not only that it has the shortest period of burdening the environment with nuclear waste and emissions, but it also provides continuity, according to the report. That is because the plant can retain the experience and knowledge of the present staff, people who have been working in the V1 block for years, and use their knowledge and skills to help make the decommissioning easier.

"JAVYS prefers Variant One, which means progressive dismantling of the devices and demolishing the contents," Dobák said. "This process should be finished in 2025, when the whole power plant should be dismantled. However, the main advantage of immediate decommissioning is the release of the area for further use and removing all the materials, mostly active, as soon as possible."

All the surrounding villages fear nuclear waste and radioactive materials resulting from the decommissioning. Jaslovské Bohunice mayor Peter Ryška said a lack of money can seriously affect the whole process.

"The lack of finances can harm the process of liquidating the power plant, including treating properly burned nuclear fuel and nuclear waste, which might endanger our environment, health, life and property [if it is not done]," he said.

The JAVYS report, however, says any effects of radiation will be limited to the area around the decommissioned plant, with some economic and employment effects reaching the surrounding villages.

But people living near the Bohunice nuclear power plant are concerned about the nuclear waste storage.

"The final stage of fuel cycle remains unsolved," Ryška said. "Everything that is not dealt with by laws, technologies, research and money remains here, in the area of the power plant. Ironically, it's treated as temporarily solved."

"The temporary stock has been in commission since 1988," Dobák said. "It is a licensed and well-controlled way of storage. The capacity is enough for the whole period of operating all four blocks in Bohunice. After reconstruction it's intended to store the fuel for 50 years."

The process of dismantling will not start before 2012. Meanwhile, the authorities are trying to find a way to use the remaining infrastructure.

Economy Minister Ľubomír Jahnátek told the Hospodárske Noviny daily that he thinks a training unit for research and education of young scientists could be an interesting option.

"We are thinking about adding research and scientific projects to the decommissioning plan," Dobák said.

The scientists and universities would appreciate the chance to use the power plant's infrastructure for their projects.

"Slovak and also foreign experts would surely be in favour of creating an experimental device from one of the V1 reactors," said Vladimír Nečas, the head of the department of nuclear physics and technology at the Slovak University of Technology.

"It's something we really miss here in Slovakia," he said.

Nečas mentioned the VÚJE (Nuclear Energy Research Centre) project in Trnava as an example of how the reactor could be used as training unit. The Slovak Technical University is also interested in taking part in such a project. The purpose is the research and development of advanced nuclear fuels that would be able to lower their toxicity after the burn-out.

Prestigious European research institutions would be interested in taking part, too, and the experiment would surely be integrated to the EU series of advanced nuclear fuels projects, Nečas said.

Variant 2
(Postponed
decommissioning with
closure and monitoring
for 30 years)

Cost
(in millions
of crowns)

Amount of metals
released into the
environment (tons)