NOVÁKY - Two weeks after a deadly explosion at the Nováky military repair plant, the cause of the detonation remains unknown. But while the Defence Ministry and the Prievidza district police are refusing to give out any details of their investigation, the surviving employees of the VOP bomb disposal unit are saying that rules forbidding the storage of TNT within the building were regularly broken. 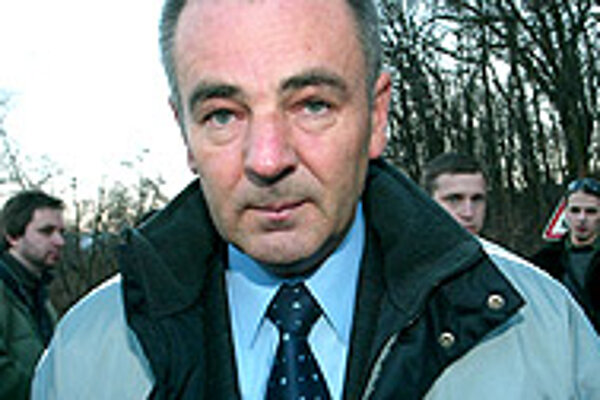 Font size:A-|A+
NOVÁKY - Two weeks after a deadly explosion at the Nováky military repair plant, the cause of the detonation remains unknown. But while the Defence Ministry and the Prievidza district police are refusing to give out any details of their investigation, the surviving employees of the VOP bomb disposal unit are saying that rules forbidding the storage of TNT within the building were regularly broken.

The former employees also said they told the management on many occasions of the danger, but were ignored. Five people have been confirmed dead in the March 2 blast, while three remain missing but are presumed dead. Some three dozen people were injured, and it is forecast that the explosion will be the most expensive insurance event in Slovak history.

Nora Vačková, the daughter of Anton Vačko of Zemianske Kostoľany, is among the missing. "Norika always said that one day it would end badly there. She said that they were storing components that should be kept strictly separate directly in the bomb disposal hall or very close to it. They weren't supposed to store any TNT there, but instead to remove the explosives they dismantled after each shift," Vačko said.

According to a source close to the investigation, who spoke to The Slovak Spectator on condition of anonymity, the cause of the explosion is believed to be gunpowder, ignited perhaps by static electricity.

"On its own, the gunpowder would have just burnt up, but there was clearly a lot of TNT stored there against the rules, and the gunpowder therefore acted as an initiator," the source said.

Another VOP employee confirmed the investigation version, adding that the management of the company had been lying when they said that the presence of the extra explosives was a one-time occurrence, and that they hadn't been told of it by the shift bosses. "They knew exactly how much of what was being stored there illegally, and what the consequences could be," the employee said.

The management of the VOP Nováky plant came under heavy fire following the explosion, which broke windows even in Prievidza 11 kilometres away, because until the arrival of top state officials from Bratislava later that evening, there was no one to form a crisis team to deal with the situation or even to calm and inform scared VOP employees.

After reaching the scene, Defense Minister František Kašický said he was "very angry" with the VOP management for the disorder he found.

VOP Nováky Director Jozef Berák did not return messages left with his office on March 14, with his secretary repeating that he was in a meeting.

Jozef Vida, whose son is also among the missing, worked in the VOP military repair shop for more than 20 years. While the rules were followed strictly during communism, he said, following the company's transformation into a state-owned company in 1991 and a joint-stock company in 2006 the safety situation worsened.

"It used to be unthinkable that bombs, TNT and gunpowder would be stored close together. I was informed that they were also storing Grad rockets there with a range of 12 kilometres," he said.

The investigation source said that VOP Nováky was the only bomb disposal facility in Slovakia, and had won contracts to dismantle munitions such as anti-tank mines from the Czech Republic, Hungary, Poland and the US, as well as from private arms companies. The source speculated that the facility had not been able to deal with the demand, leading to laxity on safety standards.

Vida said that the problems with storage space began in 1991, when VOP was formed as a state company. At that point its former warehouse area was transferred to the ownership of the Defence Ministry, and the company was no longer allowed to use it. The situation worsened after VOP became a joint-stock company in 2006 under the previous government, when profit became a priority, orders piled up and there was nowhere to store the dismantled bombs or their explosive components.

"Only a wall divided the TNT and the bombs from where we were working," he said.