THE SLOVAK FILM INSTITUTE and Association of Slovak Film Clubs will present the 14th international Febiofest film, television and video festival in cities across Slovakia from March 26-April 25. 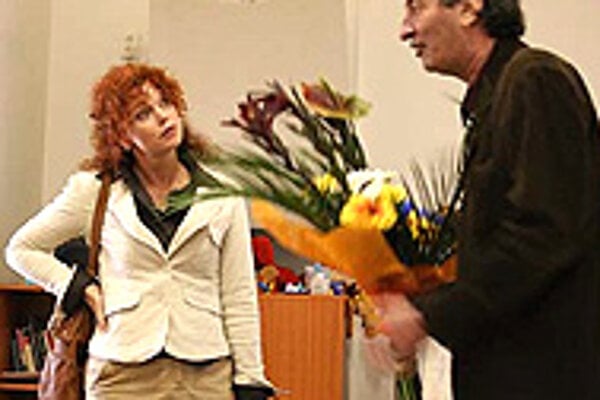 Font size:A-|A+
THE SLOVAK FILM INSTITUTE and Association of Slovak Film Clubs will present the 14th international Febiofest film, television and video festival in cities across Slovakia from March 26-April 25.

As always, some of the 150 films in the festival's 15 sections reminisce on the golden cinematic era Czechoslovakia enjoyed while unified, whereas others reflect the divergent visions Czech and Slovak cinema have assumed since, explore foreign film, or profile a variety of influential directors.

The festival begins on March 26 in Bratislava, where it will run at the Charlie centrum and three other art film venues until April 1. All films will be shown in their original language, or with Czech or Slovak subtitles.

The first section, entitled New Czech Film, gives a sample of the kinds of films and documentaries the Czech Republic has been producing over the last two years. The topics include a film about racial tensions between the Roma and non-Roma communities in the southern Czech Republic (Ghetto No. 1 by writer/director Ivan Pokorný) and a documentary about the life of young, Roma violin virtuoso Marek Balog (Houslový rytíř by writer/director Pavel Marek).

"[From the very beginning], this brilliant violin player wanted to have absolute control over the documentary," DocAir, an informational website about Central and Eastern European films, writes. "Day after day, he patiently asserted his own vision of this 'gypsy documentary' until finally, he managed to push its embattled director to the very fringe of the process. Balog wanted to create a real, unbiased picture of the gypsy world, without the limits of realism and rules of plausibility, and so he did."

One section sure to be popular here is One Day for Slovak Film, which features 10 of the country's greatest cinematic achievements, including two films by acclaimed director Juraj Jakubisko - the fairy tale Perinbaba and the historical drama Tisícročná včela (The Millennial Bee). Also showing are the poetic Záhrada (The Garden) by director Martin Šulík and the classic wartime drama Obchod na korze (The Shop on Main Street), which stars legendary Slovak actor Jozef Kroner.

The Febiofest will also profile five international directors. The first, Czech director Věra Chytilová, made her name in the 1960s as part of the innovative and visually experimental New Wave of filmmakers that includes fellow directors Miloš Forman and Jiří Menzel. Known as the "Margaret Thatcher of Czech film," she is both admired and reviled for her uncompromising, radical parables that, as one reviewer put it, "harshly mock and attack people's failings and foibles."

"If there's something you don't like, don't keep to the rules - break them," Chytilová said in an interview for the British newspaper The Guardian. "I'm an enemy of stupidity and simple-mindedness in both men and women and I have rid my living space of these traits."

The festival will show six of her films from throughout her career, as well as premiere her latest work, Hezké chvilky bez záruky (Pleasant Moments), which stars her longtime partner in crime, Czech comedian Boleslav Polívka.

English speakers should check out some of the films in the profile of German director Wim Wenders, whom the prestigious World Festival of Foreign Films has credited with doing more than any German director to examine America's influence on the European subconscious.

His English-language films to be screened include Paris, Texas, a delicate character study written by American playwright Sam Shepard, and Buena Vista Social Club, the popular documentary about the renaissance of an outstanding group of pre-Revolution-era Cuban musicians.

But the real draw for English speakers is the Echoes of World Festivals section, which contains eight international productions, most of which are in English.

The featured films include Goya's Ghosts (Goyove prízraky), the new release by Academy Award winner Miloš Forman that stars Javier Bardem, Natalie Portman, Stellan Skarsgard and Randy Quaid; Me and You and Everyone We Know, an interesting take on a relationship between a lonely shoe salesman and an eccentric performing artist by American director Miranda July; Red Road, a drama/thriller by British director Andrea Arnold that won the Jury Prize at the Cannes Film Festival 2006; and Shortbus, a drama about sexuality and relationship therapy by American writer/director John Cameron Mitchell, who was nominated for a Golden Globe in 2002 for his performance in the independent rock musical Hedwig and the Angry Inch, which he also wrote and directed.

For additional details about Febiofest and contact information, visit www.asfk.sk.