Košice taken to task over prohibition

THE EASTERN Slovak city of Košice tried to clean up its streets and squares last May by completely forbidding the public consumption of alcohol, but now they will have to tone down the regulation out of respect for 'personal rights and freedom'. 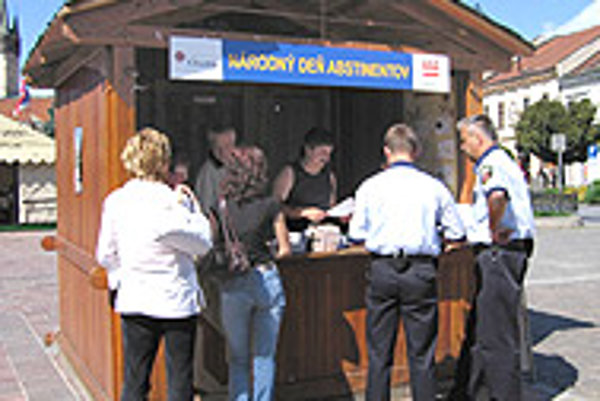 Font size:A-|A+0
THE EASTERN Slovak city of Košice tried to clean up its streets and squares last May by completely forbidding the public consumption of alcohol, but now they will have to tone down the regulation out of respect for 'personal rights and freedom'.

The spokesman of Košice region's general prosecutor's office, Milan Filičko, attacked the ban last November and requested that it be revoked. He claimed that ban went against the constitution and other established legal norms, such as the Charter of Personal Rights and Freedom, and also that, in approving a blanket prohibition of the consumption of alcohol in public, the city had overstepped its authority and encroached on individual rights and freedoms.

"Neither the constitution nor any other law permits the city to impose these restrictions," Filičko told the Sme daily. "The city can only make restrictions in areas where it enjoys full powers or in cases where the law directly specifies it."

According to Filičko, the current law only permits the city to limit or forbid the sale, distribution, or consumption of alcohol selectively, not completely.

"In the carrying out of its administrative duties, for example protecting the public peace, the city can forbid the consumption of alcohol only at certain times or in certain places," he said. "But not across the board."

However, not all agree that a ban on public drinking can be considered an attack on freedom.

"In some cities in the US you aren't allowed to drink in public," said Daniel Rusnák, the mayor of Košice's KVP district. "But at the same time [the US] is a model of the protection of personal rights and freedoms."

The city council prepared a draft for a revised regulation two weeks ago that would replace the blanket ban with gentler limits. The new regulation would permit the consumption of alcohol only in "places that are appropriate to it" and forbid it in other areas, including public parks, sports fields, churches, health care centres, schools, and the surrounding areas.

Other Slovak towns and cities besides Košice have tried in the past to curb anti-social behaviour through similar alcohol bans, but have also been knocked down by regional prosecutors for being 'unconstitutional'.

The city councils of Bratislava's Staré Mesto and Karlova Ves districts, as well as the eastern Slovak city of Prešov, have also tried to instate similar regulations in the past and have been dealt with similarly by the Constitutional Court.

In May 1995, Bratislava's Staré Mesto district banned begging and the consumption of alcohol in public. However, the Constitutional Court cancelled the ban, ruling that it was not in line with the constitution and the Charter of Personal Rights and Freedoms, and also that it went against laws such as the Law of City Governance and the Law of the Capital of the Slovak Republic.

The court responded in a similar way to Karlova Ves' attempts in April 1995 to curb drinking its streets.

According to the Constitutional Court, the district councils had overstepped their authority in trying to establish these restrictions.

Last June, Prešov's regional prosecutor attacked the city of Prešov's ban on public drinking, but did not receive any support from city representatives.

"We consider a blanket regulation for protection against the abuse of alcohol and the protection of non-smokers to be in complete agreement with the law," the mayor of Prešov's spokesman, Michal Kaliňák, told Sme.

Cities in the Czech Republic have also run into the same complications. Last year, the Czech Constitutional Court revoked public drinking bans that had been put in place in the town of Dobříš and in other towns around the country.