ONE OF the men convicted in the 1976 murder of Ľudmila Cervanová will stay in jail, after the District Court in Trnava ruled it couldn't approve his parole request on March 20. 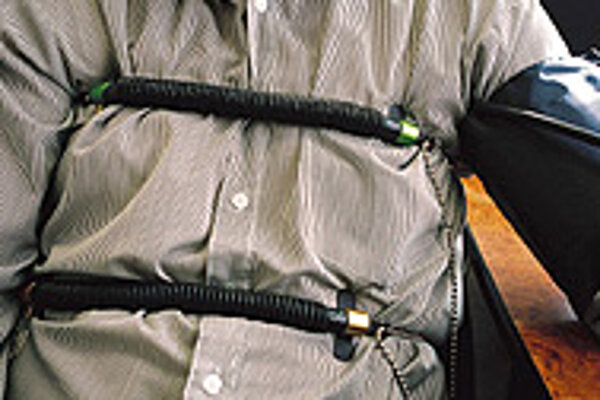 Font size:A-|A+
ONE OF the men convicted in the 1976 murder of Ľudmila Cervanová will stay in jail, after the District Court in Trnava ruled it couldn't approve his parole request on March 20.

Milan Andrášik will stay in the Leopoldov prison. The district court adjourned the parole hearing until April 19.

The president of the court senate said she had no basis on which to decide on Andrášik's release, as she did not have the written version of the verdict given by the Supreme Court in December 2006.

On December 4, the Senate of the Supreme Court, under the presidency of Štefan Michálik, found six men from Nitra guilty and sentenced Andrášik to 15 years in prison.

However, Michálik has not yet written the verdict. The spokesperson of the Supreme Court, Eva Rupcová, said the delay is due to the complexity of the whole case.

Andrášik's lawyer, Martin Kanás, told The Slovak Spectator he is upset with the delay.

"I am very surprised that the president of the Senate did not manage to write the verdict even three months after the judgment was given. Even though he somehow managed to write the arrest warrant," he said.

"Immediately after the judgment was pronounced, Milan Andrášik was imprisoned, and now the extension of the deadline for completing the judgment constitutes an obstacle that prevents my client from being released."

According to him, Andrášik's behaviour was not at the level required in that phase of his imprisonment, as he harmed himself by embarking on a hunger strike. But the reference went on to say Andrášik is now stabilized and cooperative.

Kanás told The Slovak Specatator he disagreed with the description. He said Andrášik kept the hunger strike for 35 days as a form of protest against the Supreme Court's verdict, which he considered unjust because he feels he is innocent.

"Maybe the only way to show a protest in prison is to keep the hunger strike," Kanás said. "Such a hunger strike cannot be mistaken for deliberate self-harm.

"And besides, Milan Andrášik lived an irreproachable life for the 16 years he was at liberty, from the time he was released by the Czechoslovak Supreme Court until the Slovak Supreme Court gave its verdict. What bigger rehabilitation can you show than this?"

Andrášik was one of six Nitra residents convicted of raping and murdering Ľudmila Cervanová, a young medical student, on July 9, 1976. In September 1982, they were found guilty and each was sentenced to prison for between four and 24 years.

In March 1990, the Czechoslovak Supreme Court revoked the verdict because of 72 errors found in the process and instructed the Regional Court in Bratislava to re-open the case and bring a verdict.

The case languished in Slovak courts for 16 years until the defendants themselves requested the continuation of the trial.

On December 4, the Slovak Supreme Court increased Andrášik's sentence from 13 years to 15. The court also increased the sentences of two other accessories to the Cervanová murder - Stanislav Dúbravický and Miloš Kocúr. It confirmed the 11-year sentences for František Čerman, Pavol Beďač and Juraj Lachman.

By August, Andrášik will have served two-thirds of his sentence, which will allow him to ask for conditional release.

Recently, Andrášik asked the director of Leopoldov prison for permission to take a lie detector test. The head of the Prison and Judicial Guard Force, Oto Lobodáš, refused, saying it would be impossible due to the "law on the sentence or any other generally obligatory legal rules".

But Allan Böhm, the lawyer representing two of the other convicted men, told The Slovak Spectator that none of these legal rules prohibits such a test.

Four other convicted Nitrans who are now free recently took the polygraph test. All four tests unambiguously showed that none of them had anything to do with Cervanová's murder.