Slovak police have kept silent for many months now about the investigation into the blackmail allegedly committed by famous Slovak businessman Ladislav Rehák and influential lawyer and former president of the Czechoslovak Constitutional Court, Ernest Valko. 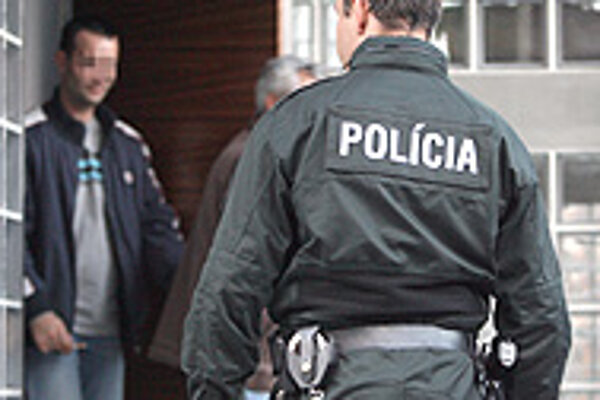 Font size:A-|A+0
Slovak police have kept silent for many months now about the investigation into the blackmail allegedly committed by famous Slovak businessman Ladislav Rehák and influential lawyer and former president of the Czechoslovak Constitutional Court, Ernest Valko.

"The investigation is continuing. It is not possible to say more at the moment," Martin Korch, the spokesman for the Police Force, told The Slovak Spectator.

Korch did not answer questions concerning the much-publicized news that police have recently accused Viliam and Rastislav V., the father and son who insisted in July 2006 that Valko, Rehák, and Rehák's sons Martin and Juraj blackmailed them.

According to information obtained by The Slovak Spectator, even Rehák and Valko themselves have not been informed about the investigation's progress. Their attorney Ondrej Mularčík spoke on the TA3 channel on March 18, 2007.

"We have no access to the file," he said. "Basically, we do not have enough information about the investigation for our clients to prepare their plea. We do not know how to react."

The Slovak Spectator has gained access to exclusive documents that question the moral credit of Rastislav and Viliam V.. The documents suggest that on July 4, 2006 at 10:00, Viliam and Rastislav V. acknowledged their Sk15 million debt to Rehák during a meeting that was also attended by Rehák's son Martin, Valko, and others. Their debt was incurred by their failure to observe a contract. They purchased plots of land in the western Slovak Záhorie for Rehák's company for a higher price than stated in the contract. By signing the meeting's minutes in front of a notary, Rastislav and Viliam V. not only recognized their debt but also pledged to repay it on the same day. However, before evening they had already changed their minds. At 21:00 they went to the police and claimed to have been blackmailed by Rehák and Valko and said they had only signed the minutes under strong psychological pressure.

Viliam V. said in his testimony that he felt blackmailed by Valko and Rehák's son, who he says tried to explain to him and his son that according to the law they had broken the contract.

"After Valko and Rehák Jr. came in, they started to exert strong psychological, expert, and legal pressure on us," the testimony reads. "It seemed they tried to threaten us with legal terms and used several words that neither me nor my son understood."

He continued: "They put me under such mental stress that even now I feel pain around my heart and a headache."

Rastislav V. said he also felt put under pressure and at the end of his testimony said, like his father, that "I am currently under such mental stress that I am not able to give evidence."

However, in spite of their severe psychological stress and pain around the heart in July 2006, Viliam and Rastislav V. both wanted to continue working for Rehák in September.

Their attorney, Eva Krchňavá, wrote to Rehák's company in their name on September 14, 2006, more than two months after the alleged blackmail attempt, to say that Viliam and Rastislav V. will proceed with the purchase of the plots in Záhorie for him, as they are authorized to through the contract.

Another document obtained by The Slovak Spectator, signed by Magdaléna B., the grandmother of Rastislav V., implies that she started taking steps when it seemed that a flat on Komárnická Street in Bratislava that she had given to Rastislav V. might be handed over to Rehák's company to cover the debt. She went to court to request the annulment of the document confirming her gift. In the written request she admitted that the "withdrawal [of the gift] is due to personal reasons" as Rastislav V. "treats her rudely and by not fulfilling the agreed conditions offended against propriety."

It is unknown whether Magdaléna B. decided to write such a request in order to prevent the apartment from being taken away by the investigating authorities or whether her grandson really treated her so badly.

In the beginning, the police did not put an information embargo on the case. On the contrary, the police and prosecution arranged a show of strength and a dramatic arrest.

In November 2006, police arrested Rehák and Valko around noon. Valko was arrested on the street. Police blockaded his car, ordered him out and seated him in a police car that drove him to jail. Shortly after, up to 20 policemen entered Valko's office and searched it, removing many legal files belonging to Valko and his clients. None of the three men had been accused of blackmailing Viliam and Rastislav V. at that time. Police did not accuse them until the next day, after they had all spent the night in a prison cell.