SLOVAKIA is in a better position to adopt the euro in 2009 now that the European Central Bank has agreed to a new median exchange rate for the crown, economists say. 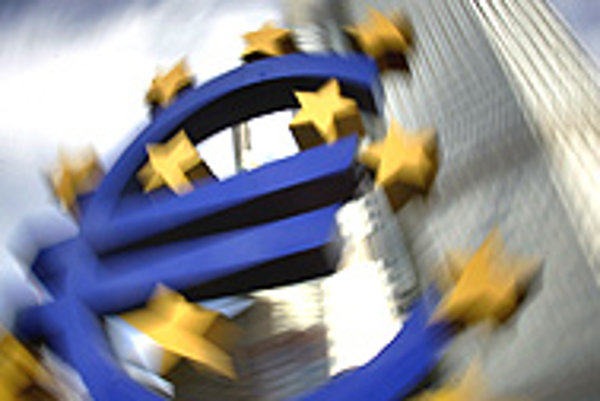 Font size:A-|A+0
SLOVAKIA is in a better position to adopt the euro in 2009 now that the European Central Bank has agreed to a new median exchange rate for the crown, economists say.

European institutions approved the proposal of the National Bank of Slovakia and the Finance Ministry to reduce the central parity, or median exchange rate, of the crown against the euro to Sk35.4424 per euro.

The change went into effect on March 19, making the reality of Slovakia's euro adoption on schedule in 2009 ever more likely.

"The chances of meeting the criteria for euro adoption are more and more feasible," said Igor Barát, the governmental official in charge of euro adoption.

The crown can sway up to 15 percent in either direction from the new exchange rate, making its new upper and lower limits Sk40.759 and Sk30.126 per euro, respectively.

However, there is an unwritten rule saying that if a currency's value decreases, it should not be by more than 2.25 percent. So the real limit that Slovakia should not exceed if it drops in value is Sk36.24 per euro.

The previous central parity of Sk38.455 per euro had been in effect since November 2005, when Slovakia joined the European Exchange Rate Mechanism (ERM) II - a system designed to reduce the differences between European currencies before they enter the eurozone. It's known as "the waiting room for the euro".

Economists predict the Slovak crown will probably come closer to a new record high thanks to the exchange rate decision. Mário Blaščák, an economist with Allianz-Slovenská DSS, estimates that the currency could strengthen up to Sk33.20 per euro.

According to the European Commission, the strengthening of parity can help Slovakia maintain stability in its economy.

A more stable exchange rate for the euro is an advantage for those who go abroad for holidays or shopping. It also makes imported goods cheaper and lowers inflation.

But for exporters, the strengthening represents a threat because it makes their products more expensive, and thus less competitive.

The decision to change the exchange rate didn't come as a surprise, as the crown has become 12 percent stronger since November 2005.

Just one crown divided the Slovak currency from the limit of Sk32.80 per euro, and had the central parity not been changed, Slovakia would have been in danger of breaking the limit and falling out of the ERM II mechanism.

By agreeing to shift the exchange rate, the EU recognized that the crown's growing strength is a sign of a significant and sound economic growth, and not just the result of speculative pressures. The EU's decision acknowledged that the interventions of the central bank - first against the weakening of the crown and later against the strengthening of it - were reasonable and that Slovakia's exchange rate has been developing at a constant and steady rate.

"Our economy is growing much faster than economies in the eurozone, and Slovakia has been approaching, through the strengthening of the currency, the standard of living enjoyed by developed European countries," said Viliam Pätoprstý, an economist with UniBanka.

He added that the strengthening of the official exchange rate is in line with the country's economic development.

"We are in the 'line of confidence' from the view of the European Union, and that is why the decision was made," Pätoprstý said.

So far, the EU has changed the parity for two countries that have introduced the euro: Greece and Ireland. Blaščák said Slovakia could end up being the first country to revalue its parity twice.

The definitive exchange rate Slovakia will have when it transfers to the euro should be set out by mid-2008. Pätoprstý estimates it will be somewhere between 32 and 33 crowns per euro. Blaščák sees the crown even lower.

The stronger the definitive exchange rate is, the higher the value of Slovak wages, savings, apartments and investments. It also means that Slovakia's living standard will be closer to the European average, which will push Slovakia ahead in the race to catch up with that of the EU's more developed countries.