Who takes care of your money?

ANYONE who wants to work as financial consultant abroad has to undergo three years of training and pass exams in order to get an official certificate. People who want to go into financial consulting in Slovakia - and possibly make a lot of money in this profitable business - do not have to walk such a demanding path.
demand on the market. 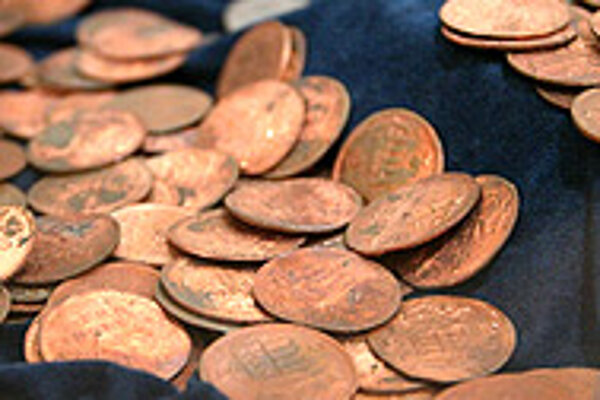 Font size:A-|A+
ANYONE who wants to work as financial consultant abroad has to undergo three years of training and pass exams in order to get an official certificate. People who want to go into financial consulting in Slovakia - and possibly make a lot of money in this profitable business - do not have to walk such a demanding path.

"Certified financial consultants as we know them from highly developed markets are the future we dream of," Slavomír Šťastný, a National Bank of Slovakia board member, told the Hospodárske Noviny daily.

Slovakia's premiere economic educational institution, the University of Economics in Bratislava, does not have a study programme for future financial consultants - even though experts say such programme would be in high demand on the market.

Companies that provide financial consulting services here have to take care of the training themselves. Companies such as OVB Allfinanz, AFS SK, AWD, FinCO & Partners, EuroFin Consulting and others train financial consultants in Slovakia.

No consistency in training

A candidate has to take a general introductory course about financial markets and the whole financial business, Šuchaň said. The course usually takes one month with three, four-hour lectures each week. The curriculum and the duration vary from company to company, though - there are no mandatory components a candidate has to learn.

The courses are managed by regional branches and not the company as a whole, so minor differences in curriculum can be found even within one company.

After an introductory course, the candidate has to pass a commission exam consisting of a written test and a case study to prove his or her ability to communicate with the client and react to the client's requests.

If they are successful, consultants undergo some more training before they can serve their first clients.

Even after they are successfully integrated into a consulting company, consultants attend regular seminars to learn about their employer's strategies. They often attend lectures given by people from particular financial institutions, such as insurance companies or banks.

"Allianz Slovenská Poisťovňa runs expert seminars, particularly those where consultants learn about new products, the current situation on the financial market, business, and marketing," said Boris Krnáč, the Allianz director for cooperation with financial companies. Financial consulting companies can choose from 20 topics ranging from the personal development of a consultant, to communication, to skills needed to sell and advise.

"We cover all aspects of a consultant's job," Krnáč said.

Not only experts from banks and insurance companies, but also consultants themselves work as teachers as they progress in their own education.

"The system is formed in such a way that a consultant takes part in training new consultants after gaining certain skills," Šuchaň said.

Even though the University of Economics in Bratislava does not have a financial consulting programme, the Faculty of National Economy offers subjects such as collective investment that are often seen as the first step to such a programme.

"Financial consulting as an academic programme would for sure be in place," Krnáč said. "Students would learn many skills that have a wide range of use in any business sector."

Public universities do not focus on educating financial consultants. However, a private school in Banská Bystrica, a branch of the Czech Bankovní Institut College, offers a unique bachelor programme in financial consulting, Makléř. The school has entered its fourth year in Slovakia, said Jozef Medveď, vice-principal of the Slovak branch.

"People are not interested in this programme as much as in banking, for example," he said. "But this year a third of the candidates applied for Makléř."

Makléř has about 30 applicants a year.

"The problem is that this profession has not been formed as a profession with a licence," Medveď said. "It's completely different in the rest of Europe, though. After adopting the euro, changes entering the Slovak financial market will make it necessary for financial consultants to have a licence in order to perform their job."

Michal Šuchaň is currently studying at the University of Economics.

"I have learned all I need to know about financial markets and gained general knowledge at the university," he said. "But as a consultant I need more practical skills that I have gained while working for my clients."

Šuchaň said it is also important for consultants to continue their education throughout their careers. They need to be continuously updated with changes in the market.

"Lifelong education is very important, mostly because the consultant manages the portfolio of a client for life," Šuchaň said.

At the end of the day it all comes down to being accomplished.

"It's not only knowledge that makes a good consultant," Šuchaň said. "Even the best experts would never be successful if they are not able to sell themselves."