THOUGH IT may not look like it, the city depicted in this reproduction of a mid-19th century painting is Bratislava. 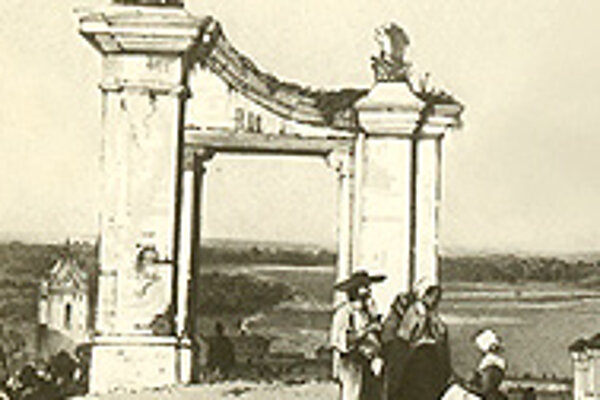 Font size:A-|A+0
THOUGH IT may not look like it, the city depicted in this reproduction of a mid-19th century painting is Bratislava. The artist created it by climbing the castle hill and painting with the castle to his back. In front of him was the swollen Danube and its many branches, which had yet to be regulated, so its waters, and floodplain forests, extended to where Petržalka is now.

A church and few scattered houses already existed by that time, but are not seen in this postcard. The pontoon

bridge was the only way to get to the opposite bank of the river. Beyond the hill are a few roofs of Podhradie, a former part of Bratislava, of which only a few houses and the Victory Gate, built in the late 18th century, remain standing today.

This view of old Bratislava was first published as a postcard sometime during the First World War.

The picture below shows what the location looks like nowadays.