AS AN AMERICAN coming to Slovakia years after communism ended, I have always been curious about what life was like here then. Were people as desperate for western goods as we heard? 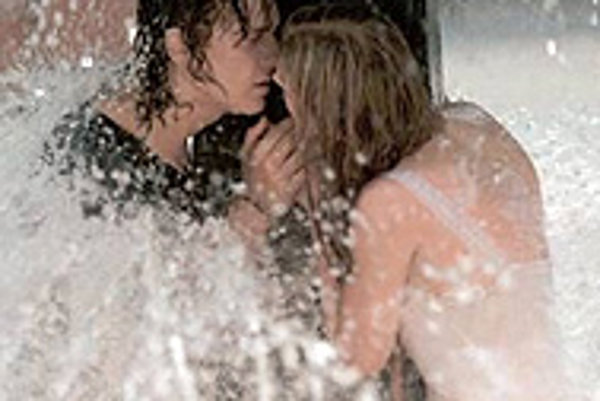 AS AN AMERICAN coming to Slovakia years after communism ended, I have always been curious about what life was like here then. Were people as desperate for western goods as we heard? Did lines for toilet paper and bananas stretch for blocks at a time? Did everyone inform on everyone else, did they live in constant fear, and were they all secretly plotting to escape over the border at the first chance?

Three films widely available on DVD for rental or purchase and with English subtitles provide an inside look at life in communist Czechoslovakia that is sometimes comical, sometimes poignant, and always fascinating. Fontána pre Zuzanu (A Fountain for Suzanne) (1986) is the only one of the three actually produced during communism (and, oddly, the only one that makes no reference to communism), while Pelíšky (1999) and Pupendo (2003) are a look back at crucial decades in the country's history.

The story follows two teenaged girls, Zuzana (Eva Vejmělková) and her best friend, Bela (Katarína Šugarová), through a 1980s summer spent on the mean streets of Petržalka. The girls are new primary school graduates; Zuzana has just been accepted to gymnasium, but Bela has not. Over the summer, both girls fall in love for the first time. Bela falls for Viki (Robo Grigorov), a member of an urban motorcycle gang who is seen only once or twice without his helmet, while Zuzana goes for Olino (Jiří Bábek), a genuinely sweet and caring young man. But Olino is destined to be an auto mechanic at best, and this seems to be the basis for her parents' objections to their growing relationship. Olino's response is to demonstrate his passion for her by rebuilding a cement fountain that stands, dry and crumbling, in the shared courtyard of their shabby cement high-rises. It's a Herculean task, but when it is done, they dance under the spray and kiss with all the earnestness and ardor of first love. But the summer is nearly over, and Zuzana will soon be off to gymnasium ...

Fontána pre Zuzanu is a slice-of-life film that beautifully captures the summer-long border between childhood and adulthood, and on that border, political systems - communist or otherwise - are completely irrelevant.

Filmed in 1999, Pelíšky takes two Prague families through the last six months before the infamous Prague Spring of 1968. The movie opens with the comically bungled suicide attempt of the hapless teenage son of one of the families, over his unrequited love for the daughter of the other. It ends as the first Soviet planes fly over the city.

Pelíšky translates loosely as Cozy Dens, and it's a good description of how these two families live cheek by jowl with each other, alternately tolerating and obsessing about each other's foibles. One character, slavishly devoted to communism, tries to prove Soviet superiority through demonstrations of "unbreakable" glass and plastic spoons, with hilarious results. A pair of terminally competitive brothers imperil their own and their family's lives with wild feats of one-upmanship. A teenager yearns for stylish western boots for Christmas, and is surprisingly tender toward the father who proudly presents him with a sturdy Soviet military pair. A young girl loses her mother just when she needs her most, then gains a stepmother who seems to truly care. And through all of these family dramas, large and small, rumors and hopes of a better tomorrow, a tomorrow a little less Soviet and a bit more free, waft like a gentle summer breeze through an open window. Czechoslovak independence seems so close, these characters can practically reach out and touch it.

Pelišky is an enthralling look at a hopeful time, just before the iron curtain snapped shut on Czechoslovakia for another 21 years. It is real and human, outrageously funny and, ultimately, heartbreaking.

Pupendo also takes place in Prague during the communist era. But while Pelíšky deals with two ordinary families in the approach to Prague Spring, Pupendo focuses on artists in the 1980s. The tone is often quite light, and there are some very funny moments, but the film makes it abundantly clear that these artists do suffer under the constraints of communism.

One, an elderly art historian, is homeless when we first meet him, ostracized and socially isolated because of his nonconformist views. Another, a master sculptor, is forced to mass-produce first piggy banks and then, in an astonishingly humiliating step downward, banks in the shape of human derrieres, with ears attached like handles at the hips. While these artists starve and connive and try to maneuver a little elbow room within the confines of the system, other, more ordinary people seem to be getting along just fine.

As in Pelíšky, a school principal who appears to be a card-carrying communist is made out to be a basically decent but slightly ridiculous fellow. And, like Pelíšky, the characters in Pupendo share an enviable warmth and easy intimacy with each other.

But Pupendo is ever so slightly sharper and more restless, with characters who are clearly suffering the ill effects of communism, and questions about who among friends can be trusted. It's a thoughtful film that opens a window on a world now part of Slovakia's past.