LIKE EVERY GOOD documentarian, photographer Illah van Oijen is fascinated by human interest stories.
"Holland has a great tradition of documentary photography that uses a sterile, technical style, but focuses on people," the Dutch native said while sipping tea and speaking to The Slovak Spectator. "I'm trying to return to those roots." 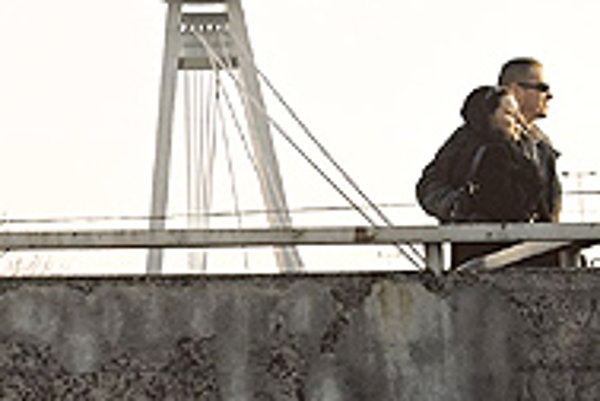 "Holland has a great tradition of documentary photography that uses a sterile, technical style, but focuses on people," the Dutch native said while sipping tea and speaking to The Slovak Spectator. "I'm trying to return to those roots."

So after living in Bratislava for more than a year, she's started a project in cooperation with the Citylab NGO that will examine how the city's transforming landscape and rapid modernization has affected its residents' quality of life, environment and identity.

"What we do to our landscape and environment shows who we are as people," she said.

The project is called Human Landscape of Urban Slovakia. It consists of a book, to be published in October, a website and a summer seminar. The book will contain van Oijen's pictures of Bratislava alongside essays written by city planners, architects and sociologists that relate stories about the history of the sites shown. Dutch author Tijs van den Boomen, who writes about architecture and public space in the Dutch media, will edit it and write the introduction.

"What strikes me about Bratislava is its layers," van Oijen said, "the faces of its centuries of history living side-by-side. Telling those stories is sometimes better done with a whole photo, or sometimes by focusing on a detail."

And in a move that presents a fascinating challenge for any Bratislavan looking to practice their written English, the project is holding an essay contest to find one essay by a member of the general public to be included in the book.

The contest's grand prize also includes Sk10,000 and publication on the project's website, which kicks off with a launch party at the Bastart Gallery in Bratislava on April 14 at 19:00. The essay should be 500-1200 words, and can be in English or Slovak. The deadline is May 15.

"It's the democratic process," van Oijen said. "I really want to hear from the people who live in Bratislava, what they think and feel about what they're seeing and experiencing around them."

The essay should be creative, but must focus on feelings and thoughts related to the use of urban space in Bratislava. Examples of possible formats include interviews with your neighbors, a story from your childhood, an essay based on historical research, or just something from your imagination.

If photography is an avenue of expression more to your liking, the project is open to considering photo submissions for publication in the book as well.

For example, the subject of one of van Oijen's photographs of Bratislava is humorous, and deceivingly simple: a port-a-potty alongside a dirt road.

"Wherever you see port-a-potties in Bratislava, there's construction, which means change," she explained.

"People find this project really interesting, but a lot have said I should do it in Košice, where things are still just on the brink of major change," she continued. "I like that idea, but Bratislava is a great starting point."

To learn more about Illah van Oijen, go to www.illahmaria.blogspot.com. To submit your ideas for the Citylab essay contest, write to info@citylab.sk.