A SPECIAL fund for Slovak non-governmental organisations (NGOs) was launched on March 27, entitling Slovakia to approximately Sk197 million (€5.9 million) in grants by 2009. 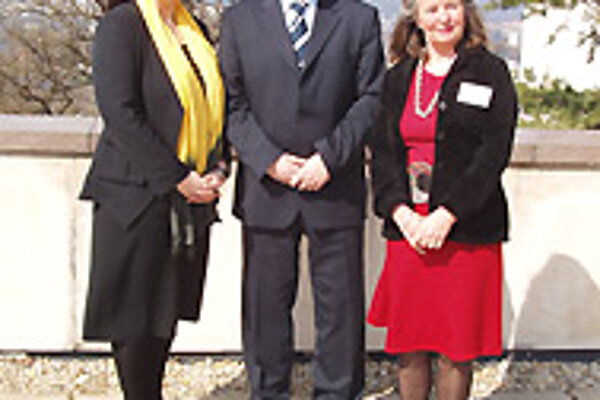 The Slovak Republic promised to fund 15 percent of the EEA grants.

Under the Income Tax Act amendment that came into effect on January 1, NGOs dealing with human rights, the environment and civil society will be excluded from receiving donations from individual and corporate taxpayers from 2008. The EEA grants will particularly help NGOs in those fields.

Three Slovak NGOs will pass along the funding as grants to other NGOs. In January, the grant donors approved one Slovak NGO from each of the three fields selected by the fund.

The SOCIA foundation was chosen for the field of social inclusion. It focuses on supporting people in need, like the elderly, the handicapped, deprived and abandoned children, women facing domestic violence, drug and alcohol addicts and homeless people.

The Ekopolis foundation will award grants in the field of sustainable development support. It will deal with issues concerning environmental and cultural heritage protection, as well as civic control of the authorities.

The Open Society Foundation will work in the human rights implementation field. Their main focus is on protecting human rights, and strengthening the equal treatment principal of the judiciary.

These NGOs were chosen as intermediary organisations because of their "burning hearts and professional competence", said Liv Monica Bargem Stubholt, the state secretary of the Norwegian Foreign Affairs Ministry.

She said she was convinced their enthusiasm and vast experience will produce positive results.

The three chosen NGOs should focus on the grant selection process, as well as on the end results of the projects, Bargem Stubholt told The Slovak Spectator.

"EEA grants are the first cooperation of this kind and it is important to gain concrete results while proving it was a good idea," said Bargem Stubholt. "As the English say, the proof is in the pudding."

This kind of cooperation could also lead to further cooperation between Slovakia and Norway, particularly in the field of minority issues, she said.

"Norway still has things to improve in its policy for minorities, but the NGOs have gained much experience in dealing with this issue," Bargem Stubholt said.

She added that their experience might be useful for Slovak NGOs focusing on minority and anti-discrimination issues.

SOCIA, Ekopolis and The Open Society Foundation are currently preparing their grant criteria.

The financial support planned for the NGO fund is only a fraction of what Slovakia will receive from the EEA FM and Norwegian FM. Norway, Iceland and Liechtenstein are expected to pour more than Sk2.35 billion (approximately €70.2 million) into other sectors such as education, research and health and childcare.

Liechtenstein and Iceland are among the smallest states in the world, each having a lower population than Bratislava. They will cover about five percent of the EEA grant expenses.

Norway will send a total of Sk2.23 billion (€67 million) to Slovakia - the fourth highest amount of financial support they have provided through the EEA FM and Norwegian FM grants.

The same financial mechanisms have also provided grants divided in a similar way to other European Union states, including the Czech Republic, Hungary and Poland.

The organizations and managers involved in the grant project will answer to the office for the EEA and Norwegian Financial Mechanisms in Brussels. There will also be a national focal point based in Slovakia that will coordinate the use of funds.

The awaited EEA grants will be under the jurisdiction of Deputy PM Dušan Čaplovič. At a conference launching the fund, he guaranteed the grants would be administered effectively and transparently.

Bargem Stubholt said the biggest difference between Norwegian and Slovak NGOs is that Norwegian NGOs are involved in the state's decision-making process.

"In Norwegian society, it is rare that an important decision is made without giving an opportunity to the NGOs to submit their observations," she said.

However, she added that integrating NGOs in discussions about important issues doesn't mean the authorities blindly follow all their instructions.