Is the arms trade corrupt?

IN THE WAKE of the recent uproar over Economy Minister Ľubomír Jahnátek's endorsement of using 'non-traditional business methods', Ivo Samson, an analyst with the Slovak Society for Foreign Politics think tank, told The Slovak Spectator that bribes, commissions and similar sweeteners are common in the arms trade. 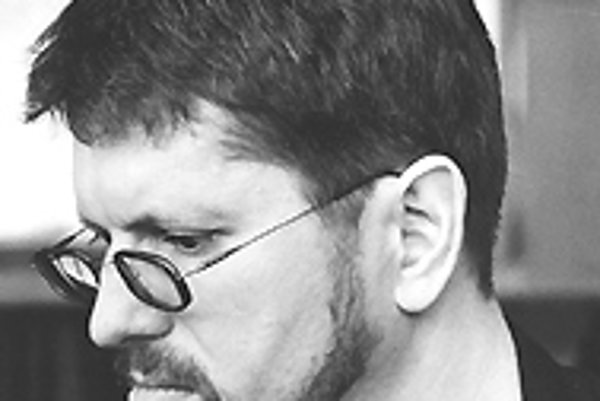 Font size:A-|A+0
IN THE WAKE of the recent uproar over Economy Minister Ľubomír Jahnátek's endorsement of using 'non-traditional business methods', Ivo Samson, an analyst with the Slovak Society for Foreign Politics think tank, told The Slovak Spectator that bribes, commissions and similar sweeteners are common in the arms trade.

"The arms trade is very non-transparent and it would not be surprising if such 'dirty money' and bribery really was at work there. The minister confirmed that, whether he meant to or not. The word 'bribe' was used by the journalist, but Minister Jahnátek either did not notice it or he wanted to prove - as a real businessman - that he was an insider, that state companies are able to compete with private companies."

Samson is sure - as Jahnátek's words imply - that the Economy Ministry fights continually with private companies.

Samson continued that trading with many countries, especially African, is simply not possible without bribes.

"This is an area where trade is based on certain principles. This is really the only way to get the deals - no matter whether the bribes go to ordinary officials, or senior state representatives, including heads of states."

Ondrej Varačka, who was the head of the Management of Trade with Sensitive Goods Department at the Economy Ministry until 2004, confirmed Samson's words.

"The whole arms trade is based on personal contacts and meetings," he told the Sme daily on March 23. "You can hardly get anywhere in some developing countries without corruption."

However, he said, that does not inevitably mean financial compensation. "You can also reach the dealer through an agent for whom you also do a favour in exchange for his help."

However, many analysts point out that Jahnátek's words contradict the OECD Anti-Bribery Convention, which Slovakia helped draft in 1997 and ratified in 1999.

Roy Isbister, the head of arms control for the European Union in the London-based Saferworld NGO, was shocked to hear that Jahnátek had openly admitted that state companies engage in "unconventional forms of trade" to score arms deals.

"It's shocking," he said in Sme on March 22. "Slovakia is signed up to the OECD Anti-Bribery Convention, and even helped draft it in 1997."

What surprised Isbister most was Jahnátek's candidness in admitting to corruption.

"It's more the bald statement which stops you in your tracks," he said. "I would hope that a number of other EU states and other people in the Slovak government would question what he's got to say. I would also hope that pressure would come from Slovakia's partners in the EU, the OECD and so on."

Samson thinks that while corruption is part of the arms trade around the world, in Slovakia it is much more prominent.

"Like other central and eastern European countries, we struggle with the post-communist syndrome," he said. "Slovak arms export is quite well monitored thanks to our legislation. In spite of that, serious scandals related to arms exports still have not escaped Slovakia."

Slovakia does not have representation in every country in the world, so companies exporting arms often do not have anyone abroad who can confirm that their arms deliveries arrive in a country that their licence allows.

"It is simple - to have someone in every country in the world is possible for a big nation like the US, but we do not have such a network of embassies," said Samson. "And this is precisely where the most shifts and changes of final customers take place."

According to Samson, Slovakia's 2002 arms scandal still has not been explained. The Slovak intelligence service (SIS) first criticized illegal trade in its annual report. It claimed that cracks in the system had appeared due to the fact that too many licences and concessions for arms exports had been issued.

"The Slovak Republic has become a transport corridor for the trafficking of arms and a country where illegal trades are legalized," the report read.

Samson said that this has never been confirmed.

However, the British Jane's Intelligence Digest immediately accused the SIS themselves of being involved in illegal arms trades.

"This most probably was an 'intelligence game' that still hasn't been revealed," Samson told The Slovak Spectator. "My guess is that two groups were fighting for the same arms trade territory. The SIS wanted to get a monopoly but some other group wanted to stop it. And the other group succeeded by using the same weapon as the SIS usually does - disrepute and disinformation."

Connections between the arms trade and the intelligence services surfaced a second time at the end of August 2006 when Ľubomír G. became the head of the Department of Interior Intelligence in the SIS. He had a history of working for several companies that traded in weapons - DMD Holding, PPS Detva and the ZŤS. He had also been the vice-president of the Association of the Defence Industry.

The greatest Slovak scandal, however, happened when the UN General Assembly issued a document in 2001 labelling Peter Jusko, a Slovak citizen, a member of an international illegal trade network. According to the report, he had declared that he was exporting arms to Guinea, but they ended up in embargoed countries such as Liberia, Sierra Leone and Angola.

However, Jusko was never convicted.

"Nobody in Slovakia has been convicted for the illegal arms export, although several charges have been filed," Samson said.

When asked by The Slovak Spectator how many people have been accused of illegal arms export and how many cases have gone to court, Police spokesman Martin Korch answered that "It is not possible to give a definite answer, as the subject of your question is classified as illegal armament and it is not possible to give statistics that would satisfactorily answer your question."

"Maybe the charges really have a feeble basis. But it is also possible that the police and prosecution withdrew the charges because of corruption," Samson added.

The fact that Fico's government has been stressing the importance of the arms trade is evident from his official foreign visits and the list of businessmen accompanying him.

Fico chose businessman Miroslav Výboh to accompany him on his trip to Libya. Výboh is the owner of an arms company called Willing. When Fico went to Israel, he was accompanied by Ivan Šubrt, a business associate of Výboh's.

Willing received a commission of Sk238 million, the Pravda daily reported on March 27, for a delivery of helmets for the Slovak army. Šubrt has been part of the state-owned Martinská Teplárenská heating plant since last year.