SLOVAKIA'S MAIN airport needs both money and remodelling.
However, instead of the Sk18.9 billion (€562 million) that the TwoOne Consortium had offered to invest into Bratislava's M.R. Štefánika Airport by 2015, the airport will have to make do with the state's offering of approximately half of that with a deadline of 2020. 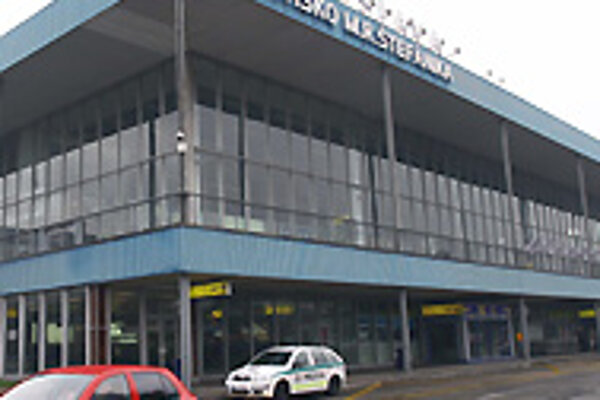 However, instead of the Sk18.9 billion (€562 million) that the TwoOne Consortium had offered to invest into Bratislava's M.R. Štefánika Airport by 2015, the airport will have to make do with the state's offering of approximately half of that with a deadline of 2020.

The TwoOne Consortium, made up of Flughafen Wien AG (the operator of Vienna's Schwechat Airport), the Austrian Raiffeisen Zentralbank, and the Slovak private equity group Penta Investments, won a tender for a 66 percent share of the airport's operator, Airport Bratislava a.s., in February 2006. However, the consortium was knocked out of the running when the Anti-Trust Bureau rejected the sale in mid-August, saying it would create a regional monopoly and negatively effect prices and service quality at the airport.

Although the airport remains in the state's hands and the responsibility of the Transport Ministry and the Slovak National Property Fund, it still needs renovating if it wants to be able to deal with the effects of Bratislava's growing regional importance and also be able to compete with other Central European airports.

Bratislava Airport has seen a 400 percent increase in passengers over the past three years. It served almost two million passengers in 2006 and expects this number to increase by 20 percent this year. Should this trend continue, the airport will urgently need greater capacity and higher quality service.

František Stolárik, the executive director of Airport Bratislava a.s., and Transport Minister Ľubomír Vážny recently presented a strategic plan for the future development of the airport. However, the plan raised disputes as to whether the state investment will provide more than just some 'cosmetic changes' to the 36-year-old airport.

"I don't understand why there are doubts regarding the state developing the airport," Vážny said after the Anti-Trust Bureau cancelled the sale of the airport. He said the only difference between the two proposals is the timeframe.

"The initial investor wanted to implement the changes immediately, while we plan to do it gradually," Vážny said.

The TwoOne consortium is considering filing a suit against the state for what it termed the 'invalid cancellation' of the airport's privatization.

"We are fully prepared for an international suit," Martin Danko, PR manager of Penta Investments, told The Slovak Spectator. Penta is waiting for a definitive decision from its Austrian partners, as the suit has to be filed by the consortium as a whole.

The airport's renovation will be carried out in three phases, said Zora Kalousková, PR Manager of Airport Bratislava a.s.

The first phase, during which equipment and facilities will be improved to conform with Schengen criteria, should be carried out over the next two years and cost around Sk400 million (€11.9 million). During this phase the parking lots will be expanded the arrivals lounge and check-in area will be joined.

During the second phase, a second terminal with an annual capacity of 3.2 to 4.5 million passengers should be built along with a train station that will connect the terminal to Slovakia's rail network.

The third phase will see the completion of the new terminal and station along with the construction of more parking lots, a commercial zone and accommodations for travellers.

"We are able to cover a significant part of the expenses, while the rest will be financed by loans," Kalousková said. "We are also counting on the private sector and on support from EU funds," she added.

The government plans on classifying Airport Bratislava a.s. as the state's 'strategic company', however experts say this will not help bring more financial support to the airport. If the amendment to the Large-Scale Privatization Act is passed, the government will secure its 51 percent share in Airport Bratislava a.s. while the rest will remain with the Slovak National Property Fund.

The investment that was being offered by the TwoOne Consortium included plans to build a second terminal, renovate the runway, install an automatic luggage handling system and construct two open and two multi-storey car parks, according to documents provided by Penta Investments. TwoOne also had plans to build what they termed 'the CAT' (City Airport Train), a rail connection between Bratislava and Vienna.

Running out of room

The biggest problem at the Bratislava Airport is the conflict between its limited capacity and growing demands, which both influence the quality of service provided, said Kalousková.

"The second terminal, parking lots and alternative connections with the city are the three things the airport needs most," SkyEurope airlines spokeswoman Gabriela Horváthová told The Slovak Spectator. She added that the terminal is the most overloaded in summer when the number of passengers is the highest.

The Bratislava Airport plays a significant role in tourists' experience of the Slovak capital and maybe even in their experience of Slovakia as a whole.

Craig Birrell of Middlesbrough, UK has flown to Bratislava several times, and considers its services to be up to standard for a smaller airport. He said he would welcome some changes, though.

"The waiting at the airport would be more enjoyable with a bigger choice of shops and cafes," Birrell said. "Sometimes it gets boring in the departure lounge, not to mention at night when almost everything is closed," he added.

When asked about the long waits for luggage that happen when a number of planes land at the same time, he said he was used to waiting at UK airports as well.

"Bratislava Airport has a long way to go, but I believe it will get better every time I come back," he said.