NOW THAT Slovakia is preparing to enter the Schengen area, Košice is becoming an important eastern gateway not only for Slovakia but for the whole international zone. With that rising profile come growing challenges for the Košice International Airport - including changes to passport control, new terminals and improving conditions for asylum seekers waiting at the airport. 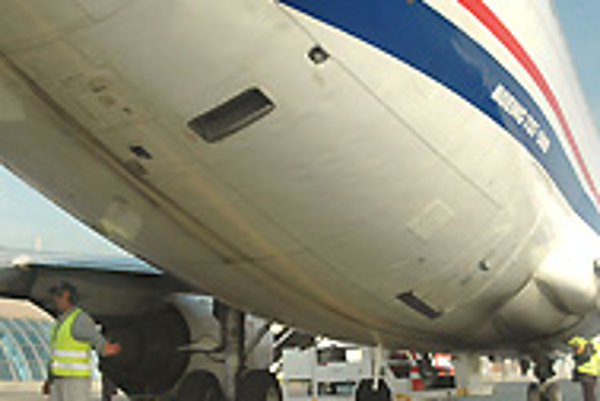 Font size:A-|A+0
NOW THAT Slovakia is preparing to enter the Schengen area, Košice is becoming an important eastern gateway not only for Slovakia but for the whole international zone. With that rising profile come growing challenges for the Košice International Airport - including changes to passport control, new terminals and improving conditions for asylum seekers waiting at the airport.

With a new ownership group in place, airport officials at the Airport Košice operating organisation say they're ready to meet those challenges, even if they expand the number of destinations they fly outside of the Schengen zone.

Slovakia is scheduled to enter the Schengen passport-free zone on January 1, 2008. The international Schengen Commission conducted an audit of the airport last May and said both terminals needed minor construction adjustments to be ready for that.

Airport officials say they have made all the necessary preparations, renovations that cost a total of Sk2 million.

"The commission members were above all interested in the departure halls and the points where the border police check travel documents both on arrival and departure," Airport Košice executive director Marta Horváthová told The Slovak Spectator.

The departure terminal for passengers from outside the Schengen zone has had minor changes and the passport checkpoints were adjusted to the commission's requirements.

"We had to put them higher up so that the officers have a better view of the waiting passengers," Horváthová said.

The wall separating the arrival and departure halls also had to be raised up to the ceiling to prevent any possible contact between the incoming and departing passengers.

Airports in the Schengen zone are also required to have the proper facilities for asylum-seekers who have to wait at the airport while their applications and documents are processed.

Until now, the airport has only been responsible for deporting passengers who had an invalid visa, who did not have to wait as long to fly back to the airports where they came from. Now the wait at the airport for passengers seeking asylum could last up to 12 hours, Horváthová said.

The airport has added facilities to help make asylum-seekers more comfortable while they're waiting, even though they don't yet have any flight connections with countries where a possible influx of asylum-seekers could come from, Horváthová said.

The new majority owner of Košice International Airport is KSC Holding, a subsidiary of the TwoOne consortium. TwoOne consists of Flughafen Wien AG (the operator of Vienna's Schwechat Airport), Austrian Raiffeisen Zentralbank and Slovak investment group Penta, with the Viennese airport having the dominant position in the group.

The Vienna Airport carried out an entry audit of the Košice airport's services and promised to fund improvements to the airport, especially any changes related to the growing number of flights and passengers, Horváthová said.

The consortium pledged to invest Sk416 million in the airport in the next five years, with another Sk495 million between 2011 and 2015.

TwoOne held a 66 percent stake in the airport as of 2006. The remaining 34 percent owned by the state is to be taken over by the city of Košice and the Košice regional government.

With the Viennese airport in the ownership group, Košice's airport can have closer ties with the airport in Vienna. Former Airport Košice CEO and board chair Michael Fazekas told the Industry Review monthly in December, as leader of the TwoOne consortium, that there is a synergy effect in this connection.

"We want Airport Košice to become a strong partner for cooperating with the Vienna airport," Fazekas said. "This cooperation offers advantages to both partners.

"Košice airport will continue developing transportation from point to point. It has an exceptional strategic location - it covers parts of Slovakia, Hungary, Ukraine and Poland."

The Vienna airport is continuing in its strategy of becoming an interchange hub between the west and east and for long distance flights, said Fazekas. The airports will also cooperate in cargo and general aviation, he said.

More destinations could be added

The Košice airport served 343,818 passengers last year - an increase of 27 percent from the year before, the SITA news wire reported. This year the airport plans to increase that by 17 percent, to about 400,000 passengers.

Now that the airport has a new ownership group, there could be more new flights out of Košice. The owners can look at options for introducing new flights and initiate negotiations with airlines, Horváthová said.

There are three airlines operating scheduled flights from the airport: SkyEurope, Czech Airlines and Austrian Airlines. There are daily connections between Košice and Bratislava, Prague and Vienna.

"Morning departures from Košice and evening arrivals back are ideal for one-day business trips," Horváthová said.

Czech Airlines recently added another evening flight from Prague to Košice, served by small ATR planes with a capacity of 63 seats.

SkyEurope is also hoping to expand the number of destinations it serves from Košice.

Airport Košice managers have approached airlines several times to ask for flights from Košice to other destinations in Europe.

"We have done so on the basis of our own surveys among passengers, a survey on our web page, and also requests of businesses in the region that asked us directly," Horváthová said.

According to the last survey carried out in March, the most popular destination with a transfer in Bratislava is London. Almost 14 percent of passengers continue to London from Bratislava, the survey showed. Fifty-five percent of the people who responded to Airport Košice's webpage survey said the airport should have a direct connection with London.