Transport Ministry wants another 70 kilometres of freeways by 2010

THE GOVERNMENT wants to build another 70 kilometres of freeways and 40 kilometres of four-lane highways by 2010, but critics say the measures they want to introduce to reach that goal are unfair to property owners and construction firms. 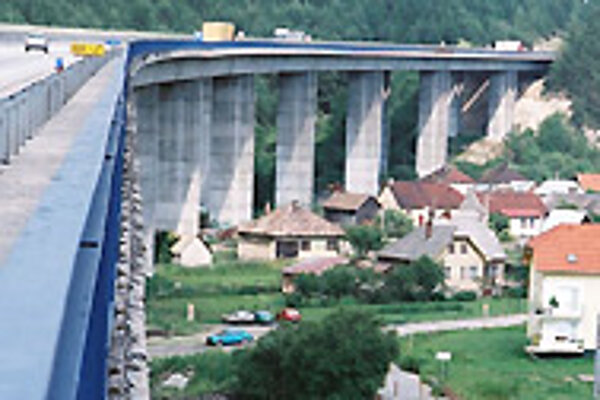 Font size:A-|A+
THE GOVERNMENT wants to build another 70 kilometres of freeways and 40 kilometres of four-lane highways by 2010, but critics say the measures they want to introduce to reach that goal are unfair to property owners and construction firms.

The Transport Ministry is also planning further expansions to the freeway network, but for now it is aiming to complete the first two-thirds in the next four years, with the rest coming after 2010, said Ľubomír Vážny, the minister in charge of transportation.

In an earlier interview with The Slovak Spectator, the ministry's director of road infrastructure, Marián Miškovič, outlined the ministry's priorities for the 2010 deadline. They include the Sverepec-Žilina, Važec-Jánovce and Svinia-Prešov stretches on the D1 freeway from Bratislava to Žilina; the Lamačská Cesta-Staré Grunty stretch on the D2 highway from Bratislava to the Czech border; and the stretch between Svrčinovec and the Polish border on the D3 north of Žilina.

The four-lane highway priorities include the Nitra-Tekovské Nemce stretch on the R1; bypasses on the R2 around Figa, Tornaľa and Ožďany; and the stretch on the R4 from Košice to Milhosť and the border with Hungary.

The government has drafted new legislation to make it quicker and easier to get a new road to the construction stage.

Currently, it takes 12 years of preparation before a new freeway can be built. The process involves acquiring the land and securing the proper planning permissions.

The ministry wants to cut that time to three years.

Under draft legislation passed by the cabinet at the end of February, the state freeways administration would have the power to expropriate land even if an agreement on compensation with the owners of the land has not been reached.

People who dispute the deals can take the state to court, but construction on their land would continue anyway.

Vážny said the new legislation has the potential to make the whole procedure - from setting out road routes to building the roads - more effective.

But critics of the draft law say it represents a major violation of ownership rights. Under the current system, landowners must agree to such deals before the freeways administration gets permission to go ahead with construction.

This requirement has slowed and in some cases halted the construction of freeways deemed important to developing the economies of isolated regions.

Parliament was expected to start discussions on the draft amendment to the land expropriation law at the end of March.

New measures have also been introduced that aim to cut the cost of freeway construction.

According to a European Commission report from 2004, it cost about €12.5 million (nearly Sk418 million) for a kilometre of freeway in Slovakia. That's almost 50 percent more than in the Czech republic, where it cost €8.4 million, and nearly twice the average of the first 15 EU states, which was €6.8 million.

The regulation also requires a construction permit to be issued before a tender on the project can be announced. The Transport Ministry also has to confirm the construction is in line with its official timetable and the state budget.

Previous legislation banned fixed prices for construction that lasted more than 12 months. The basic price was set when a tender for construction was announced. The price was then adjusted quarterly by an index set by statistic analysts according to the state of the construction market.

Construction firms are not fond of the new rules. They argue that a construction firm cannot be expected to estimate all the potential risks - such as political, currency and market changes, ahead of time.

The National Highway Company, a Transport Ministry body, told The Slovak Spectator that one tender for freeway expansion construction has already collapsed since the fixed price requirement rule was introduced.

Slovakia can draw €3.2 billion (almost Sk107 billion) from European Union funds from now until 2013 to help with transportation projects. Together with funding from the state budget, there should be €3.8 billion (about Sk127 billion) for the projects.

Vážny said there is still around €250 million (Sk8.35 billion) from that funding available for this year.

Some financial resources could also come from the private sector. Transport Ministry spokesperson Mária Cupáková told The Slovak Spectator that the ministry is preparing its first pilot project of a public-private partnership for constructing and operating a 29.5-kilometre freeway expansion.

"At the moment we are also reviewing the possibility of using the public-private format for other expansions of the D1 freeway in the Turany-Hubová-Ivachnová area," Cupáková said.