"...The question of autonomy loses its importance"

The Slovak Spectator (TSS): Why did the change in leadership of the SMK happen?
Pál Csáky (PC): I think Béla Bugár felt too certain about his position and about the fact that I would not be a threat to him. He had already been undervaluing some aspects in the SMK for a long time 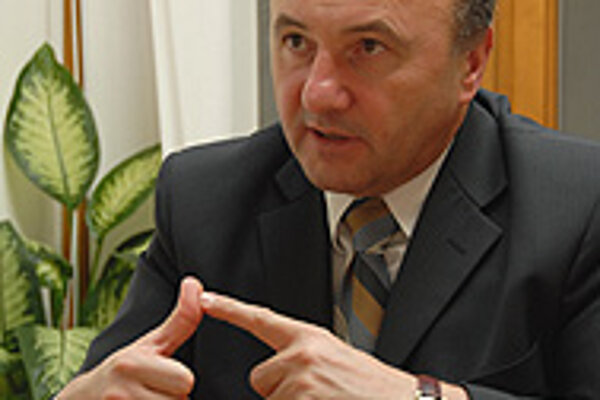 Font size:A-|A+
The Slovak Spectator (TSS): Why did the change in leadership of the SMK happen?

Pál Csáky (PC): I think Béla Bugár felt too certain about his position and about the fact that I would not be a threat to him. He had already been undervaluing some aspects in the SMK for a long time. For example, he undervalued communication with our members. They often complained, even when we were in the ruling coalition, that we neglected the rural regions, that we did not go there often enough to meet people. People want to communicate with their leaders. I consider this the key factor. The lack of dialogue was the core of the discontent and dissatisfaction in the party. And moreover, there were economic issues.

TSS: Now by this, do you mean Oszkár Világi and your statements that Béla Bugár gained ground thanks to him, and that he in turn supported Világi's interests?

PC: I meant the sentence that I said.

TSS: Béla Bugár says that it definitely was not true and that you have won the presidency because of a lie.

PC: From a personal point of view, I understand his reaction. Moreover, I do not think that the connection between Bugár and Világi was negative. How could he have been harmed by me pointing out his connection to an influential businessman? I don't quite understand this logic. Fero Mikloško, for example, also said that I was connected to Mikuláš Dzurinda. I do not consider his statement a negative one.

TSS: But you drew the public's attention to the connection between Oszkár Világi and Béla Bugár in a negative sense. It was not a compliment. It seems that your words have not been perceived as praise in the SMK, either. In spite of this, Oszkár Világi told the Új Szó daily (on April 3) that he did not have any disputes with you.

PC: I can confirm that. I did not have any disputes with Oszkár Világi, either. But there were certain phenomena in this party, and they concerned him - and these phenomena caused dissatisfaction.

TSS: You were friends with Béla Bugár. Isn't it strange that you are apparently attacking each other? He recently said that you won the position of chairman because of a lie.

PC: I talked to him two hours ago. We agreed to a meeting in one week and we shall discuss issues.

TSS: So no big disagreements are going to happen.

PC: No, no. He was already very calm today... The situation that happened as a result of the election has to be taken as a matter of fact. In public life, nobody can be sure of staying in his or her position. And moreover, such changes are democratic.

TSS: The political scientist Grigorij Mesežnikov told The Slovak Spectator he was surprised and disappointed by your attack on Béla Bugár.

PC: I don't know what attack you are talking about. I just said one sentence. One sentence is an attack? I would rather call the reactions of the other side an attack. If anyone has problems with my statement, they should search their own conscience. We tend to say that "the goose that's hit, honks" (those that complain are the guilty ones).

PC: I mean everybody who reacted to my comment. Everybody should think and see who reacted in what way.

TSS: Won't there be any split in the party? Béla Bugár definitely still has some sympathizers in the SMK.

PC: I can rule out that possibility. Within 20 minutes, I gained a considerable majority at the convention. For me, it clearly implies that there is no split in the SMK.

TSS: Many see Miklós Duray as being quite controversial. Above all, he has been criticized for the fact that he speaks about territorial autonomy, which is the biggest fear of the Slovak population. You have pushed him through to the position of the vice-chairman of strategy. Won't the SMK become radicalised because of him?

PC: I think my friend Béla Bugár made a mistake three months ago when he told the media that Miklós Duray should be pushed aside to an insignificant post in the SMK. It is true that Duray has made some mistakes, but above all his statements were thoughtless. On the other hand, he is a man who signed Charter 77 (a document written in 1977 criticizing the Czechoslovak government's disregard for human rights). He was imprisoned twice because of his position on having all-Hungarian schools. He is 60 and he will gradually leave the public life. That's why I tried to create an appropriate space and an appropriate position for him. Until now, he has been the executive vice-chairman of the SMK, and now he is the fifth member of the chairmanship. He is the vice-chairman of strategy. The worries about radicalization of the SMK are not grounded.

TSS: So why do you think many politicians, as well as political analysts, think the SMK will radicalise under your leadership?

PC: Because in Slovakia right now, the so-called Kosovo virus is going around. Because of Kosovo's efforts to become independent, politicians have started threatening Slovak citizens with the idea of citizens of Hungarian origin longing for autonomy.

TSS: Isn't it also a reaction to the presence of Ján Slota's Slovak National Party as a junior party in the government?

PC: Definitely. The nationalist card has been in play on the Slovak political scene since July 2006, when the SNS became the part of the ruling coalition. The political climate in Slovakia has definitely changed, but it was not so much the result of changes in the SMK because it happened several months earlier when the new government was formed.

TSS: How do you explain (Christian Democrat MP) Vladimír Palko's statement that you became chairman because you played the anti-Slovak card...?

PC: I said at the convention that the SMK lost many of its own voters of Hungarian nationality in the 2006 elections. We also think highly of Slovaks' votes, but we should return back to our traditional voters, start going to the regions, convincing them, and winning back their lost confidence. The words that Palko quotes were never spoken. In this inappropriate and unfortunate way, he is trying to win the votes of the more nationally-inclined members of the KDH.

TSS: You said you wanted to put more emphasis on social policy. However, you have not spoken very specifically about what the opposition's policy should be. What is your concept of oppositional policy?

PC: The opposition should be more principled and active. The role of the opposition is to point out the mistakes of the ruling coalition. That is what we should be doing. Let me just remind you that I was the one who incited the movement to dismiss Economy Minister Ľubomír Jahnátek because of his statements concerning the legalization of possible bribes in the arms industry. It seems to me that the leader of the opposition is still the Slovak Democratic and Christian Union (SDKÚ) and Mikuláš Dzurinda. I respect that and I will continue to cooperate with them. (Due to circumstances) we are forced to cooperate with the SDKÚ and the Christian Democrats.

TSS: What is your reaction to SNS chairman Ján Slota's statement on the Markíza TV channel on April 1, when he literally said: "Csáky, if I might speak openly and clearly, in my opinion is dirt"?

PC: I feel no urge to react to such statements. I do not know whether anybody is surprised by these words. This politician will not change. What deserves more attention is the fact that he has won 12 percent support. What kind of society is this, when a person who makes such statements has such great support from voters?

TSS: The SMK speaks about cultural and school autonomy. Miklós Duray even mentions territorial autonomy from time to time. Will you open up the question of autonomy?

PC: None of our documents speaks about autonomy - even though Miklós Duray talked about autonomy six weeks ago. It caused a lot of trouble on the Slovak political scene. But I am confident that fears of a move towards territorial autonomy are groundless. The SMK will only push the things it has on its platform at the moment. Not to mention the fact that we are heading for Schengen, where there will be free movement of the population, so the question of autonomy loses its importance.