"It is the delegates' decision"

The Slovak Spectator (TSS): What is your reaction to the fact that you are no longer chairman?
Béla Bugár (BB): It is the decision of the delegates and I accept it. Of course, it is also necessary to see the reasons why it happened. 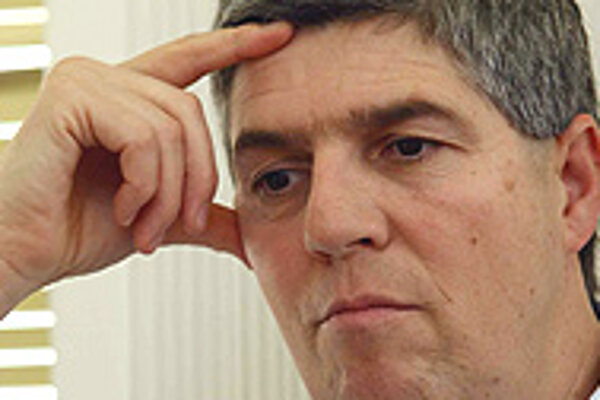 Font size:A-|A+
The Slovak Spectator (TSS): What is your reaction to the fact that you are no longer chairman?

Béla Bugár (BB):It is the decision of the delegates and I accept it. Of course, it is also necessary to see the reasons why it happened. The fact is, over the last two weeks my rival candidate kept saying that I was connected to some business circle of Mr. Oszkár Világi, which of course I consider to be a lie. I do not want to say more on this matter, as the Hungarian Coalition Party (SMK) is my party, too, and that's why I will continue to protect it.

TSS: Do you still think that Pál Csáky won the position of chairman because of a lie?

BB: That's what I am talking about. Pál Csáky talked about some connection between Oszkár Világi and myself, which I consider a lie.

TSS: People perceive Oszkár Világi as an éminence grise in the SMK.

BB: I can name two or three people just from the town of Dunajská Streda who are at least as strong economically as Oszkár Világi is. But due to the fact that Világi has friends in the SMK, and those people were - let us say - in ministerial positions, everybody said right away that Oszkár Világi was connected to the SMK, and thus he got rich. However, that is not true.

TSS: Why did Pál Csáky use Oszkár Világi in connection with you, and why, in your opinion, did Csáky's statement about the connection between you and Világi discredit you to such a point that it cost you the position of chairman?

BB: I am sorry, but you have to ask Pál Csáky why he used it. My opinion is that he did so because he was not able to win fairly. But this did not discredit me. Not in any way whatsoever. Although, on the other hand, this lie has worked. Miklós Duray, for example, has been talking about shady dealings between Oszkár Világi and me for a long time.

TSS: Do you think that the SMK will become radical under its new leadership?

BB: You have to ask Csáky. That is his responsibility, and it is his task to be sure that it does not happen.