Health and happiness on the rise

SLOVAKS are healthier and living longer than at any time in recent memory, and are even feeling more positive about the economy than their neighbours, according to two studies released on April 3. 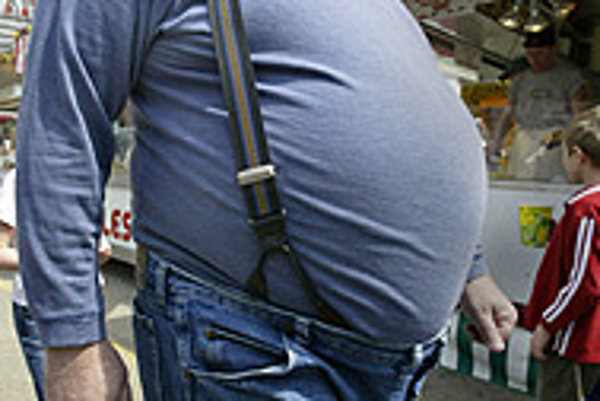 Font size:A-|A+
SLOVAKS are healthier and living longer than at any time in recent memory, and are even feeling more positive about the economy than their neighbours, according to two studies released on April 3.

According to data for 2005 from the Public Health Bureau, men are now living longer than 70 years on average for the first time since the OECD began keeping such data in 1960, while women also set a lifespan record at 77.9 years.

"The lifestyle of Slovaks is steadily improving, although we still have work to do to catch up with the lifestyle of other countries," said Katarína Hulanská from the health bureau.

At the same time, 33.6 percent of Slovaks believe the economic situation in the country will improve next year, according to the Focus polling agency, against 13.4 percent who think the opposite. The figures make Slovaks the most positive nation in the Visegrad regional grouping that also includes former communist neighbours Hungary, Poland and the Czech Republic (see chart page 8).

"These are the best results since we started tracking them in 2001, and I would guess that they are the best since the foundation of the independent Slovakia [in 1993]," sociologist Martin Slosiarik of Focus told The Slovak Spectator.

In 2003, only 7 percent of Slovak citizens believed the economy would be better off the following year, compared to over 60 percent who believed the opposite.

Experts say that the positive trends identified in people's outlook and health express a common truth - that the country's booming economy is having a direct impact on people's lives.

Slovakia's GDP increased 8.3 percent in real terms in 2006, the best in the region, and the Finance Ministry is expecting nine percent growth in 2007.

"Health and the economy are intimately related. Without good public health the economy suffers, and when the economy is weak people are less healthy," said Darina Sedláková of the World Health Organization. "The one conditions the other."

Health officials warned that Slovaks are far from fit, and stressed that rates of cancer and circulatory disease are rising and are affecting ever younger people. Meanwhile, according to an OECD report from 2005, Slovaks are the fourth fattest member country of the 30-strong 'Club of the Rich', behind only the US, the UK and Mexico.

According to the OECD data, 57.6 percent of Slovaks were overweight or obese in 2003, as measured by the Body Mass Index (BMI) indicator, compared to 65.7 percent for the chart-topping Americans.

"The answer is for people to start taking care of themselves, to get more exercise and to eat better," said Ivan Rovný, head of the Public Health Institute.

The health data are thus less positive than at first glance, and while Slovaks may now be drinking less than at any time since the 1960s (7.4 litres of alcohol per capita in 2003 versus 13.7 in 1991 and 14.9 in the 1970s), they are also still eating too much animal fat and too little fruit, vegetables and fish.

People thus may be living longer because they now have access to better quality health care. "Thanks to better quality care we can extend people's lives, but we are unable to stop diseases from affecting them at an ever younger age," said Sedláková.

Nevertheless, few deny that the economy could improve the health of the nation, and vice-versa. Hulanská from the Public Health Institute noted that average life expectancy in Slovakia's eastern regions was up to two years shorter than in the economically more developed west of the country.

"Regions where there is high unemployment and low education, where there are groups of people with very low socio-economic levels - all of this is expressed very negatively in their lifestyles," she said.

On the other hand, Rovný concluded, "the increase in the quality of life due to the growth of the economy and education has supported an improvement in the state of health of individuals and the country as a whole."

How would you rate the current economic situation in the following countries?

nor good nor bad

What do you think their economic situation will be in a year's time?

will improve a little

will deteriorate a little

Ratings of Slovakia's economic situation from 2001 to 2007

nor good nor bad

will improve a little

will deteriorate a little