The Road to Beijing

ECONOMISTS tend to agree that, in many ways, the 21st century belongs to China. Neither the superpowers that pull the world's economic strings nor the smaller countries that have little say in matters can ignore this: it is the world's most populous country, led by a controversial regime and enjoying the world's fastest growing economy. 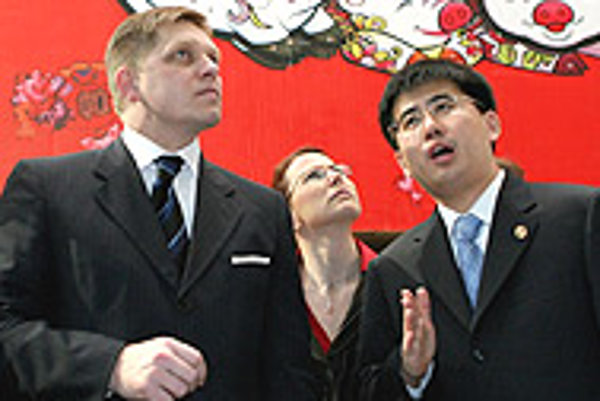 Font size:A-|A+0
ECONOMISTS tend to agree that, in many ways, the 21st century belongs to China. Neither the superpowers that pull the world's economic strings nor the smaller countries that have little say in matters can ignore this: it is the world's most populous country, led by a controversial regime and enjoying the world's fastest growing economy.

China is still not fully on Slovak business' radar, as Slovakia is still more focused on attracting investments than doing business abroad. But Prime Minister Robert Fico has already taken steps towards cooperation with the Eastern giant.

During his first visit to China in February, Fico asked Chinese Prime Minister Wen Jiabao to support Slovak business' in China, reported the HN Online news site. The Chinese PM said that China could import more Slovak goods, especially in the fields of agriculture, energy and engineering, which he said were Slovak companies' most likely prospects for doing business in China.

"We are interested in developing good business links with China," said Peter Svitek, an advisor from the Economy Ministry, adding that China is Slovakia's most important business partner in Asia. However, Slovakia has not yet been taking advantage of the possibilities of joint trade ventures between European and Chinese companies.

"It's much more likely that the Chinese will expand onto the Slovak market than vice versa," Peter Stanek, the head of Economic Institute of the Slovak Academy of Sciences, told The Slovak Spectator. He said that Slovakia is still on the receiving end of foreign investments and that so far the cooperation between Slovakia and China has not produced any significant results.

The biggest Chinese investor in Slovakia is the Lenovo technology company, Svitek said. Lenovo is located in Prague and from there they cover the Slovak market, selling PC components through business partners. Svitek said he believes Fico's visit has created better conditions for dialogue.

"Slovak businessmen do not focus on China very much," said Stanek. He listed SES Tlmače and a few other smaller consumer industry companies that export to China. According to their web page, SES Tlmače is currently negotiating the construction of two 500 megawatt boilers for a power plant in Shen Tou, China. Telecommunications is also a sector with potential; however, Stanek said he does not expect any large investments into China in the near future.

"Slovaks aren't finding opportunities to be useful on the Chinese market," Stanek said. "Some Slovaks took part in preparing big projects in China with Peugeot or Volkswagen."

There is no question that Asia has an economy that will soon be a force to be reckoned with.

Propelled by rapid growth in China and India, Asia will increase its share of world GDP from 35 percent in 2005 to 43 percent in 2020, according to estimates in Foresight 2020, a report published by the Economist Intelligence Unit.

The report predicted an especially bright future for China, saying it is set to become the world's second biggest consumer market.

China's strengths include good infrastructure, a flexible labour market with relatively good health and skills, and few obstacles in the way of foreign investors, the Foresight report said. China's accession to the WTO also commits the country to market liberalisation.