The Bratislava Stock Exchange (BCPB) is trying to attract issues of shares and broaden its offering of bonds to revive trading on the market. To attract investors, the BCPB recently carried out a number of changes to charges and simplified communication with issuers. 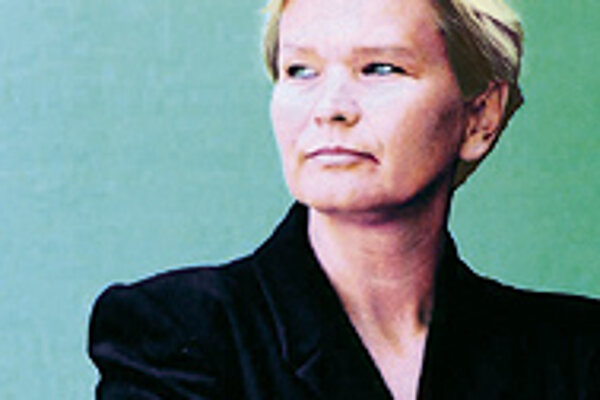 Font size:A-|A+
The Bratislava Stock Exchange (BCPB) is trying to attract issues of shares and broaden its offering of bonds to revive trading on the market. To attract investors, the BCPB recently carried out a number of changes to charges and simplified communication with issuers. Its efforts have also been supported by a number of legislative amendments, harmonizing it with Europe. Preparatory steps for BCPB privatisation were carried out as well. The Slovak Spectator spoke to BCPB Deputy General Director Barbora Lazárová about the stock exchange's future.

The Slovak Spectator (TSS): Could you tell us the most important recent legislative and institutional changes that have been made to support share and bond issuers and explain what effect they should have?

Barbora Lazárová (BL): One recent significant change was the integration of capital market supervision. Since January 1, the National Bank of Slovakia (NBS) has been closely supervising the capital market. The main reason for this change was to make it easier to regulate firms that offer a broad range of financial services (which do not all fall under the authority of a single regulatory body). A single supervisory body was created which means the end of reporting to two regulatory bodies - the Financial Market Authority and the NBS - and more effective communication between supervised entities and the regulator. On January 1, 2006, the NBS also changed the fee for prospectus approval, which used to be based on the issue size and could be as high as Sk500,000, and replaced it with a flat fee of Sk40,000.

Another key event last year was the privatisation of the Central Depository of Securities of the Slovak Republic (CDCP), whose state-owned shares were incorporated into BCPB share capital, after which the BCPB became the full owner of the CDCP. A framework for necessary changes was created and this is gradually manifesting itself through higher quality services and lower fees. On January 1, BCPB cancelled listing fees for initial public offers, and reduced fees for communal and corporate bonds by 50 percent and listing fees for state bonds and mortgage bonds by 20 percent. The CDCP also reduced payments for the registration of securities on February 2.

Regarding legislative changes, issuers have been significantly influenced by the implementation of the European directive on prospectuses into the Securities and Investments Services Law. The most positive effects of the amendment include the simplification of administrative procedures for prospectus approvals, the unification of prospectuses required for public offers and the accepting of securities for trading on the BCPB market, the broadening of possibilities of publication of a prospectus and the reduction of the NBS deadline for prospectus approval from 60 to 10 days. Further amendments to the Securities and Investment Services Law and Stock Exchange Law have been prepared and will come into effect throughout this year. The Markets in Financial Instruments Directive and Transparency Directive will be implemented. An amendment to the Accounting Law was approved at the beginning of 2006 that unequivocally specifies which issuers are obligated to do their financial reporting according to the IFRS standard.

TSS: Have the effects of these changes been seen yet?

BL: The effects of these changes cannot be measured by counting the number of new securities issues. What is essential is that conditions were created that are more favourable to issuers. Through our communication with them we have seen that the capital market might be used more frequently to finance the development of companies in the near future.

TSS: What changes has the BCPB itself made to benefit issuers?

BL: Perhaps the most beneficial move was the reduction of payments to the BCPB and the CDCP. The stock exchange also transferred its IRIS information system onto the internet, eliminating some of the expenses involved in issuers' communication with the stock exchange and at the same time allowing issuers to provide all necessary details electronically. In terms of legislative-related changes, the stock exchange published three booklets for issuers that describe in detail the procedure used from the issuing of a security to its acceptance for trading on the BCPB.

TSS: What is the purpose of the European Code of Clearing and Settlement? What are its signatories bound to? What is its implementation schedule?

These organizations wanted to enable investors to trade any European security in any trading system, and clear and settle the transaction with any clearing house and central depository, within a consistent and effective European framework. The ultimate goal is to ensure the freedom to choose the preferred service provider for each separate part of the transaction chain - trading, accounting and settlement.

The first step towards fulfilling the Code's terms, which concerns the stock exchange's price transparency, was completed by the BCPB by the deadline, December 31, 2006. Price transparency is carried out by publishing the BCPB's fee order together with example transactions on the stock exchange's website. The remaining two stages, which concern cooperation with foreign subjects and the so-called separation and non-conditioning of services, should be completed by June 30, 2007 and August 1, 2008 respectively.

TSS: What changes will the European Commission's Directive on Markets in Financial Instruments bring and what other changes are being prepared?

BL: The aim of the European Directive on Markets in Financial Instruments, MiFID, is the liberalisation of services on the European financial market. The directive will outline the legal regulatory framework, the conditions for offering investment services, and will set requirements for announcing transactions. This legislation should support market integration, the provision of investment services between countries and simplify the formation of a single European market.

There is also the European directive on the harmonization of transparency requirements that sets basic transparency principles concerning the ownership of shares and bonds.

This directive outlines minimal requirements for the distribution of information that issuers are required to publish. They ensure that investors have equal access to information regardless of the issuer's location. They require more information to be included in issuer's annual and semi-annual reports. They remove obstacles from the process of receiving securities. Lastly they introduce a central archiving system at the NBS and a system of providing the information to the supervisory bodies of member states.

TSS: Will the BCPB be influenced in any way by the Western trend of merging stock markets? Is this possibility being considered? What mergers or takeovers could be considered?

BL: The Slovak capital market underwent a significant institutional change last year thanks to the incorporation of the CDCP into the BCPB shareholder structure.

The next step in this process should be the offering of the whole group - BCPB and CDCP - for sale to a strategic partner. The timing of the second step will be decided by BCPB shareholders and can be expected after both subjects reach a certain level of consolidation. The aim is to find a partner for the BCPB that will contribute to market development and serve the needs of domestic issuers and investors.

TSS: What is the recent trend in the volume of transactions on the BCPB? Do you expect growth thanks to the recent changes?

BL: The volumes of transactions have been balanced for the last three years and their annual summary value floats around Sk1 billion (€29.9 million). With respect to the products traded on the BCPB, our market has been heavily oriented towards bonds for the last several years. The selection includes state bonds, mortgage bonds and several company bonds. Through the recent changes, especially the reduction of fees and the introduction of higher quality services, the BCPB and CDCP hope to attract new issues of shares and add communal bonds to the mix.