A COMPANY facing bankruptcy has two options: close down the business for good or open the gates to an investor with an effective restructuring plan. 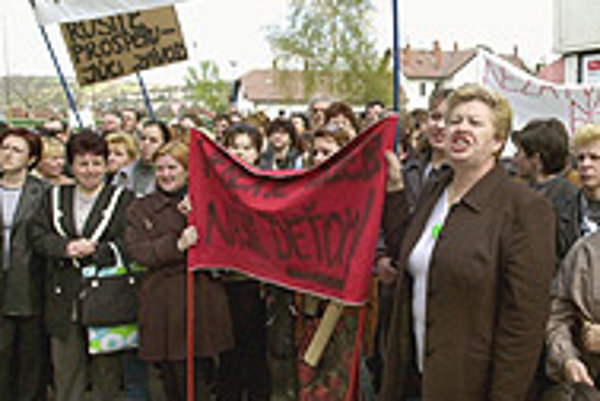 Font size:A-|A+
A COMPANY facing bankruptcy has two options: close down the business for good or open the gates to an investor with an effective restructuring plan.

The second option worked for Slovak aluminium factory Závod SNP (ZSNP). After it produced a loss of Sk2.5 billion (€75 million) in 2002, a private equity group entered the company to make a major transformation.

The restructuring gave ZSNP a second wind and helped the factory turn a profit of Sk145 million (€4.3 million) in 2004. Since then, the factory's profit has multiplied by more than 10 times.

Restructuring is still popular with private equity investors, who can produce an added value in a struggling company, and is usually successful.

However, it also has its downsides. Since one of the most frequent problems in struggling companies is over-employment, layoffs and other socially painful moves are among the first things investors do when they transform the company. Moreover, investors cannot exactly predict how macro-economic developments will affect the restructured business, and they may end up with another loss.

The main idea behind restructuring is to "put the company back on its feet," or make a profit, said Martin Danko, a spokesperson for Penta - the private equity group behind the ZSNP restructuring as well as several others.

Restructuring consists of two basic processes: identifying the company's core and non-core business and then revitalising the company itself, Danko said. Most of the changes involve a company's finances, organisation and personnel.

Penta considers the deal with ZSNP in Žiar nad Hronom (central Slovakia) to be one of its most successful restructuring investments. The private equity group still owns a 96-percent stake in the company's capital.

However, restructuring doesn't always have a happy ending. Another one of Penta's restructuring projects, the Ozeta Neo textile company, announced in February that it would close two of its mills and dismiss 870 of its employees, the Pravda daily reported.

Ozeta Neo, based in Trenčín (western Slovakia), was badly affected by competition from China and Turkey and the strengthening Slovak currency. The company couldn't react adequately by adjusting its prices, which influenced its exports.

Penta took over the company in November 2003. It transformed Ozeta into a joint stock company, renamed it Ozeta Neo, a.s. and invested Sk400 million (€12 million) in its restructuring.

Penta started by closing down two of Ozeta's sister companies, then implemented a new information system to simplify administration, and finally divided the business department into a front office (the sales and marketing division of the company) and back office (management, IT, accounting and human resources).

Penta then focused the company on producing high-end menswear, which requires more highly-qualified labour. Ozeta Neo abandoned the concept of large-scale production and moved to small-series orders. It started to offer extra services for customers as well.

As for management changes, Penta implemented the so-called "hands-on" principle.

"In the first phases of restructuring, the investor brings in its own managers to make decisions about revitalization," said Danko. They often cooperate with managers who have been successful in former projects.

The Ozeta restructuring process ended in the 2004-2005 financial year. Despite the company's losses, Penta doesn't consider the restructuring to be a failure, blaming the crown's strengthening and its larger-than-expected impact on performance instead, Danko said.

He added that none of the companies Penta has restructured have ended up in a tender.

Another reason behind Ozeta Neo's struggle is the high cost of the labour force, said PR manager Marcela Vlčková.

During the restructuring, it cut the number of employees from 3,728 workers to the current 2,900.

The social aspect of laying off people or closing down sister companies makes restructuring a delicate matter, and investors often end up being criticised by the public and politicians. However, Penta Investments board member Jaroslav Haščák told The Slovak Spectator in 2005 that the investor actually prevents the loss of even more jobs.

"Many factories are terminally inefficient, and if no one was laid off then the whole company would collapse and everyone would lose their jobs," Haščák said. "So we actually don't take work away from anyone. We create jobs."

When engineering company Automobilová Výroba Čadca (AVC) went through its restructuring, beginning in 2004, one of the most useful changes was cutting the number of employees, said personnel manager Zuzana Kostolná.

"The reduction in the number of unprofitable employees that did mostly administrative work was a very positive development for the company," Kostolná told The Slovak Spectator.

Penta Investments also restructured AVC. The changes resulted in the increase of the profitable workforce in the construction department from 55 percent in 2004 to the current 65 percent.

Penta Investments is currently restructuring PM Zbrojníky, a meat company, and Aero Vodochody, the largest Czech aircraft constructor. They plan to pour an investment of Sk3.4 billion (€102 million) into the Czech company.

"Successful restructuring needs to have a systematic approach and qualified people," Čebík told The Slovak Spectator.

Čebík said the key steps in restructuring are "due diligence" in the financial and technical sectors, identifying the key value drivers (the factors that have the primary influence on the project's success), and creating a brand new operating system for the company.

A restructuring project team consists of a chain of internal and external professionals - including lawyers, auditors, accountants, technologists, consultants and human resources clerks.