The court that decides on constitutional issues in Slovakia has been breaking the law for more than two years.
The Constitutional Court still does not have an electronic registry to assign cases to judges randomly as required by law, which would eliminate any chance of justices trying to influence who hears which case. 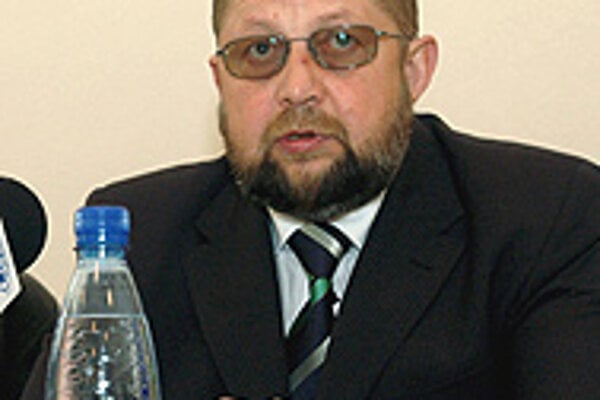 Font size:A-|A+
The court that decides on constitutional issues in Slovakia has been breaking the law for more than two years.

The Constitutional Court still does not have an electronic registry to assign cases to judges randomly as required by law, which would eliminate any chance of justices trying to influence who hears which case.

The justices decided at their first plenary session in February that they did not need the registry - even though the law states that cases should be assigned by "random selection with the help of technological and program means."

Constitutional Court president Ivetta Macejková said she does not see the problem with the justices' decision. Assigning cases by random selection in the presence of all 13 justices is "well-arranged, transparent and takes into account the proportional workload of justices," she said.

But the president of the government's constitutional law committee, Mojmír Mamojka of the ruling Smer party, disagrees with the justices' decision. He said the Constitutional Court should set an example.

"If the electronic registry is implied in the legal regulation, this should be followed," he said. "There is nothing to discuss here."

Justice Minister Štefan Harabin, of the Movement for a Democratic Slovakia, has also been critical of the court's decision. He has not ruled out the possibility of meeting the new court president to talk with her about the need for the registry.

"But we will never interfere in the independence of the Constitutional Court," said Harabin's spokesperson Michal Jurči.

However, when he was running for a position on the Constitutional Court last fall, he criticised the way in which cases were assigned there.

"The court does not respect the law," Harabin said last October during his presentation before the Constitutional Law committee.

However, after his meeting with Macejková on April 12, he came across much more leniently.

"I would never dare to say that the Constitutional Court broke the law," he told journalists. "All of the (former) Constitutional Court agreed on this matter as early as 2004, and the new judiciary under the leadership of President Macejková decided the same in plenary session. I can only accept their decision and I will not discuss it. However, I can still hold my own opinion."

He added that even in lower courts, there are so many exceptions concerning the electronic registry that even they do not use it 100 percent of the time.

Macejková said that she will continue to stand behind the Constitutional Court's official stance on the issue that says no law requires them to introduce an electronic registry and therefore they are not breaking any laws at the moment.

Lucia Žitňanská of the opposition Slovak Democratic and Christian Union thinks it is "strange" when the Constitutional Court does not abide by the law.

"The right to a law-abiding judge is guaranteed by assigning cases to judges according to their schedules, and at the same time with the help of random selection carried out by computerised systems," he said.

"And no one would even think of accusing him of handling assignments in a way that is incompatible with his position," he said. "We need to come around to a similar way of seeing these things, so there will be no more discussions about technology being needed to overcome the human weakness of senior officials, or quiet various unconfirmed speculations and accusations."