Field fires getting out of hand

FIRE-FIGHTERS had their hands full over the Easter holidays putting out wildfires in the High Tatras that were started by people who, not wanting to waste time with mowing, decided to deal with their overgrown fields by burning them. 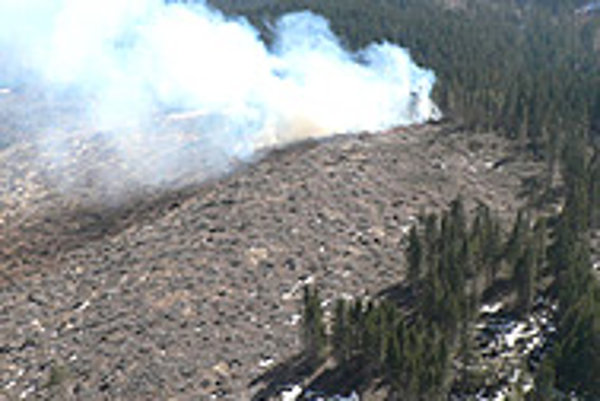 Font size:A-|A+0
FIRE-FIGHTERS had their hands full over the Easter holidays putting out wildfires in the High Tatras that were started by people who, not wanting to waste time with mowing, decided to deal with their overgrown fields by burning them.

Although burning wild grass is now forbidden in Slovakia and those who do it are liable to be fined, it still remains a widespread practice; the number of fires this year might break all prior records.

Burning grass may be faster than cutting it, but authorities have warned that if the fire gets out of control, it can be costly and sometimes even lethal.

"(Last year) a 50-year-old woman died as a result of burns caused by a field fire in Dobrá near Trebišov (near the Hungarian and Ukrainian borders). One man was injured," she added.

The Prešov and Košice Regions report the highest number of fires caused by illegal burning.

"The most wildfires last year started on Saturday evenings in April," said Bučeková. "The Prešov and Košice Regions were the most dangerous, while the Trenčín Region had the fewest fires."

The authorities have tried to curb the problem by instating fines, but their success has been limited as the perpetrators' guilt is difficult to establish.

"If you don't catch them red-handed, your chances are minimal," said Jozef Fedorčák of Košice's Fire and Rescue Service.

The perpetrators are usually the same year after year, and, according to Fedorčák, more preventive efforts should be made.

"It would help most of all in the spring if the rescue services or volunteer fire-fighters increased their watchfulness," he said.

First offenders can be fined up to Sk5,000, and those who get caught a second time will pay up to Sk10,000. Fines for businesses and institutions are much higher, with the upper limit being Sk500,000 for the first time and up to Sk1 million for repeat offenders.

However, people wanting to save time by burning their weeds not only risk fines but also property damage. Fire-fighters are not only having to deal with burning fields, but forests, meadows, beehives and chicken coops as well.

"It is faster, but it's also a much more expensive way of getting your spring cleaning done," said Fedorčák.