Škoda gets the last laugh

JOKES like "How do you double the price of a Škoda? - Fill the petrol tank," entertained Brits during the '70s and '80s. However, surveys by British automotive magazines in March showed that the Škoda is no longer a joke in the UK. Tens of thousands of readers voted the Škoda the best car brand in the Auto Express and the BBC's Top Gear magazines. 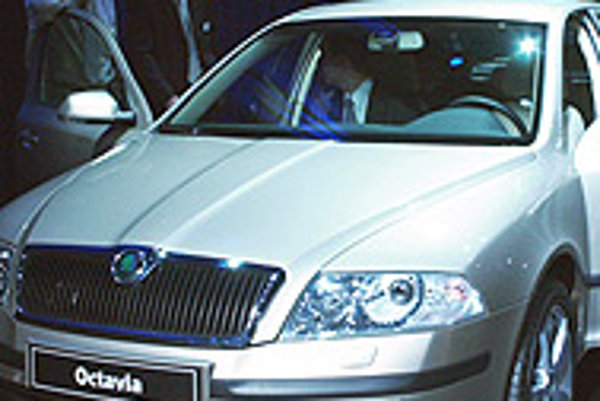 Font size:A-|A+
JOKES like "How do you double the price of a Škoda? - Fill the petrol tank," entertained Brits during the '70s and '80s. However, surveys by British automotive magazines in March showed that the Škoda is no longer a joke in the UK. Tens of thousands of readers voted the Škoda the best car brand in the Auto Express and the BBC's Top Gear magazines.

Three Škoda models got into Top Gear's list of top 10 cars, turning the Škoda into the overall leader, while in Auto Express' chart, the Škoda Octavia climbed to the top of the list.

It was the first time in five years that the Japanese Honda and Mazda didn't win the Auto Express survey. The magazines asked car owners about their experience with the cars, including reliability, running costs, performance, comfort and overall satisfaction.

The year 2006 was Škoda's most successful in the UK since 1997, when the Czech car brand entered the British market. Only Germany (home of Volkswagen, which owns Škoda) and the Czech Republic bought more Škodas last year than the UK, where more than 38,000 Czech cars were purchased. Škoda reported a 10 percent growth in Europe over the last two years, Jana Sazamová, spokesperson for Škoda, told The Slovak Spectator.

Though it is a Czech brand, Škoda has always had a strong connection with Slovakia because most of the company's history is connected with Czechoslovakia. During socialism, Škodas dominated the roads and people considered the car to be a national brand.

Slovakia is sixth on the European Škoda sales chart; nonetheless, the Škoda remains the best-selling car in the country, with a 27.2 percent share of the Slovak market. Its leading role might be due to Slovaks' familiarity with the brand.

"Slovaks know Škoda and trust this brand," said Zuzana Kleknerová, spokesperson for Škoda in Slovakia. She added that hundreds of Slovaks work at Škoda's plant in Mladá Boleslav.

"Slovaks consider Škoda to be their domestic brand," said the Slovak Auto Magazín's editor-in-chief, Peter Mihálik. He added that it is usually the price that wins buyers over.

"Value for money is the first thing an average buyer looks for when purchasing a car," Mihálik told The Slovak Spectator.

Martin Horák, a 23-year-old Slovak student studying law in Brno, drives a Škoda Fabia Combi. At six feet five inches, he not only had to consider the price of the car but whether it had a spacious interior as well. However, he said that despite being roomy, his car has seen better days after three years of frequent use.

"It is fine for shorter trips, but after a longer drive you start to hear the uncomfortably loud engine," he told The Slovak Spectator.

Horák thinks that Škoda's smaller price tag also means a shorter life expectancy. "As the saying goes: for less money, you get less music," he said.

Škodas are also popular as company cars in Slovakia. All mobile operators use them, as well as T-com, Siemens and Coca-Cola. Tennis player Dominik Hrbatý, swimmer Martina Moravcová and skier Veronika Zuzulová also have contracts with Škoda.

Reputation and quality are the most important factors when buying a car for Steve Morris, 29, a product manager from London who drives a Volvo. He said he was considering buying a Škoda as a company car because its low emissions could save him money on tax. (UK vehicle tax is based on the amount of emissions the car produces - the more the car pollutes, the higher the tax its owner pays.)

However, Morris admitted he has not always liked Škodas.

"They used to be slow, noisy and unreliable, with a dull design," he said.

However, he added that Škodas are currently known for offering high quality for a reasonable price.

"People trust the brand because they trust Volkswagen," he said.

Being purchased by Volkswagen in the early '90s was Škoda's luckiest moment according to all the interviewees. With an improved design and precise German mechanics, Škoda re-entered the market with a new owner and as an equal partner to world-respected brands. Putting more stress on marketing, it presented its models as being practical as opposed to luxurious, and thus available for attractive low prices.

"Joining VW led to better quality and the introduction of newer models," said Kleknerová. Starting with an initial one model, Škoda now has four and is preparing a fifth for 2009.

The first Škoda Voiturette A was produced in 1905 by the Laurin & Klement company in Mladá Boleslav (currently in the Czech Republic but under the Austro-Hungarian monarchy at the time). The company was initially founded as a bicycle repair shop in 1895. It merged with the Škoda Works industrial company in 1924 and has been known as Škoda since then. The first Škoda Octavia was produced in the late '50s. (Its name comes from its being the eighth to be produced after the Second World War). Five years later, Škoda introduced its 1000 MB model, whose later versions (the Škoda 110 MB and Škoda 120 MB) became widely popular in Czechoslovakia. In 1991, Škoda became the fourth company owned by VW.

In addition to its own museum, Škoda also founded a college in 2000, which offers a bachelor study programme. In July 2006, Škoda produced its 10 millionth vehicle.