Veteška to run against Mečiar in party race

VLADIMÍR Mečiar, whose control over the ruling coalition Movement for a Democratic Slovakia (HZDS) has rarely slipped since its 1991 founding, faces a rare contest for the party leadership at its upcoming June congress. 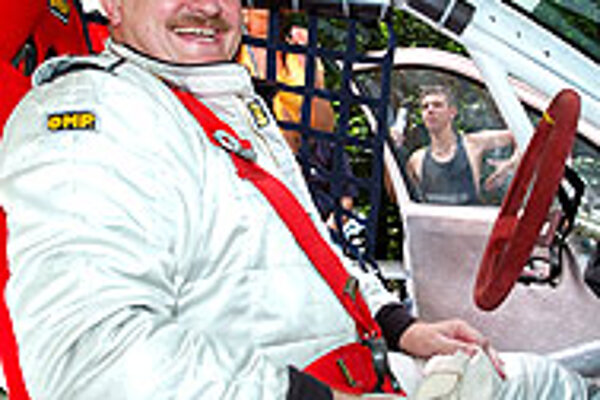 Font size:A-|A+0
VLADIMÍR Mečiar, whose control over the ruling coalition Movement for a Democratic Slovakia (HZDS) has rarely slipped since its 1991 founding, faces a rare contest for the party leadership at its upcoming June congress.

The challenger is Viliam Veteška, currently the party's vice-chairman and one of its most popular members with voters. Veteška announced he would run on April 17 just as Mečiar returned to political life after an absence of several months. The HZDS leader underwent a heart operation in late January.

In the 2006 elections, the HZDS recorded its worst-ever result of 8.79 percent, compared to 37.26 percent in 1992. With the party's fortunes showing no signs of improving, and Mečiar's ability to reverse its long slide in question, some HZDS members are restless. Nevertheless, Veteška has little chance of defeating the 16-year incumbent.

"I don't want to fight with Mečiar, and I don't regard this as a struggle," Veteška said. "I want to contribute to a calm and civilized discussion in the party of how to go forward so that we don't end up at the bottom [of voter support for parliamentary parties].

"I don't care whether I am elected chairman or not; all I care about is that the HZDS in 2010 [elections] not fall below five percent [the minimum voter support needed for seats in parliament]."

In his first press conference since returning from his illness, Mečiar declined to comment on Veteška's candidacy, saying only that it had been prepared months in advance.

In June 2006 elections, some 98,000 voters who cast ballots for the HZDS indicated a personal preference for Veteška, the second-highest total of 'preferential ballots' secured by any party member besides Mečiar himself.

However, HZDS caucus members give Veteška little chance of winning the leadership. Of the party's 14 MPs (not including Veteška and Mečiar) contacted by the Sme daily, only Tibor Mikuš was in favour of Veteška, while Tibor Cabaj said he would decide at the congress. The rest supported Mečiar.

Of the party's 79 district branches, Veteška is supported by local members in Pezinok and Nové Mesto nad Váhom, as well as in other western Slovak towns such as Považská Bystrica, Púchov, Bytča, and Turčianske Teplice.

"Like anyone, he has his support, but it's insignificant in comparison with Mečiar's," said Milan Urbáni, a HZDS vice-chairman regarded as close to the current leader.

Grigorij Mesežnikov of the Institute for Public Affairs said that with the HZDS' support at a historic low, Veteška at least has a shot at the leadership.

"If he enters an open conflict with Mečiar, he has a certain chance, but on the other hand we have to expect Mečiar to play his backroom games, of which he is a master," the analyst said.

In an interview with Sme, Veteška said that Mečiar was no longer capable of reversing the party's political fortunes to regain the mid-30s support ratings it enjoyed in the 1990s.

"Mečiar is certainly not a bygone, but we can't expect any miracles," he said. "He has enormous charisma, ability and endurance. We hope he lives to be 200, and that he be relieved of the burden of running a political party. We would rather be his children and cross our fingers for him, be friends with him.

"But I don't believe in miracles. We've fallen too far, and we've lost voters, and these are objective dangers."

Mečiar's closest supporters within the party, such as Zdenka Kramplová, a former foreign minister in the 1994-1998 Mečiar administration, and Diana Strofová, the former wife of jailed business tycoon Jozef Majský, are considering changing the party's statutes at its coming congress to strengthen the position of the chairman.

Among the changes proposed are making the chairmanship a four-year post rather than the current two years, and having the leaders of district and regional HZDS branches chosen by the party's national leadership rather than by the local members.

Mesežnikov said the proposed changes were another reason for Veteška to act now rather than wait for a better opportunity.

"If Mečiar is going to try and cement his position for another four years, this is the only chance for Veteška to satisfy his power ambitions within the HZDS," the analyst said.