THE ORIGINAL communist secret police (ŠtB) file on controversial businessman Juraj Široký, which disappeared from the Nation's Memory Institute, is safe and 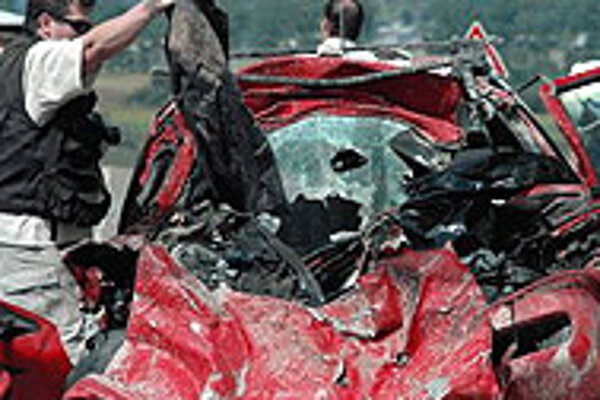 Font size:A-|A+0
THE ORIGINAL communist secret police (ŠtB) file on controversial businessman Juraj Široký, which disappeared from the Nation's Memory Institute, is safe and well, according to new information obtained by The Slovak Spectator.

A source who did not want to be named told The Slovak Spectator that Ján Langoš, the founder and first head of the Nation's Memory Institute, had two copies of the file made.

"Ján Langoš, when he was still alive, had two notarized copies of the file and hid the original in a safe place, so that it would not get into the wrong hands," the source said. "There was probably already pressure being put on him at the time because of the file."

The source said the copies should be with people close to Široký.

The source said it was not appropriate to publish the original file, or even the parts that are not confidential, because: "So far, I think it is enough for the public to learn that the original exists, it was not lost, and it has been deposited in a safe place. I guarantee that the original will not get in the hands of someone who would destroy it."

The Prosecutor's Office recently decided to re-open the investigation into the car crash that killed Langoš in eastern Slovakia last summer.

On the morning of June 15, 2006, Langoš was on his way to testify at a trial in Košice, in a case concerning the publishing of the names of ŠtB collaborators on the internet, when his Škoda Octavia crashed into a gravel truck that was pulling out from a side road. He was killed immediately. Police originally accused the truck driver, Štefan H., of causing the crash by not yielding to Langoš. Then in December, police and the district prosecutor's office said Langoš was at fault because he was driving too fast and not watching the road.

With the decision to re-open the investigation, the Prosecutor's Office is granting a request made in March by Langoš' widow, Gabriela Langošová. She asked the prosecutor's office to revoke its decision to stop prosecuting Štefan H.

Langošová also ordered a second forensic expert opinion from the Žilina-based Institute of Forensic Engineering, as she considered the original expert opinion of Juraj Regenda, commissioned by the police, to be insufficient.

The new forensic report concluded that Regenda was wrong in his analysis. The Sme daily wrote on April 13 that according to the Institute of Forensic Engineering, some data from the original expert opinion was "technically unacceptable". They said Regenda did not examine the case comprehensively, but worked from one assumption.

Regenda defended himself, telling the media that he was assisted by two consultants while working on the case.

The new forensic analysis centres on the question of whether Štefan H. could possibly have seen Langoš' car coming, or whether Langoš was driving so fast that the truck driver did not see him and could not have prevented the crash.

Langošová also claims the crash happened at a 65-degree angle, and not when the truck driver was already in the right lane of the road, as Štefan H. states. He told police that after he was in the right lane, the engine conked out, and he started it again and was passed by another vehicle.

The expert source said it is strange that Langoš' car crashed head-on, with its front end totally damaged, as the published documents state.

"His car crashed head-on. But why didn't he brake, or why didn't he at least try to get out of the truck's way when it was already on the main road?" the source said. "If it was there, he must have seen it. This part of the road is absolutely open and panoramic, it goes slightly downhill."

When asked whether Langoš' death could be connected to his job at the Nation's Memory Institute, the source said: "First and foremost, his death has to be investigated by the authorities in charge."

The Slovak Spectator learned from sources close to the Interior Ministry that police measured the speed of Langoš' car near the village of Turňa nad Bodvou at 120 km/h, but did not stop him. This information was not confirmed by the regional office of the police force in Košice, however.

The fatal crash happened shortly afterwards, between Turňa nad Bodvou and Drienovec. A senior official from the Interior Ministry did not answer questions about why police did not try to stop Langoš.

When asked whether the General Prosecutor will look into how the errors in the investigation could have happened, a spokesperson from the Prosecutor's Office, Svetlana Husárová, said: "Currently, it is not possible to say whether the original forensic opinion was sufficient or not. In order to assess this crash impartially, the Prosecutor's Office of the Slovak Republic considers it necessary to complete (the investigation)."

When asked whether the Prosecutor's Office investigated the collision responsibly, she replied: "The Supervising Prosecutor agreed with the results stemming from the expert opinion of the road transport expert, which she considers to be exhaustive and having answered all the questions. Her decision was approved by the prosecutor of the regional prosecutor's office in Košice."