TRNAVA'S MAIN claim to fame used to be its many churches, from which it got its nickname, 'Slovak Rome'. But in 2003, it suddenly took on a new importance as the centre of the Slovak automotive industry. 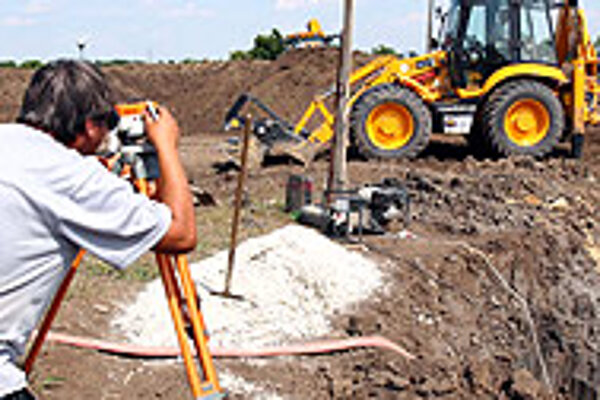 Font size:A-|A+
TRNAVA'S MAIN claim to fame used to be its many churches, from which it got its nickname, 'Slovak Rome'. But in 2003, it suddenly took on a new importance as the centre of the Slovak automotive industry.

However, the new PSA Peugeot Citroen (PSA) factory, employing more than 3,300 people near Trnava in western Slovakia, not only made the town a major contributor to the national economy, it also succeeded in boosting the potential of its real estate market.

Investing in real estate in Trnava seems to be a profitable business, experts say.

Since the French carmaker PSA chose Trnava as the location for its new Central European plant, real estate prices have almost doubled. The price of a non-renovated flat with three rooms was less than Sk1 million (around €30,000) before the arrival of PSA. Today the prices are rarely under Sk1.8 million (around €54,000). The growth has been the same in nearby villages.

It's not only the automotive plant, but also the town's location between the capital, Bratislava, and the spa town of Piešťany that encouraged growth, Kalnický said.

"Investors can rely on Trnava and its real estate market," Jaroslav Valovič, the director of the Trnavské Reality real estate agency, told the Sme daily. "It's attractive and really alive."

Old houses alone have not been enough to keep up with the demand. The construction of a big satellite development, Kočišské, is expected to start this year south-west of Trnava.

The Kočišské project, which is being undertaken by the Faculty of Architecture of the Slovak Technical University, will provide almost 2,000 apartments in four-storey buildings, along with 56 houses, parking lots, garages and green space. The land belongs to the municipality and a private developer will be chosen through a tender.

The village of Zavar is getting bigger, but it's also getting younger.

"Young people are coming to the village so it is no longer aging," Mayor Rudolf Baroš told The Slovak Spectator.

The population has been growing with people moving closer to their jobs. The village will soon have more than 2,000 permanent residents, which means a lot in terms of finances, Baroš said. The more inhabitants a village has, the more money it gets from local taxes.

Zavar already has a new housing estate, developed by the BK Group, which is often referred to as the 'French Town', even though the residents are Slovak employees.

According to Kalnický, this project is considered one of the most important in the history of the BK Group. The estate is expected to bring 1,500 people to the village.

But French Town residents could be doing more for Zavar, Baroš said.

"The problem is that people who live in the 'Peugeot city' do not apply for permanent residence status in Zavar," he said.

Only 250 of all the residents have a permanent address there. Baroš said he would like to see many more people registering as permanent residents, because temporary residents do not bring any money into the village's budget.

The mayor is now struggling to solve the problem by negotiating with PSA and the BK Group. They are trying to find ways to encourage people to apply for permanent residence status in Zavar.

Still, the standard of living has definitely grown since the automotive industry came to Zavar, Baroš said. To start with, 95 percent of the plant's land belongs to the village, which brings even more tax money into local coffers.

The mayor's plan for this electoral period is to build rental homes. Many Zavar residents who sold their land to PSA used the money to improve their living conditions by renovating their old houses, Baroš said.

Emos Invest Consulting has built 87 houses and 255 flats in the area of Biely Kostol, where the PSA management now resides.

But this is not the only investment that benefits the village southwest of Trnava, said Mayor Jozef Adámek. Other residential areas that will soon be built in the village have the potential to make Biely Kostol even more attractive and a better place to live, he said.

The residential area of Parnas has 11 blocks of one- to three-room flats and 48 lots built near the PSA management houses. The price of the flats starts at Sk1.2 million. Adámek says 40 flats will be inspected by the end of this month.

Another PSA-related location is Podolky, where about 40 new houses will be built. The project could potentially increase the number of residents from today's 1,250 to more than 3,000.

"The locations are unique because they combine beautiful countryside [the Trnavské Rybníky and Kamenný Mlyn nature reservations] with easy access to the city," Adámek said.