EXPERTS have announced that the Nitra River is among the dirtiest, not only in Slovakia, but in all of Europe.
Slovak authorities have ranked the river in the fifth category on a contamination scale of one to five, with one being the cleanest. 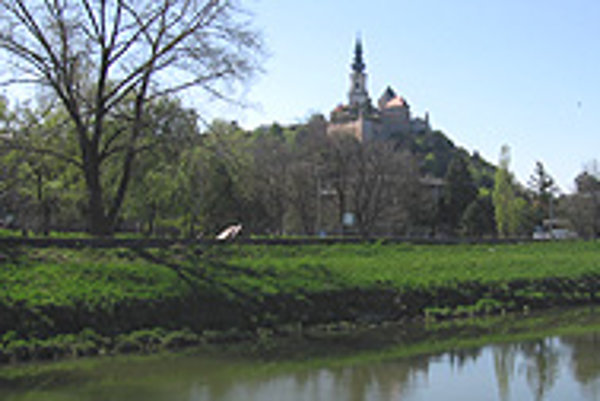 Font size:A-|A+0
EXPERTS have announced that the Nitra River is among the dirtiest, not only in Slovakia, but in all of Europe.

Slovak authorities have ranked the river in the fifth category on a contamination scale of one to five, with one being the cleanest.

"It's in a catastrophic state," said Zlata Valterová, head of the State Water Management Department at the Regional Environmental Office in Nitra. "But this is because it's a river that has many contaminators along a relatively short section. There are some big towns there."

The Nitra River runs 197 kilometres from western Slovakia's Small Fatra mountains south into the Váh, north of Komárno on the Slovak-Hungarian border. Along the way it passes through the towns of Prievidza, Nováky, Partizánske, Topoľčany, Bošany, Nitra and Nové Zámky.

Most of these towns are industrial centres and have a history of releasing toxic waste from water treatment plants into the river.

The single biggest spill of toxic waste into the river happened in 1965 when an accident at the coal-fired power plant in Zemianske Kostoľany emptied a warehouse full of coal ash into the river.

"It happened 40 years ago, but [the ash] was full of heavy metals that have been lying in the river bed's sediment up to this very day," said Valterová.

Even though water analyses show fewer and fewer traces of the arsenic, cobalt, nickel and mercury that went into the river in the coal ash, Valterová still warns against eating fish from the river because of the high levels of toxic minerals that have been found in them.

Another catastrophe occurred about 10 years ago when the NCHZ chemical factory in Nováky leaked sodium alkyl sulphonate into the river. After the accident, 800 tonnes of dead fish were pulled out of the Nitra.

"Not even the fishermen knew that there were so many carp, catfish and pike living in the river," said Valterová.

Now the river's condition is slowly improving thanks to new purification systems that are more advanced.

"A new wastewater plant was built in Nitra last year and the amount of pollution going into the river has decreased considerably since then," said Valterová.

However, the Nitra is still not even close to making it into a lower category of contamination due to the toxic metals that still remain at the bottom of the river. Extracting the metals would be a very difficult and expensive process and even if such a cleaning operation was successful, the situation would still not be resolved.

"If we did manage to extract [the metals], the question of what to do with them next would still remain," said Valterová. "Where can we put these dangerous materials?"

-With files from SITA