Against Myself in the Space Gallery

TO PROTEST the lack of public and media interest in middle-aged and older artists, the Space Gallery has launched a new programme entitled Not Only Young Art Is... that invites aritists of this generation to give lectures, present their works and hold discussions. 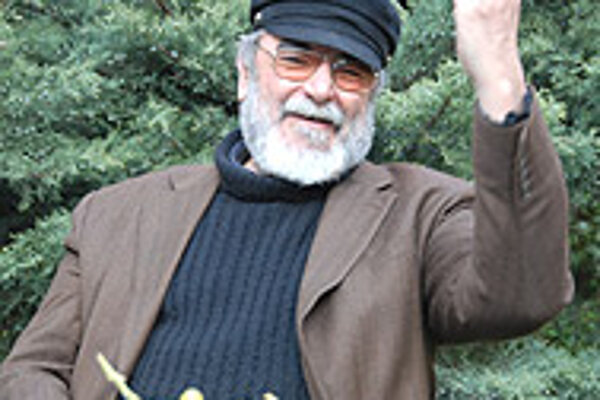 Font size:A-|A+0
TO PROTEST the lack of public and media interest in middle-aged and older artists, the Space Gallery has launched a new programme entitled Not Only Young Art Is... that invites aritists of this generation to give lectures, present their works and hold discussions.

Rudolf Sikora, a prominent figure of the Slovak visual arts scene, and one of founders of conceptual and action art in Slovakia, opened the series on April 11.

"I've been motivated to start this project since the gallery opened in 1999," said Juraj Čarný, the Space Gallery's young curator and founder. "I finally did it when I realized just how necessary it is to present the works of artists from previous generations who are not given adequate space [in Slovakia]. I realized they have a very peculiar position here. Elsewhere abroad, artists with Rudolf Sikora's reputation would have commercial galleries behind them, and be very successful. But, in Slovakia, there is not only no artistic market but no interest from experts and the public in the artists of these generations. Thus, they live next to us and create unappreciated."

The event opened with a screening of the documentary Sám proti Sebe (Against Myself), which the public Slovak Television station made for Sikora's 60th birthday in 2006.

In the film, director Martin Hanzlíček and cameraman Richard Krivda record the genesis of an exhibition Rudolf Sikora held in Prague in 2006 to mark his jubilee, and reveal some of Sikora's memories of the Prague Spring as a young artist and the fall of the communist regime in 1989.

"They managed to sense my conceptual behaviour and thinking," Sikora said in praise of the filmmakers.

The film also sheds light on a range of Sikora's contemplations, from his opinion of Russian artist Kazimir Malevich, one of the most progressive representatives of avant-garde in the 1920s and 30s, to memories of the totalitarian regime to astronomy. It is a comprehensive depiction of his conceptual and action art, his interest in the timeless questions of ecology and cosmology and his civic activism.

The filmed exhibition, which went by the same name as the film, took place in Prague's Veletržní Palác, a functionalistic style building designed during the previous regime. In its vestibule, Sikora installed his large objects, which as all his works, are closely linked to his environment, his politics and his musings on life. To explain what was at the root of his creations, he exhibited some of his earlier works in the first stage of the gallery.

There are plans to organize an exhibition for Sikora in Bratislava next year, but the city lacks appropriate premises. "As far as I understand, I cannot repeat the exhibition in Bratislava as a whole but have to create two exhibitions. Maybe next year I will have just one in the House of Arts and the second one in the Esterházy Palace of the Slovak National Gallery," Sikora said.

The next artists to present their works at the Space Gallery are Stano Filko, Alex Mlynárčik, Otis Laubert and Juraj Bartusz.