Updating Strauss with vision and respect

CONTROVERSIAL as they may be, modern productions of classic operas have become an essential tool in almost every European theatre's efforts to keep opera relevant and attract new audiences. 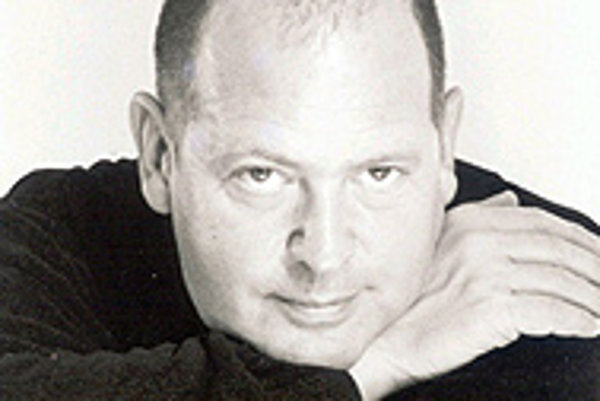 Font size:A-|A+0
CONTROVERSIAL as they may be, modern productions of classic operas have become an essential tool in almost every European theatre's efforts to keep opera relevant and attract new audiences.

On April 27, the SND will premiere its first major modern production of the season, Ariadne auf Naxos by Richard Strauss, headed by Swiss director Dieter Kaegi, who's currently the Artistic Director of Opera Ireland in Dublin.

The Slovak Spectator sat down with Mr. Kaegi to ask him about updating opera, the SND and his production.

The Slovak Spectator (TSS): What attracted you to being an opera director?

Dieter Kaegi (DK): I've been surrounded by opera my whole life, starting as a member of the Zürich Opera Children's Chorus, so things just developed that way. Seeing bad productions also helped because I wanted to see things done differently.

TSS: How did you get involved with directing Ariadne auf Naxos for the SND?

DK: This Ariadne is a co-production between the operas in Prague, Bratislava and Dublin, which is something houses often do to share the cost and expose each other's audiences to new styles. The production is premiering in Bratislava and then moving on to the other cities, with local singers each time.

TSS: Had you heard of the SND before?

DK: Sure. When the idea to do Ariadne first came up, I went to the SND for [German director Peter] Konwitschny's production of Eugen Onegin, and thought it was incredible.

TSS: What's your opinion of the SND's singers, such as tenors Sergej Larin and Jan Vacík, who will be alternating the main role of Bacchus in Ariadne?

DK: They're fantastic, both as singers and interpretive actors.

TSS: And the rest of the production team?

DK: Excellent. The SND management has been very supportive, and the workshops that created the sets were extremely fast and professional.

TSS: When you directed a production of Verdi's Aida at the National Opera of Korea in 2004, you asked the audience to "pay attention to drama rather than spectacle". Does your interpretation of Ariadne take this approach as well?

DK: Well, I did that with Aida because too many people come to see it for the fancy pyramids and live elephants, and ninety percent leave not knowing what the opera is about. Opera is actually about the singers, who, these days, need to be convincing actors.

TSS: Without giving too much away, what is your vision for Ariadne?

DK: I've actually modeled it on a set of pictures in a book about Andy Warhol's wild parties in the 70s. There was so much drug-induced creativity and fantasizing, such a mixture of reality and fiction. I tried to extend this to Ariadne by doing away with the traditional concept of its prelude being separate from its second part, and joining them together so they interact and overlap. Characters who were never seen in the prelude now watch the action from onstage, and become the hero of the opera in the second part.

TSS: Do you think all operas are ripe for updating?

DK: Yes, but some are more difficult than others to do right. [Der] Rosenkavalier [by Richard Strauss], in my opinion, is so attached to its period, it would require real finesse and respect. The same goes for Tosca [by Giacomo Puccini], which is tied to political events of the era. But Mozart operas are so eternally true, you could do it on the moon.

DK: Ariadne, except for some things about the way people speak, is perfect for updating because its commentary on how private sponsorship of the arts affects artistic integrity, and even content, is even more relevant today. Corporate sponsors now play a huge role in how the arts are funded, which is something governments used to do, and we're all affected by it.

The premiere of Ariadne auf Naxos takes place at the SND at Hviezdoslavovo Square on April 27. For tickets, call 02/5443-3764. For more information, read The Slovak Spectator's review of the article, which will appear in the May 7-13 issue.