THE POLICE have unmasked an organized gang operating within their midst, and have so far charged six current and former officers, including four regional special tactics operatives, with crimes of theft and kidnapping going back to 1999. 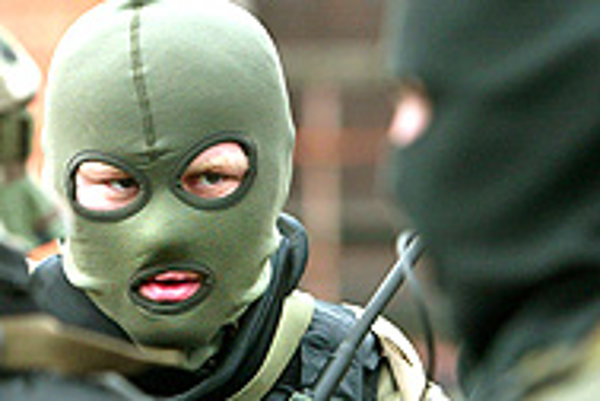 Font size:A-|A+
THE POLICE have unmasked an organized gang operating within their midst, and have so far charged six current and former officers, including four regional special tactics operatives, with crimes of theft and kidnapping going back to 1999.

A team of investigators has also been dispatched to the Trenčín regional headquarters to look through 500 older unsolved cases for further evidence against the men and their possible accomplices on the force.

The arrests follow the imprisonment of three current and former policemen for the murder of entrepreneur Ján Kubašiak last November. One of the latest accused, former investigator Robert Petluš, also allegedly took part in the Kubašiak killing.

While the full names of the gang members have not been released, Police President Ján Packa said that some of them had become entrepreneurs since leaving the force, while one had served on the board of directors of the Slovglass firm.

According to the Slovak business register, Miroslav Jacko served on the board from April 2005 to June 2006 at precisely the same time as Michal Hrbáček and Martin Lieskovský, who were among those charged in the 1995 kidnapping of the former president's son, Michal Kováč Jr.

Attorney General Dobroslav Trnka said that the capture of Petluš, former policeman Juraj Rozsík and former Trenčín special forces officer Róbert Červeňan following the brutal home invasion and murder of Kubašiak last year and provided a break in the recent case. The three alleged killers were offered lighter sentences if they agreed to provide information and testify against others in the ranks.

On April 25, for example, Rozsík, who faced up to 16 years in prison, agreed on a sentence of 8.5 years with a military prosecutor.

"It was worth it," Trnka said of the deal, adding that further details would be provided on May 4, when the results of the Kubašiak investigation were presented.

Trnka said the police have so far documented three cases in which the six accused obtained Sk23 million from their victims, Sk10 million of which came from the kidnapping of a girl.

In another incident from March 2004, masked officers attacked the parents of footballer Vratislav Greška in their home in Tajov in central Slovakia, stealing various valuables, destroying property and beating up the occupants of the home.

In February 2005, lawyer Ján Smetana of Banská Bystrica suffered the same fate. Both cases happened late at night, with one of the officers turning off an alarm in the local police station when a house was invaded, and another sitting in on the ensuing interrogation of the witnesses.

The police say that in addition to the testimony of the Kubašiak accused they also have DNA from the crime scenes that matches that of the gang members, as well as the detailed testimony from the victims of their crimes.