THE FIRST STEPS have been taken towards fulfilling Prime Minister Robert Fico's offer to Libyan leader Muammar al-Gaddafi to treat HIV-positive Libyan children in Slovakia.
Three medical specialists and a representative from the Slovak Health Ministry were to leave for Benghazi on April 29 for a five-day visit to Libya, during which time they will examine the children and find which ones would benefit most from treatment in Slovakia. 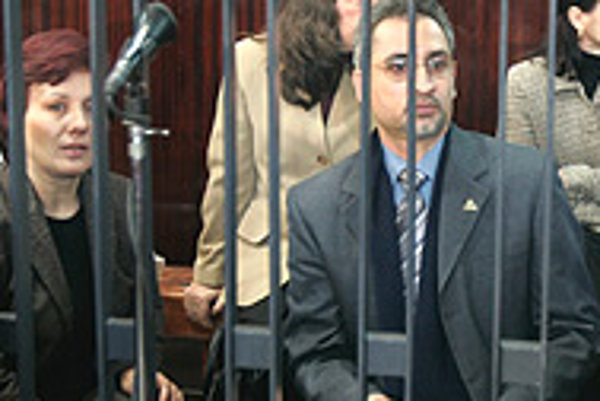 Three medical specialists and a representative from the Slovak Health Ministry were to leave for Benghazi on April 29 for a five-day visit to Libya, during which time they will examine the children and find which ones would benefit most from treatment in Slovakia.

Some Slovak doctors did not react well when they heard that Fico had offered to have the children treated here, saying they do not have experience treating children, only older patients. However, St. Elizabeth's College of Health and Social Work in Bratislava is confident they have the experience needed both to treat the children and deal with their Third World environment.

"We have experience providing antiretroviral treatment [drugs taken on a regular basis to slow the HIV virus] and we have experience working in conditions unknown in the European community," said Dr. Juraj Benca, vice-dean of the Faculty of Missionary Work and Tropical Health at St. Elizabeth's, who is taking part in the Libyan project.

"So from the Slovak point of view, we actually have a lot of experience with HIV-positive children."

During Fico's visit to Libya in February, the prime minister caused an international uproar when, instead of defending the innocence of the Bulgarian nurses who had been sentenced to death for allegedly infecting children with AIDS, he referred to them as 'perpetrators'. Then, in what some saw as a political gesture, he offered to give the children treatment in Slovakia.

However, the Sme daily reported on February 22 that this idea did not come directly from Fico but had been proposed to him beforehand by Dr. Vladimír Krčméry, rector of St. Elizabeth's. Before Fico left for Libya, Krčméry offered for seven of the college's pediatric AIDS specialists to treat the Libyan children.

The location where the children would be treated in Slovakia has not been chosen yet, but Sme reported on April 23 that the Ministry of Health mentioned two children's homes as possibilities, one in Kremnické Bane and one in Ružomberok.

When these homes were contacted by Sme, they said that had not yet received any definite information from the Health Ministry and that it would be relatively difficult to arrange accommodations for the children.

Nevertheless, Krčméry said he wants to go ahead with the project.

"If the ministry does not find a place, it will be a shame," he said. "But we could also treat the children abroad. Maybe we'll go to Libya."

The children would be here for two to three weeks, during which they would begin the antiretroviral treatment. While the Slovak doctors would not be able to cure the children, Benca still thinks they could do a lot of good.

"At the moment, HIV is still a deadly disease and we still don't have a cure for it," he said. "But we do have a very effective treatment that can prolong life for eight to 10 years and offer the patient good quality-of-life. For an [HIV] patient, even one year is a long time."

Benca also thinks it will buy the children time, during which there might be new developments in the field.

"Ten years ago there weren't many drugs that could treat HIV," he said. "But since then there have been major developments in the field. In 10 years, new treatments might be so effective that the disease could be curable."

Benca thinks their cooperation with Libya has a good chance of success.

"We are members of NATO and the European Community, but we are also members of the former Soviet Union bloc," he said. "So maybe it won't be such a sensitive issue for the Libyan side as it would be if we were coming from France or the UK."

The Health Ministry will finance the treatments, said ministry spokesperson Silvia Balázsiková. But Krčméry said the project should not be too expensive as in Africa, the treatment only costs around $340 (about €250) per child per year.

Slovakia would be able to treat around 90 children, who would come in three different shifts.

The first group of children could come to Slovakia by the end of May.