EIGHT MAJOR Bratislava hotels have joined forces to promote the Slovak capital as an attractive tourist destination, and they want the city government and other tourism industry groups to help them. 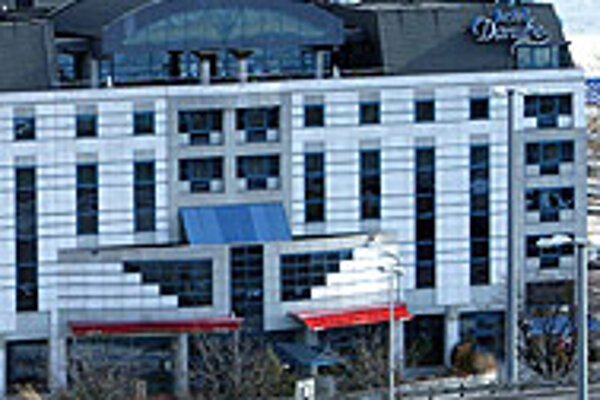 Font size:A-|A+
EIGHT MAJOR Bratislava hotels have joined forces to promote the Slovak capital as an attractive tourist destination, and they want the city government and other tourism industry groups to help them.

On April 17, the hotels created the Bratislava Hotel Association (BHA) so they can act as an equal partner to other bodies with a stake in the city's tourism.

"Bratislava is not widely known," Ján Kučera, president of the BHA and director of the Holiday Inn, said at a press conference. "But it is a job for everybody, including hotels, city hall, the regional government, the Old Town local government, shop owners and transportation companies, to improve this situation."

Although Bratislava hotels are competitors with their own business plans, they still need to cooperate, he added.

Among the BHA's long-term goals are increasing the number of tourists, the time they stay and the amount they spend, said BHA executive director Igor Kuhn.

The hotels are calling on city hall to re-invest a portion of the taxes paid by hotels back into the tourism industry.

The BHA is planning to work with the city to develop a marketing strategy. The hotel group was pleasantly surprised by city hall's forthcoming attitude on the project, Kučera said.

Bratislava also needs a study to calculate the economic contribution of tourism to the city, Kuhn said.

Tourism should be perceived as an industry and not as a leisure activity, he said, adding that tourism in Bratislava could become one of the city's economic pillars. He sees it as a form of export: "But one where the VAT remains home, and feeds cultural offerings or the standard of services."

A study would provide more information about why people come here, Kučera said.

"At present we do not know who is coming to Bratislava," he said. "Day visitors are not registered at all. We also do not know anything about the people who sleep in hotels, and why they have come to our city."

"Up to 80 percent of people search for information on tourist destinations on the internet, and roughly a quarter want to book various services through the internet," he said.

Despite the fact that Bratislava hotels often perform well on some levels, they could be doing more to take part in holiday packages and deliver information to guests, the BHA said.

Kuhn said there needs to be an organization that would market Bratislava as a destination and meet tourists' needs, like tourism boards in other countries.

Currently, 70 percent of hotel guests are here on business, but the hotels want to increase the amount of visitors who travel here for pleasure.