Back to nature with rural tourism

It was not so long ago that remote locations untouched by civilization were thought to have little chance of attracting tourists in Slovakia. Now, the number of people who are seeking out remote regions and small family bed-and-breakfasts offering homemade food and the peace of the countryside is turning agritourism into a noticeable trend. 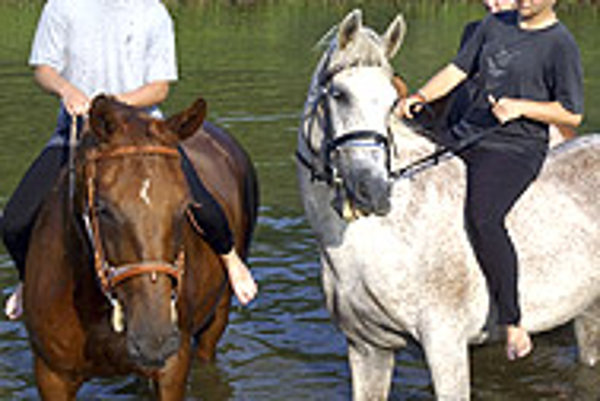 Font size:A-|A+
It was not so long ago that remote locations untouched by civilization were thought to have little chance of attracting tourists in Slovakia. Now, the number of people who are seeking out remote regions and small family bed-and-breakfasts offering homemade food and the peace of the countryside is turning agritourism into a noticeable trend.

According to the Slovak Tourist Board (SACR), rural tourism has been having a renaissance in Slovakia over the past few years. People in mountainous regions and in other areas with poor farming conditions have been trying to make up for it by providing hospitality services for city-dwellers.

"Rural tourism is not only about having an active holiday in the countryside, but also about the return to tradition and a more natural way of living," Jana Horečná Budinská from SACR told The Slovak Spectator.

The Association of Entrepreneurs in Agritourism defines the business as tourism that offers accommodation in traditional countryside houses, with homemade food and other hospitality services related to agriculture, farming and living in the country. It's a good way to sell agricultural products on the tourist trade market, the association says.

Mountains in the north

Ondrej Borončo is the owner of a family B&B in the Orava region. He believes Slovakia has much to offer in terms of agritourism and his success in the business proves it.

Borončo has been self-employed since 1990 when he decided to take advantage of the agricultural subsidies that were readily available at the time. He started farming but soon realized that agritourism had much more to offer.

Most of his guests are Czechs and Slovaks, but tourists from western countries also come here every year to spend their holidays close to nature, eating traditional food and living in a traditional house.

"In our region, agritourism is the best way to keep the farm alive," Borončo said.

"The most important thing about agriculture is one's relationship to the 'native land' that our parents and grandparents worked on," he said. "And the same goes for agritourism."

However, he is often surprised that more people do not seize the opportunity and make the best of what the land offers them - just as he did, without any help from EU structural funds. Nowadays he has rooms booked in advance and his visitors come back every year. In a region with a high unemployment rate and few job opportunities in industry and agriculture, he found a way to earn a living with his closeness to nature being his only asset.

"The funds are for the rich people," Borončo said. "There is so much red tape involved, and besides, you need to prove that you already have a lot of money before they support you."

Vineyards in the southwest

Agritourism in the southwest of Slovakia has a slightly different face.

Visitors to the region can try some wine tasting in wine cellars, one of the favourite pastimes of Bratislava locals since the beginning of the last century, in small towns just a short train ride from the city.

"The Small Carpathian region is one of the most attractive, functioning tourist regions in Slovakia," Píchová told The Slovak Spectator.

The region's abundant vineyards provide a good foundation for rural tourism in the area. Inspired by the wine roads in western countries, wine producers here established the Small Carpathian Wine Route Association in 1995.

The Small Carpathian Wine Route is a registered trademark and involves a year-round programme of events related to the vineyard.

Vineyards and wine-room owners cooperate through the association and in this way support their common business.

This cooperation not only benefits wine makers, but also those who run B&Bs and restaurants, such as the families in the town of Slovenský Grob who invite tourists to their houses to taste traditional roasted goose and other regional specialties.

"It's not just a commercial venture, intended to sell as much wine as possible," Píchová said. "We also want to improve the quality of the wine, the culture of serving and, most of all, we want to keep the centuries-old winery traditions alive."

These traditions are represented by events such as the St. Martin's blessing of young wine, wine fairs and the Open Cellars Day. On this day, wine makers from around the whole region open their private cellars to the public and tourists are welcome to travel around with their wine-tasting glass and a special map of cellars, getting to know both the region and the region's wine. However, the biggest event for tourists still remains the vintage feast that takes place every year in September in the towns of Rača, Vajnory, Pezinok and Modra.

"It's not the typical rural tourism event, but it still attracts tourists and travel agencies to the Small Carpathian region," Píchová said.

The target group for these festivals is not only foreigners. Wine makers from the Small Carpathian region also hope that Slovaks will become more patriotic when it comes to their choice of wine, she said.