A holiday in the dentist's chair

FOR MANY TOURISTS, a holiday to Slovakia involves sitting in a café in the streets of Bratislava's downtown. However, some foreigners visit Slovakia just to sit in a dentist's chair.
Slovakia's entry to the EU and the arrival of low-cost airlines flung open the gates to health tourism. Foreigners mainly from Great Britain, Ireland and Austria come to Slovakia to receive medical treatment, especially dental services. 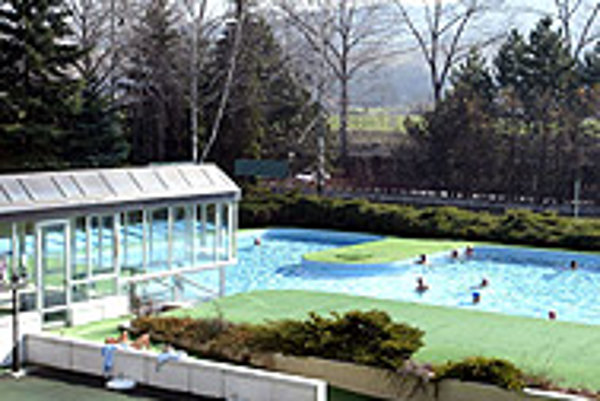 Font size:A-|A+
FOR MANY TOURISTS, a holiday to Slovakia involves sitting in a café in the streets of Bratislava's downtown. However, some foreigners visit Slovakia just to sit in a dentist's chair.

Slovakia's entry to the EU and the arrival of low-cost airlines flung open the gates to health tourism. Foreigners mainly from Great Britain, Ireland and Austria come to Slovakia to receive medical treatment, especially dental services.

The motivation is high: Britons visiting a Slovak dentist can save up to Ł1,000 (about €1,464), including the return flight and accommodation.

Even though dentistry is the most popular treatment, foreigners are also interested in cosmetic surgeries, eye operations and hair-implants.

Shaw decided to set up shop in Slovakia because the dentists that he brought to work in the UK were restricted to jobs such as examining the teeth of the elderly for insurance purposes.

"I used to bring Slovak dentists to Britain, however, they could only do 'dirty work' there," he told The Slovak Spectator. "Therefore I decided to bring British patients to Slovakia."

Potential patients can access the company's website to discuss possible treatments online with Marek Salka, one of the dentists working at the clinic. They are usually asked to send an X-ray of their teeth or, if they don't have one, a digital picture of their smile.

Shaw sometimes books the flights for them and sets up accommodation - from Ł25 (€37) per night in an apartment owned by the dental clinic to Ł100 (€146) per night in a four-star hotel in Piešťany.

The clinic serves about 20 British patients each month.

"Our clients come from the middle class, with an average age of 50 to 60 years, and a majority are women," said Shaw.

The hardest part of bringing them here is the beginning, he added.

"Knowing too little about Slovakia, Britons are sometimes afraid to come," he said.

It is usually the 70-percent savings from private UK dental fees advertised on the company's website that persuades them to change their mind. They also appreciate that there is no communication barrier between them and the clinic, because Shaw is British and the doctors speak English.

Patients are also attracted by the extra time they get from the dentist.

"In Britain, one dentist sometimes serves 15 patients in one hour," Shaw said.

As the clinic in Piešťany doesn't treat more than two patients a day, they get an individual approach.

A wi-fi internet facility is available in the waiting room, as well as a DVD player, and clients can listen to their favourite music. Shaw said the clinic offers a "friendly" approach by taking the clients out for lunch or dinner, and providing them with a free mobile phone to use during their stay in Slovakia.

"Their first visit usually lasts a day or two," he said. "Some of them expect all Slovaks to live in villages with cows in their gardens, so they are usually pleasantly surprised."

The first visit usually encourages clients to make a trip out of their second visit, staying from six to 10 days and leaving Piešťany for places like the High Tatras or Slovenský Raj (Slovak Paradise), Shaw said.

The company plans to widen their activities in the future, offering hair implants or plastic surgery, he added.

The internet is not the only place where foreigners find out about medical possibilities in Slovakia. Greg Lorriman, a 35-year-old computer programmer from Surrey (south of London), decided to use a dental service in Slovakia last year because he had a friend in Bratislava.

"I found it convenient to get my teeth done for cheaper and I got to see my friend as well," Lorriman told The Slovak Spectator.

He visited a dentist in Ružinov, Bratislava. He saved approximately Ł250 (€366) compared to average prices in the UK, and twice as much compared to the prices of his dentist in London.

Lorriman said he wanted to test the Slovak dentist to find out if he was trustworthy. He told the dentist that he had an infection in his front teeth for which his UK dentist had recommended radical treatment. By the time he arrived in Slovakia the infection had gone away, however Lorriman did not tell the Slovak dentist the new information.

"He could have proposed an expensive treatment if he had wanted to lie," Lorriman said. "He did not."

Lorriman said he may come back to Slovakia for dental treatment again, but he is also considering other EU countries such as Slovenia.

Hungary, Poland and the Czech Republic have a longer history of offering dental services to foreigners than Slovakia or Slovenia. The Vital Europe website offers consultations in London, dental treatment in Budapest or Prague, and follow-up treatment in London.

The company, founded in 2000, reported a 500-percent growth in the number of clients in the six years it has offered the service.

A shortage of public dentists is another reason Britons are seeking "dental holidays". A recent article in The Guardian said that less than half of all UK adults are registered with an NHS (National Health Service, the public health system) dentist. Britons who can't afford a private dentist only have a 30-percent chance of registering with a public one.

In Britain's northwest, only 13 percent of dental practices take on new NHS patients.

There are no records of the exact number of tourists who come to Slovakia in order to receive medical treatment.

Several private plastic surgery and eye surgery clinics in Bratislava contacted by The Slovak Spectator said foreign patients are rare in their clinics.

However, the Centre for Eye Micro-surgery in Bratislava was expecting a patient from Austria to receive treatment.

The receptionist at the Interklinik plastic surgery centre said they were considering taking advantage of medical tourism and targeting their service to foreigners in the future.

Marián Gučík of the Department of Tourism and Hospitality at Matej Bel University in Banská Bystrica said that the commonly-used term "health tourism" is actually used incorrectly.

"I would never call it health tourism because it is mainly focused on profit," he said. When a Briton comes to Slovakia to have his teeth whitened, it is not about health but beauty, and he is not a patient, according to Gučík.

When told about the clinic in Piešťany, Gučík said: "That is what we call 'using a gap in the market.'"

However, he admitted this kind of business could have great potential in the future.

Shaw said his clients, whether they receive a health or beauty treatment, often stay for a longer holiday and thus contribute positively to Slovak tourism.

Prices in Hungary or
Czech Republic***

*Based on an independent price-watch survey by Private Health UK in summer 2006
**Source: www.dentalholiday.co.uk
***Source: www.vitaleurope.co.uk