THE SPECIAL Court has sentenced Jozef Majský, one of Slovakia's richest citizens, to 12 years in a high-security prison for planning and founding a criminal gang and for embezzling millions of crowns from two failed pyramid schemes, Horizont Slovakia and BMG Invest. 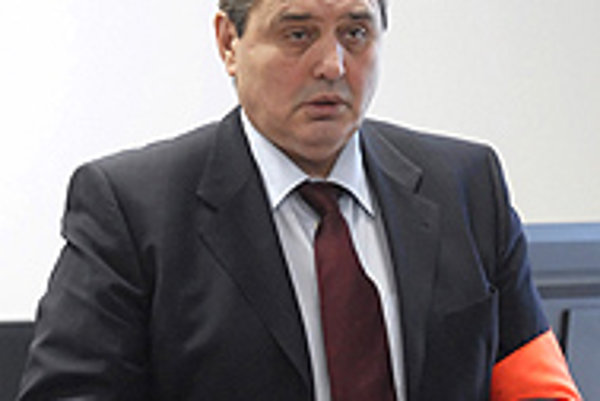 Font size:A-|A+
THE SPECIAL Court has sentenced Jozef Majský, one of Slovakia's richest citizens, to 12 years in a high-security prison for planning and founding a criminal gang and for embezzling millions of crowns from two failed pyramid schemes, Horizont Slovakia and BMG Invest.

He and his accomplices David Brtva and Patrik Pachinger were found guilty by the Special Court, which was set up to deal with corruption cases, on April 27, but all three plan to appeal, so the case will now move to the Supreme Court.

This is the first time in Slovak history that a prominent businessman has been found guilty and sentenced for white-collar crime.

Pachinger and Brtva were sentenced to 11 and 10 years, respectively, and along with Majský they have been required to pay a total of Sk336 million (€10 million) in damages.

"It has been proven that Dr. Majský bought Horizont through fake companies for a symbolic one crown," said Vladimír Peteja, the head of the panel of judges ruling on the case. "Thus, he gained Sk40 million (€1.2 million) in cash and Sk800 million (€23.8 million) in property, which should have been gradually transferred."

Rumours were already going around in 2002 that Horizont and BMG Invest were nearing bankruptcy. By that time, the companies had already collected over Sk14 billion from more than 100,000 clients.

In February 2002, Horizont and BMG Invest closed their doors under the pretext of an audit and the owners, Vladimír Fruni and Marián Šebeščák, fled the country.

However, in April 2002, the Sme daily published a transcript of a telephone conversation between Majský and Fruni, which had been secretly recorded by the latter. It turned out that both companies already belonged to Majský, who had bought them through the fake American companies Comodore and Cavaliere. Brtva and Pachinger had acted as the representatives of these companies.

Majský offered Fruni an invalid bill of exchange that he claimed was worth several billion crowns in exchange for Horizont and BMG Invest.

Majský, Pachinger and Brtva hoped to take over the dying companies and strip them of their assets. They succeeded in taking approximately Sk800 million (€23.8 million) in property and Sk40 million (€1.2 million) in cash. They planned to take another Sk400 million (€11.9 million) but were unable to because the police froze the accounts. According to the prosecution, stripping the assets was Majský's idea.

When Fruni realised Majský was trying to cheat him, he recorded a phone call between himself and Majský during which they spoke about how different aspects of the deal would be carried out.

The recording, along with Šebeščák's testimony from January, was the key piece of evidence in the Majský case.

"The sale of the company was just make-believe, the whole firm was already embezzled much, much earlier," Šebeščák said during the trial. "The aim of the sale was to create confusion to make room for transferring the rest of the firm's property."

According to Šebeščák, Majský acted like a mafia boss: "He gave orders, but he didn't do anything himself."

Šebeščák said there was a 'cleansing team' set up, whose task was to destroy and remove all documents concerning the property.

During his trial, Majský defended himself in front of the Special Court, saying: "I had a certain position in society, I was the president's advisor, an honorary consul, the vice-president of the Slovak Automobile Association, and in 1998, I was ranked by the English magazine The Economist as the best entrepreneur in Central Europe. I am supposed to have acted against the law? It may be that sometimes I boasted a bit much... but in fact, I never had anything to do with these things that I have been accused of."

While in his prime, Majský attracted media attention through his flippant comments and boasting. He was known to boast of his powerful contacts and his acquaintance with politicians of all stripes.

He was close to the Movement for a Democratic Slovakia and its head, Vladimír Mečiar. He helped found the Civic Understanding Party, which is now defunct. He was photographed with representatives of the right-centre Slovak Democratic and Christian Union.

He boasted to journalists that he was the both a sponsor of public officials and a media tycoon. He was the owner or co-owner of the private Rádio Twist station, now defunct, and the Národná Obroda daily, which went bankrupt.

Majský was also the Honorary Consul of the Cyprus Republic and a passionate hunter with rooms full of hunting trophies.

Timeline of the Jozef Majský trial

February 4, 2002 -The bankrupt branches of the BMG Invest and Horizont Slovakia companies closed under the pretext of an audit and the alleged sale of the companies to a foreign investor.

February 2002 -Vladimír Fruni records a telephone conversation between himself and Jozef Majský.

February 28, 2002 -An investigator accuses Fruni, the executive director of Horizont Slovakia, Marián Šebeščák and František Matik of fraud, unauthorized enterprising and breaking the rules of economic competition. The accused have already left Slovakia and are living abroad.

April 2, 2002 -The telephone conversation between Majský and Fruni is published by the Sme daily.

May 28, 2002 -The Košice regional court announces the bankruptcy of Horizont Slovakia. People behind the company claim this step to be illegal.

October 21, 2002 -Jozef Majský is arrested on charges of embezzling money from BMG Invest and Horizont Slovakia.

August 4, 2004 -Majský is released from custody in line with a proposal made by General Prosecutor Dobroslav Trnka.

August 23, 2004 -Police finish the embezzlement investigation after almost two years and recommend that charges be brought against Majský, Patrik Pachinger and David Brtva.

bThe Special Court sends Majský back into custody. The reason given is that he was not living at the address that he gave when released from custody in 2004.

January 10, 2007 -The Special Court finds the three former managers of Horizont Slovakia and BMG Invest, Fruni, Matik and Šebeščák, guilty of fraud. Fruni, the main defendent, is sent to jail for eleven and a half years and his property is set to be confiscated. The same sentence is also pronounced for Matik, who is now hiding abroad. Šebeščák is sentenced to seven years behind bars. All three will appeal their sentences.

March 22, 2007 -The Special Court refuses Majský's request for release from custody when it does not accept a Sk1 million bail.

April 23, 2007 -The Majský trial ends. The prosecutor proposes a eleven and a half year sentence for Majský and Brtva and eight years for Pachinger. Majský claims he is innocent and says the whole trial was politically motivated.

April 27, 2007 -The Special Court sentences Majský to 12 years in prison, Brtva to 11 years and Pachinger to 10 years. The convicts are also required to compensate for damages amounting to Sk336 million. All three plan to appeal the verdict to the Supreme Court.