THE FUTURE of Health Minister Ivan Valentovič appeared in doubt on May 3 as Prime Minister Robert Fico rejected a long-awaited report the minister had prepared on ways to save money in the cash-poor health care system. 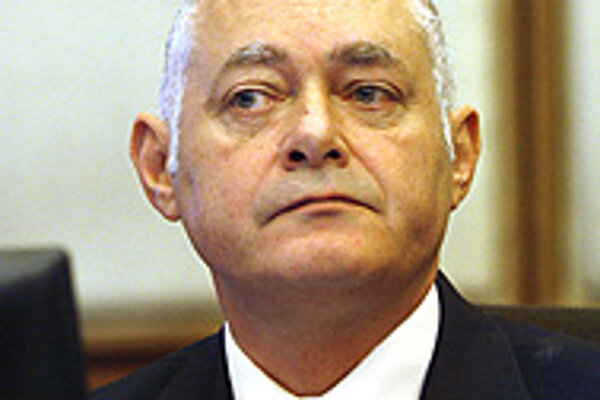 Font size:A-|A+
THE FUTURE of Health Minister Ivan Valentovič appeared in doubt on May 3 as Prime Minister Robert Fico rejected a long-awaited report the minister had prepared on ways to save money in the cash-poor health care system.

Last year, parliament approved the 2007 state budget giving the health sector additional public money to cover a shortfall due to the government's previous decisions to reduce the VAT on drugs and medical aids and to abolish supplementary patient fees for visiting the doctor. The measures had been part of the ruling Smer party's pre-election programme.

Parliament compensated for the shortfall by increasing health insurance payments for state policy holders by one percentage point, but only until the end of April. On May 1, Valentovič was to submit a detailed plan on how to save money in the sector to make up for the reduced income.

However, the report was not discussed by cabinet on May 2 as planned, but was withdrawn by Fico pending further talks with Valentovič. The two men met the following day to come up with a joint set of proposals, but would not comment on the results of their discussion.

Other ruling coalition members expressed disappointment with the results of Valentovič's labours. "This report could have been prepared by a layman," said MP Štefan Zelník of the Slovak National Party. "I expected more from the minister. I was disappointed. I expected to see a vision for the future of the health care system."

Among other things, the ministry proposed to examine disadvantageous health care contracts, to forbid further investments by indebted hospitals, and to prolong the additional state payments until the end of the year. However, Fico said at the end of January that unless Valentovič created order in the health care sector, "he will not get another crown, and personal consequences will be levied".

Fico's spokeswoman, Silvia Glendová, said "we will not respond to speculative questions" when asked if Valentovič still had the prime minister's support.

According to the Health Ministry, the total debt in the sector was Sk5.4 billion at the end of March. If the state payments are not raised until December as proposed, the sector could be another Sk4.5 billion in the red by the end of the year.

The Association of Health Insurance Companies also sounded a warning, with director Eduard Kováč predicting that debt in the sector would hit Sk9.2 billion at the end of the year if measures to cut costs were not taken.

"We have to make solving health care debt the subject of speedy negotiations in the next few weeks," said Zelník.

The opposition was also critical of the Health Ministry report. "It looks to me as if they don't have an overall concept of which direction they want to go in," said Mária Sabolová, an MP for the Christian Democrats.

The Health Ministry has considered various plans to save money this year, including cutting up to 6,000 beds at regional hospitals, or closing underused hospitals altogether. However, the proposal was rejected by Fico as well as by the hospitals themselves, most of which are not under the direct control of the Health Ministry.

More recently, a proposal to turn 36 hospitals into "social facilities", such as old-age homes, and thereby get rid of 6,000 excess beds in the health sector, was blocked by Labour and Social Affairs Minister Viera Tomanová, even though some 7,600 people are on the waiting list for retirement home beds. "We can't close a hospital one day and re-open it the next as a retirement home," Tomanová said.

Another Health Ministry plan, to require people whose health insurance dues are paid by the state to take out policies from one of the country's two health insurers, was shelved pending a legal analysis. It is believed that such a measure might violate the constitutional right to free choice.

A Health Ministry suggestion that the country's three private health insurance houses should be banned by law from making a profit also awaits a legal analysis. If the ministry follows through on the idea, it may also face international arbitration on protection of investments legislation, and lawsuits for lost profits. "It would probably cost dozens of billions of crowns," said lawyer Marek Benedik.

Both of the above plans intended to raise health sector revenues by retaining health insurance profits within the state system.

Despite the potential legal complications, however, Fico has apparently not given up on the idea of nationalizing the health insurance sector. "If Smer was alone in the government, we could to it quicker and in a different manner," he said on national public radio on April 28, referring principally to opposition to the proposal from the ruling coalition Movement for a Democratic Slovakia.

* The increased payment rate for state policy holders should be extended until the end of the year;
* Health care facilities should be allowed to sell state assets that are under their administration;
* Tools should be found to disencumber hospitals burdened by debt without costing the state budget;
* Legislative measures should be taken to change the health insurance system to prevent money from flowing outside the health care system;
* The health care provider network should be optimized by transferring some beds to social service providers (i.e. some hospitals should be turned into retirement homes).