WHILE THE SLOVAK government is still planning its campaign to inform citizens of the adoption of the euro, some banks have already started their preparations for euro introduction. 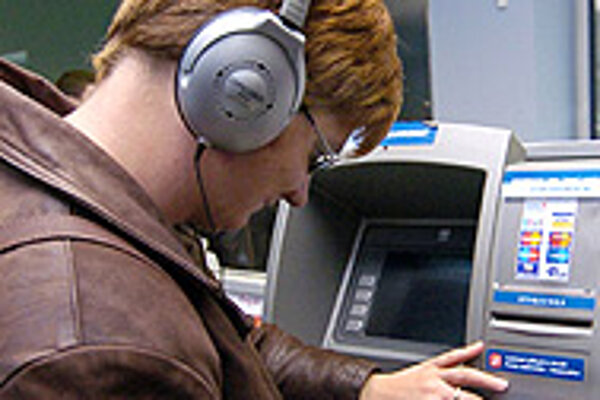 Font size:A-|A+
WHILE THE SLOVAK government is still planning its campaign to inform citizens of the adoption of the euro, some banks have already started their preparations for euro introduction.

On January 1, 2009, the common European currency will be introduced in Slovakia without any transition period. As of that day, the euro will become legal currency in the Slovak Republic. It will be the only currency used for non-cash transactions starting the very first day it is introduced. However in cash transactions, people can pay with Slovak crowns as well until January 16, 2009.

If Slovakia succeeds in its efforts, it will be the first country of the Visegrad Four group (Hungary, Poland, Slovakia and the Czech Republic) to enter the European Monetary Union. So far, Slovenia is the only new Eastern European EU member to introduce the euro.

With the euro D-day less than two years away, the Slovak cabinet is taking measures to prepare the public. It has announced a tender for an agency that will run an information campaign leading up to the introduction of the euro.

So far, it is mainly businesses that are familiarising themselves with the euro, said Igor Barát, the government envoy for euro introduction.

"Their knowledge is still not enough," he said. "However, I can see a growing interest from private and state organizations that are starting to realize the urgency of the problem and starting to solve it."

Like all other businesses, banks also have to prepare their information systems for the euro, displaying prices in both euros and crowns and circulating both currencies.

"VÚB already started preparations for euro adoption last year," VÚB bank spokeswoman Alena Walterová told The Slovak Spectator. The bank's IT departments are now in the implementation phase, she said, and the bank also has a euro committee and other project teams working on the transition.

"The preparatory and analytic phases are completed," said Dexia Banka Slovensko spokesman Michal Fúrik. The aim of these phases was to identify areas where euro introduction would impact bank processes, products, services, applications and technologies, he said.

Commercial banks will help move the euro into circulation and take the crown out of circulation. By the end of March 2008, they must inform the NBS how many euros they will need in advance to supply large clients and secure an early distribution of the euro currency to the population.

They also have to take into account the fact that euro coins will be used more than Slovak ones.

"In Slovenia, the banks had to rebuild some safes due to a large number of coins and their weight," the project manager of the Slovak Bank Association (SBA), Renata Guzikiewiczova, told the Trend weekly. More attention would also be devoted to cash transport, she said.

Banks will have to modify cash machines so they dispense bank notes in the old currency on the last day of 2008, and start giving out euros at the beginning of the next day.

Banks are currently looking at two ways of doing this. In the first, cash points would be supplied with the new currency gradually in such a way that there will always be a certain number of functional machines available in a given place. In the second model, half the supply in cash machines would be in Slovak crowns and the other half in euros.

The banks will use software to change the currency that is dispensed.

It is not clear how much it will cost to switch to the euro, because not all of the processes are regulated in detail, Walterová said. VÚB estimates the costs will climb to hundreds of millions of crowns.

"Costs of euro introduction for commercial banks are connected to three areas - changes in information systems, cash supplies, and withdrawing the old currency from circulation and their commercial activities," Walterová said.

Dexia Banka is expecting the transition to have a major impact on its budget, Fúrik said.

"This expenditure will constitute a majority part of the bank's budget in 2008, and it will probably lead to an inclination to reduce expenditures in other areas," he said.

In spite of that, the bank guarantees that it will not use euro introduction as an excuse for an unjustified, inappropriate increase in service prices for clients, he said.

Apart from direct costs, banks also have to account for the fact that they will lose some of their revenues. They will lose hundreds of Slovak crowns annually on exchange rate transactions between the euro and the Slovak currency, Unčovský said.