Cross-border bank fees to be cut

THE EUROPEAN Commis-sion took another step towards its goal of having a free flow of goods, services, labour and capital between member states this March when it announced that transactions between banks within the EU should cost no more than domestic transactions. 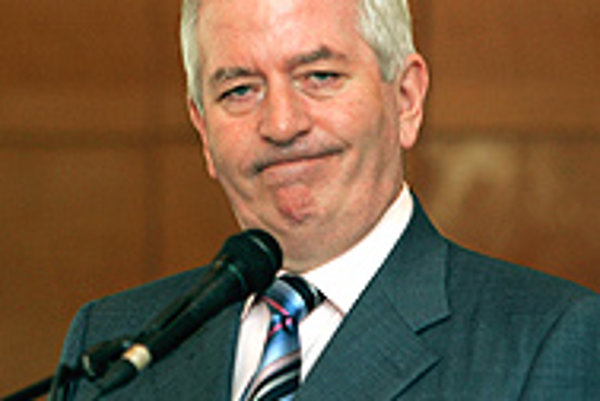 Font size:A-|A+0
THE EUROPEAN Commis-sion took another step towards its goal of having a free flow of goods, services, labour and capital between member states this March when it announced that transactions between banks within the EU should cost no more than domestic transactions.

Although this should make business cheaper and easier for both individual and corporate clients, it poses a major challenge on the financial market.

The Payment Services Directive (PSD) would reduce costs and save the EU economy €50 billion to €100 billion per year, writes EUobserver.com.

The Payment Services Directive is to be implemented at the national level by November 2009, by which time Slovakia will have already adopted the euro. Once the EU directive is in place, costs of cross-border banking operations within the EU will be adjusted to those of domestic operations.

Currently, Europeans pay on average €34 to €252 a year in banking fees, the EUobserver.com reported.

"Assuming that the compromise text is acceptable to the European Parliament, the payment services directive will ensure that consumers benefit from a high level of protection and a broader choice of payment services," EU internal market commissioner Charlie McCreevy told journalists after the ministerial meeting.

The Payment Service Directive is a a legislative framework that will be a complementary project to an initiative called the Single European Payments Area (SEPA), said Zdenko Štefanides, chief analyst with the VÚB Bank.

Both the directive and the initiative aim to raise competition in the payments system, he said. SEPA is meant to create a standardized environment for payment operations within the European Monetary Union and other European countries such as Switzerland and the United Kingdom, where the banks involved in the initiative are located.

SEPA would cut fees for the banks' clients, while the Payment Service Directive would liberalize the system of payments, Štefanides said.

Štefanides added that institutions such as mobile operators or retail networks will also be able to carry out payment operations to a limited extent.

"The banks will probably lose part of the income that they get from the payments system since there'll be more authorized providers of payments, such as the already mentioned supermarkets and mobile operators," Štefanides told The Slovak Spectator.

Investments into new software and the systems needed to harmonise the payments infrastructure will mean another added cost to the banks, he added.

However, implementing the Payment Service Directive will mainly raise the cost of international payments.

"At the moment a bank's costs for a domestic transfer are much lower than that of a cross-border transfer," Michal Fúrik, the spokesman for Dexia Banka, told The Slovak Spectator.

Domestic transfer costs include fees for processing the transfer in the National Bank of Slovakia and a lump fee for access to the clearing system. International transfers cost banks much more because they have to cover fees for connecting to the SWIFT system, processing the transfer in the EU clearing system, accessing information about foreign banks and having an account with the foreign correspondent banks, Fúrik said.

A transfer to an account in an EU bank now costs Sk200 to Sk1,400 (€6 to €40), depending on the amount of money transferred. A domestic transfer on the other hand costs around Sk12 (less than €0.50), and even less if you use electronic or mobile banking. This is a big difference and the prices of international transfers cannot be expected to go down to what we pay for the domestic transfer today.

After the equalization of fees, commercial banks will need to revaluate the prices for domestic transfers and find a compromise, according to Fúrik.

Banks will lose part of their income as the prices of international operations within the EU go down.

Fúrik said that Dexia Banka expects a loss of around five percent of all its income. The bank already included the projected losses in its financial plans and will try to fill the gap with new commercial activities, attracting new clients and harmonizing the fee policy, said Fúrik.

The new directive will also require banks to process payments made within the EU in one working day by 2012, according to Štefanides.

Banks should experience the negative side effects of the directive only for a short time. One positive result of the Payment Services Directive will be that clients will likely start using more non-cash payments instead of cash payments, which are more expensive for banks, said Štefanides.

"As in any other business sector, it is mostly the innovative and competitive institutions which will benefit, since SEPA and the Payment Services Directive both make space for banks to provide their clients with international services," Štefanides said.