WHEN a Slovak player had to dive to glove the puck out of the defensive zone in the chaotic first five minutes of the national team's opening game against Norway, it was a sure sign that defence was not the strong point of this year's Slovak World Championships entry. 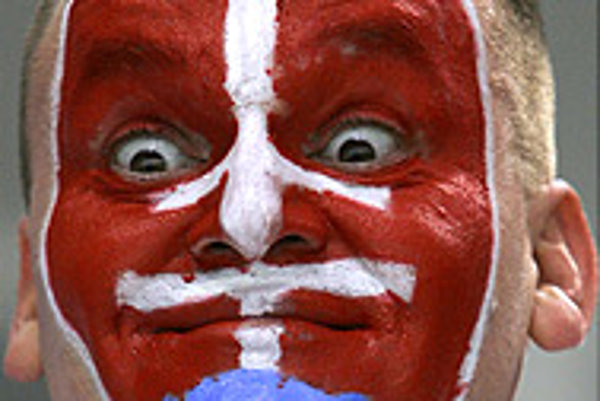 Font size:A-|A+
WHEN a Slovak player had to dive to glove the puck out of the defensive zone in the chaotic first five minutes of the national team's opening game against Norway, it was a sure sign that defence was not the strong point of this year's Slovak World Championships entry.

It was poor defence, indeed, that let the Slovak side down in later losses to Canada (5-4) and the US (4-2), just as tighter checking led to victories over the Czech Republic (3-2) and Belarus (4-3), and put Slovakia into the quarterfinals in Moscow against Sweden.

But the Swedes, playing a cagey waiting game, scored seven goals on Slovak netminder Karol Križan, including three in the second period, to send the defensively challenged Slovaks home without a medal for the fourth year in a row.

"That second period was our worst at the entire championships," said Slovak captain Miroslav Šatan. "In today's game, and in fact all tournament long, we made lots of mistakes, and if we want to be successful in future we are going to have to improve a lot of things."

"If you don't have defence, and you don't have goaltending, you can't win hockey games like this one," said former Slovak star Žigo Pálfy, who retired last year and appeared on TV broadcasts from Moscow as a colour commentator.

The Slovaks began the knockout-round game well, with NHL star Marián Hossa potting a goal from the slot aided by speedy winger Marián Gáborík in the third minute. After the Swedes tied it, Slovakia went ahead 2-1 on a soft goal by Richard Kapuš in the ninth minute. But after that they seemed to go to sleep, allowing the Swedes to score three unanswered goals, most due to poor individual checking.

"Our guys never came together as a team, like we did in [winning a silver medal in] St. Petersburg in 2001, or [winning the gold medal in] Gothenburg in 2002," said former player Ján Pardavý. "We were making absolutely childish mistakes, like everyone watching the puck and skating towards the puck carrier rather than picking up their man."

The Slovaks drew back to within one goal two minutes into the third period on a neat pick out of mid-air by Branko Radivojevič, but a botched line change minutes later allowed the Swedes a breakaway and an easy goal. A dejected Križan slumped on the ice and shrugged towards the Slovak bench, as if to ask: Why are you doing this to me?

The Swedish media had written before the game on May 9 that their team feared Slovakia's offence but was looking forward to its defence.

Team Slovakia boasted a number of NHL star forwards, including Hossa, who scored 100 points for Atlanta during the regular season, and Gáborík of the Minnesota Wild, arguably the fastest hockey player in the world, and one of the NHL's most prolific scorers after returning from a 30-game layoff due to a leg injury.

Other star forwards included Pavol Demitra and Radivojevič of Minnesota and Šatan of the New York Islanders.

The defence, meanwhile, was led by the tallest and heaviest player in the NHL, Zdeno Chára of Boston (2.05 metres, 117 kg), along with heavyweight Milan Jurčina of Washington. However, Chára did not shine, while Jurčina's defensive mistakes led directly to several goals against Sweden. Furthermore, his petulant crosscheck of a Swedish player midway through the third period also left Slovakia two men short; during the powerplay the Swedes went up 6-3 and put any hopes of a Slovak comeback out of reach.

Both Gáborík and Jurčina faulted the Swiss referee for allowing a goal that put the Swedes up 3-2, during which Križan appeared to have frozen the puck before being bowled over by a Swedish attacker.

But Šatan said the problem lay more with the psyche of the Slovak team.

"It's like we know how to play hockey, but we lack the mental fortitude," he said after the match. "We can't seem to play hard for the entire 60 minutes and not worry about the score. In this game, the psyche was what decided, and we lacked the kind of mental toughness that NHL teams have that play the whole game without suffering a meltdown. We tend to play well for one minute, and then badly the next."

The loss to Sweden, which left Slovakia in sixth spot at this year's championships, disappointed thousands of Slovak fans around the country who had booked tables at pubs and restaurants to watch the game, hoping to see a repeat of the thrilling gold-medal run of 2002.

It also crushed several members of the aging Slovak team, such as Kapuš, who said this tournament would probably be his last.

"I'm very disappointed. I really believed we would be in the fight for a medal," he said.

Slovak hockey brass have been warning over the past two years that little young talent is emerging to fill the skates of perennial stars like Šatan, Pálfy, and Peter Bondra. Despite the hand-wringing over the knockout, it may not be long before Slovak teams are lucky to make it to the quarterfinals.