Superstitions of the stage and the field

DO YOU carry a rabbit's foot in your pocket? Would you ever refuse to work in an office because its walls were painted blue? And do you make it a point never to take the same route to work twice? 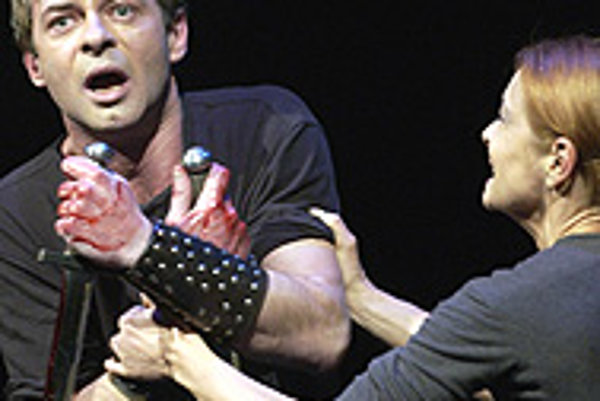 Font size:A-|A+
DO YOU carry a rabbit's foot in your pocket? Would you ever refuse to work in an office because its walls were painted blue? And do you make it a point never to take the same route to work twice?

These are some of the superstitions observed by generations of artists and athletes - unique members of society that have earned a legendary reputation for their firm belief in the power of luck, fate, and divine intervention. In fact, performers' penchant for superstitious rituals is so well-documented, there are even jokes about it: "How do you spot a group of actors at a restaurant? Watch for who spits on their knuckles and throws salt before the meal."

But why are superstitions so commonplace among performers? What exactly do they believe? And what do they think will happen if the superstitions aren't followed?

"Engaging in compulsively superstitious behavior is an attempt to control the outcome of potentially critical events," a group of contemporary artists concluded after observing teenage athletes for an art project by the Addison Gallery of American Art in Andover, Massachusetts. "With very deep and far-reaching roots in human history, superstitions have developed as a way to guarantee everything from the hunt to a playoff game."

And some performers feel an attachment to superstition is borne out of the art itself.

"When you put on a show, you choose to place yourself on the knife-edge between life and death," amateur actor and theatre director Ben Teague wrote in a book review of Ghosts and Superstitions of the Theater by Richard Huggett. "Yes, the death is metaphoric (nearly always), but that changes nothing. People who exist on a knife-edge are bound to pay close heed to anything they think will tip them one way or the other."

But whatever the reason, the fact is hundreds of performance superstitions exist, and are as alive as ever.

One primary theatre world superstition involves the phrases used to wish performers well before a show. This can be critical because simply saying "Good luck!" would, as Teague writes, "make the gods aware [the performer] needs some." Therefore, actors say "break a leg"; ballet dancers use the French "Merde!"; and opera singers prefer "Toi! Toi! Toi!", which some say is a corruption of the German word Teufel, which means "Devil".

Other theatre superstitions include not using objects from the real world as props, especially flowers; the presence of a "ghost light" to ward off spirits when the stage is not in use; and a ban on whistling backstage, as it was once the signal system for stagehands operating the fly loft.

But artists are not the only superstitious performers. Athletes, from baseball to race car drivers, are some of the most superstitious of all.

Retired baseball Hall of Fame player Wade Boggs was known as the "Chicken Man" because he ate poultry before every game; Baseball pitcher Turk Wendell ate four sticks of licorice on the mound each inning, then ran back to the dugout at the end to brush his teeth; and NHL goalie Patrick Roy of the Montreal Canadiens swears to have improved his game by talking to the goalposts.

"They are my friends," Roy said of the posts to CBC Sports Online.

But by far the most superstitions in the English-speaking theatre world concern Shakespeare's Macbeth, which, while in the theatre or backstage, may be referred to only as "the Scottish play".

Stories abound about actors who have been injured performing it, equipment that has broken down during it, whole productions of it that have flopped, and even patrons or production crew who have committed suicide or been killed during performances or rehearsals.

Theories on why the play is cursed vary, but one of the most intriguing is that Act IV's scene in which witches cast a spell angered some of the era's black magic practitioners, who cast a curse on it. Another is that the play has been cursed since its first indoor production, which was extremely uncommon at the time, and was plagued with accidents and mistakes.

Nonetheless, many professionals take the Macbeth curse very seriously. According to Angels and Ministers of Grace: Theatrical Superstitions Through the Ages by Kristen McDermott, anyone who names the Scottish play inside a theatre, let alone is foolish enough to recite lines from it, must "turn around three times, spit over your left shoulder, and either 1) say the filthiest word you know, 2) say "Angels and ministers of grace defend us!", or 3) speak a line from A Midsummer Night's Dream. Then wait to be invited back into the theater."

But other performers are not as serious about it.

"A good friend worked for Penn and Teller [a popular American comedy and magic duo - ed. note] on their last Broadway production and told me about their nightly routine," reads one entry on an internet discussion board about the Macbeth curse. "Before the curtain opens, Teller strolls about backstage whistling a few of his favorite tunes, Penn opens a copy of Macbeth and declaims a speech or two, and both go about to the backstage crew and say, "Good luck!" or "Have a good show!"