THE EUROPEAN Commission (EC) has written to Slovakia's Environment Minister Jaroslav Izák, calling on the ministry to halt the extraction of felled trees from Tichá Dolina (Quiet Valley) and Kôprová Dolina (Dill Valley) in the Tatras National Park (TANAP) until the EC has ruled on the operation's legality. 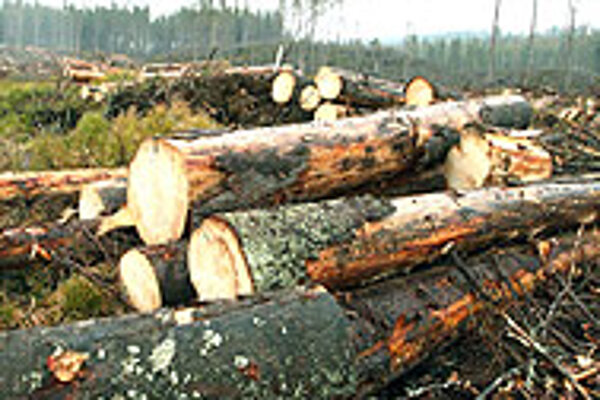 Font size:A-|A+
THE EUROPEAN Commission (EC) has written to Slovakia's Environment Minister Jaroslav Izák, calling on the ministry to halt the extraction of felled trees from Tichá Dolina (Quiet Valley) and Kôprová Dolina (Dill Valley) in the Tatras National Park (TANAP) until the EC has ruled on the operation's legality.

The letter, written by the head of the EC's Environment Directorate-General Mogens Peter Carl, was sent to Izák by email on May 14.

"In the interest of avoiding damage to the area and confirming adherence to European law, I hereby request that you stop the currently ongoing work in [Tichá Dolina and Kôprová Dolina] and carry out a thorough assessment of the effects the work would have on the local environment and wildlife," said Carl in his letter.

When questioned about the letter on May 16, Peter Višváder, the Environment Ministry's spokesperson, told The Slovak Spectator that the ministry is still waiting for a hard copy of the letter and will address the issue publicly at the beginning of this week.

"The Slovak Environmental Inspectorate is re-examining the situation and will decide on the issue," he said. "Their investigation is independent and so we will not comment on the situation as we do not want to influence their work."

In November 2004, a windstorm hit the High Tatras, levelling around 12,000 hectares of forest and roughly 270 hectares in the Tichá and Kôprová valleys.

Most of the fallen timber has already been extracted and sold and an amount of that which remains is located in protected areas.

In December 2006, Izák and Agriculture Minister Miroslav Jureňa sent a joint letter to the EC assuring them that the Tichá and Kôprová valleys would remain a protected A zone, safe from human intervention.

However, on April 11, the extraction of fallen trees in the Tichá and Kôprová valleys began.

Greenpeace and other Slovak environmental groups reacted, blocking access to the site and organizing protests. On April 28, more than 1,000 protesters, including some from outside Slovakia, met in the High Tatras and declared the valleys a 'Citizens Protected Area'.

The situation cooled down after the Environment Ministry called a halt to the work in the valleys, but on May 12, the Sme daily published reports that the Environment Ministry is considering rezoning parts of the Tichá and Kôprová valleys, taking them off the protected A zone list and designating them as B zone areas where a limited amount of development could take place.

Sme also wrote that environmentalists are arguing that at least some of the High Tatras' valleys should remain designated as being A zones from end to end so that the eco-system of vegetation from the valley floor up to the ridge can be conserved in its natural state.

"It is very important to incorporate all forests [in the valleys] and all water basins created by the Tichá and Kôprová rivers into the A zone," Mikuláš Huba, an environmental expert and professor at the Slovak Academy of Sciences, told The Slovak Spectator. "This is because it is one of the Tatras' largest wild ecosystems and moreover is located right in the heart of TANAP."

Ján Topercer, a plant scientist at Commenius University has a similar view on the issue.

"The need to include the valleys into the A zone in their entirety is so fundamental from the ecological, bio geographical and environmental point of view that it demands the unambiguous support of the Environment Ministry," he told Sme.

However, the Environment Ministry has expressed its disregard for outside opinions.

"The future of the High Tatras and TANAP should be based on expert discussions in the field of environmental protection and not on the emotional opinions of certain people," said Višváder.

It is not clear whether his comments referred only to environmentalist NGOs or if they covered the specialists and experts who have publicly attacked the proposed rezoning as well.

According to Višváder, the working group organized by the environment and agriculture ministries will publish a proposal for the rezoning of TANAP this week. He also said the public can expect a higher level of protection overall in the park.

"Compared to the current plan, there should be 10,000 more hectares of land put into the A zone," he told The Slovak Spectator.

However, even though the planned changes might be acceptable according to Slovak law, there is still the issue of European law to deal with.

The TASR news agency reported on May 16 that some experts say the work in the two valleys has damaged areas that are on the EC's Nature 2000 list and has gone against European law on environmental protection.