Answering the question every tourist hears: why Slovakia?

WHENEVER my husband and I tell people about our experiences hiking in Slovakia, we inevitably get responses like "I've heard of Slovenia!", or "You mean Czechoslovakia?"
They're apparently unaware that Slovakia and the Czech Republic independently joined the European Union on May 1, 2004. 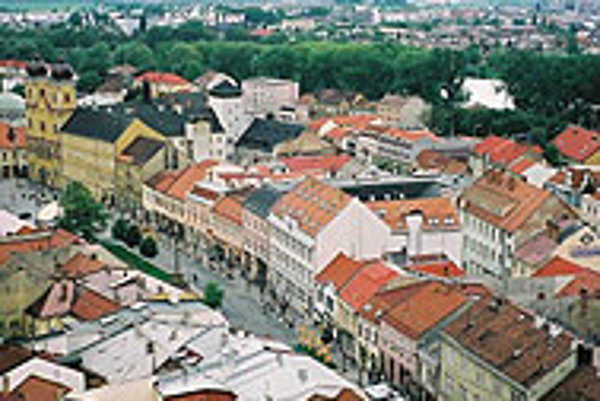 Font size:A-|A+0
WHENEVER my husband and I tell people about our experiences hiking in Slovakia, we inevitably get responses like "I've heard of Slovenia!", or "You mean Czechoslovakia?"

They're apparently unaware that Slovakia and the Czech Republic independently joined the European Union on May 1, 2004.

And that was the date of our first trip to the region. It started with a flight from Ottawa, Canada, to Prague to attend a concert at the Rudolfinum honouring the 100th anniversary of Dvořák's death. To satisfy our passion for hiking, we also decided to explore the mountains and hills of Slovakia.

Our first obstacle was that no tour groups were going to Slovakia, except one company offering a three-day excursion into the Tatras that ended up being cancelled. But a Lonely Planet guidebook convinced us that we could access some trails with public transport, and use accommodation nearby.

And so, after the concert in Prague, we took a bus from Florenc station to Trenčin, Slovakia. At the border, the officer disappeared with my Canadian passport without a word or a smile. It was pure silence in the bus. Fifteen minutes later, he returned with the precious document, and again, not a word. Another interaction with Slovaks was at a restaurant bus stop; everyone there was glued to the television, absorbed in a hockey game.

After four hours on the bus, we finally reached Trenčin station. It was dark and rainy as we began walking to the pension, where a woman in her twenties greeted us with a hearty: "Good evening!" It was the first English we had heard since Prague!

Our hostess was so hospitable, I felt invigorated, and forgot my fatigue and the austere officer. Our room was new, spacious and tastefully decorated with harmonized colours and paintings. But the highlight of the day was yet to come. Approaching the window, we were in awe of the castle overlooking the city. Illuminated and partly covered with clouds, the majestic structure erected on a huge rock captivated us.

By the next morning, we were excited at the prospect of doing some exploring, but a sudden health problem forced an early return to Canada. We only had time for a glimpse at Trenčin, a passing look at the nearby villages and unfenced fields, and a visit to medical facilities in Košice. Nevertheless, the hills around Trenčin, the simple beauty of its squares, its architectural harmony, and the grace of its people touched our souls.

Other acts of kindness we experienced along the way were the commentaries in English during a 'Slovak-only Tour'; a taxi driver who refused payment after forgetting to put his meter on; a lady who walked us to the door of a restaurant; and a copious packed breakfast for our train journey. It showed such thoughtfulness for a country that had relatively few foreign tourists.

The beautiful nature of Slovakia and the generosity of the Slovak people, as well as their seemingly balanced and peaceful lifestyle, were magnetic. We returned to Slovakia the two following years.

Upon our return to Ottawa in 2004, I sought in vain for courses in Slovak and teachers of the language. I finally approached the Slovak Embassy, which was extremely helpful. Within a couple of weeks, our bookshelves were filled with study materials, pocket-sized books about the trails in the Slovak national parks, concise regional information, and leaflets highlighting Slovakia's treasures.

We read about everything: parks, caves, rivers, castles, food and festivities. A search at our local library provided us with Kirschbaum's A History of Slovakia: The Struggle for Survival. The author reveals that for nine hundred years, Slovaks lived under the rule of foreign governments, yet their language survived. What enabled a population of fewer than 6,000,000 to maintain their culture and language through centuries of subjugation remains a wonder to me.

On our first Slovak hiking trip, which finally took place a year after our first attempt, we acquired detailed hiking maps for our three weeks in Slovenský Raj, the Nízke Tatry and Slovenský Kras. In 2006, we continued our travels to the Malá Fatra and Veľka Fatra in addition to another visit to Slovenský Kras. At the end of this journey, we bought popular Slovak magazines and a dictionary, and proudly took home the first Turistický Atlas Slovenska published in Slovakia.

With 11,000 kilometres of marked trails in a land of 49,037 square kilometres, we are looking forward to many more hiking days in this beautiful country.

This is the first in a three-part series on the author's experiences as a tourist exploring Slovakia. Check back in the coming weeks.