One of the founders of the Nation's Memory Institute (ÚPN), the office responsible for archiving and publishing state and police files documenting Slovakia's communist and fascist regimes, is now leaving the institute in protest of recent trends. 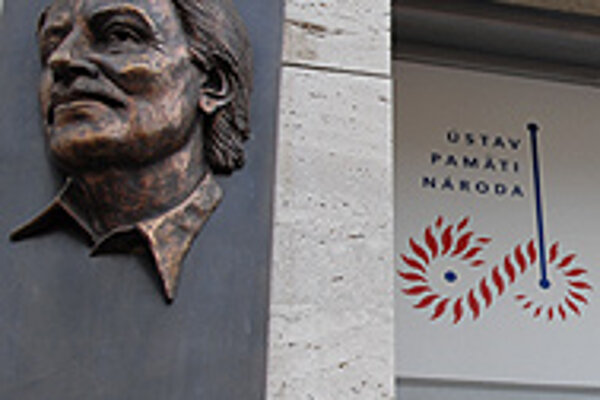 Font size:A-|A+0
One of the founders of the Nation's Memory Institute (ÚPN), the office responsible for archiving and publishing state and police files documenting Slovakia's communist and fascist regimes, is now leaving the institute in protest of recent trends.

Miroslav Lehký, who helped Ján Langoš found institute in 2002, has said the reason for his departure is because the ÚPN under its new head, Ivan Petranský, has stopped fulfilling its role. Petranský was chosen to replace Langoš after the former head died in a car accident.

"Either the institute will carry out its duties set by law and go in the direction drafted by Ján Langoš, or we can honestly confess that we do not intend to come to terms with communism."

One of the reasons that Lehký feels the ÚPN is not fulfilling its role is because Petranský met with Rafael Rafaj, the head of the Slovak National Party's (SNS) parliamentary club and with Archbishop Ján Sokol, who, according to ÚPN documents, cooperated with the communist secret service (ŠtB), to discuss an amendment to the law on the ÚPN.

"I consider the idea of preparing an amendment to the law on the declassification of documents in the ÚPN archives to be alarming," said Lehký.

"This is very dangerous," he continued. "I see no reason to change or amend the law. The current law is fabulous. It served as a pattern for a similar law in the Czech Republic. I think there is a political incentive behind the effort to change the law. It probably has to be changed because it works too well."

Lehký said that the ÚPN's board of directors had not supported Petranský in negotiating a change to the law.

Last week, Petranský told The Slovak Spectator that he had discussed the amendment to the law on the ÚPN with Sokol and Rafaj.

"We discussed it in a general way and we talked about the question of balance," said Petranský. "But in how balance should be ensured - this has not been concluded yet."

However, Lehký said he does not think the law needs to be changed.

"We do not need an amendment," he said. "Our law is considered to be one of the best, even by Poland and Germany. In Germany they even want to enhance the authority of the Glauck Institute [ÚPN's German counterpart]."

Petranský did not see any problem with meeting with Sokol, who was accused of being an informer for the ŠtB, or with Rafaj, the head of the parliamentary faction of the party that nominated Petranský to his post.

"It's one thing to be closer to one political party than to another, but it's another thing to let this have any impact on the results of your work," said Petranský.

A change of direction

Lehký said that Petranský has begun to form a new institution, more focussed on studying history than at documenting and recording the activities of oppressive regimes and declassifying and making related documents accessible to the public.

"It seems that what Petranský is doing is trying to build a house beginning with the roof," said Lehký. "Scientific research is just one of the things to deal with when trying to cope with communism and it should be one of the last ones. The most important issue is first that of criminal law and the basic recording, documenting and publishing of documents. These are the main tasks that the ÚPN should be working on."

Lehký said he thinks there might be a political aim behind the ÚPN's new focus on academic research at the expense of publishing the archives.

"Scientific research doesn't hurt anybody," he said. "We just stop naming the Nazi and communist criminals. But by bypassing the documentation of the last 45 years and by focusing only on historical research, we might find ourselves gradually giving up on documenting the crimes of fascism and communism. The academic research should be the last step, after the basic facts have been gained through documentation and analysis. Specific facts, specific victims and, most importantly, specific offenders are what should be concentrated on."

According to Petranský, there has been no change of direction. He said the recently published list of agents in the ŠtB's XII Division demonstrates this.

"By having published the list, we fulfilled one of our basic tasks - to publish data about the persecutors and their activities," said Petranský. "We plan to continue. It will be the agency's regional departments that will be dealt with next."

However, Lehký said that work on publishing the list of XII Division agents began while Langoš was still in charge.

Lehký said that another difficulty at the moment is the bad relations between the Interior Ministry and the Nation's Memory Institute.

"We were not allowed to enter the archives at all last year, even though they are obliged let us," said Lehký. "And what's more, they do not want to give us the documents that have been released by the Czech Interior Ministry. These are documents that were formally declassified by the Slovak Interior Ministry last May, but by law they belong to the ÚPN. In spite of this, the ministry has kept them for several months. The documents are from the IV Division of the ŠtB -known as the Department of Pursuit. Since Langoš died and the government changed, it can be said that an iron curtain has arisen between the Interior Ministry and the Nation's Memory Institute."

Ľudmila Staňová, the Interior Ministry's spokesperson, told The Slovak Spectator that it would deliver the documents to the ÚPN the next month. She said it will compile a draft amendment concerning documents, which could be complete within two weeks.

"These documents went to the Slovak Interior Ministry from the Czech Interior Ministry, so maybe that is the reason for such a lengthy process, and not the fact that the ministry does not want to submit them," said Staňová. "They are ready to be delivered to the ÚPN," she said.

Ruling coalition is not supportive

The current ruling coalition has not tried to hide its negative stance towards the ÚPN.

"Let the earth lie lightly on him, I never believed a word he said," said Prime Minister Robert Fico in January, referring to Langoš. "There was certainly some meddling with files."

The ruling coalition SNS has never tried to hide its admiration for the leaders of the first Slovak state, which operated as a satellite to Hitler's Germany until the end of the Second World War.

According to Miroslav Kusý, a political scientist and dissident during communism, the current ruling coalition does not approve of the activities of the ÚPN.

Kusý said the fact that the chairman of the ÚPN's board of directors is so close to the SNS is not a good sign.

"This was already a sign that the ÚPN has started on its way to disaster," he said. "Every move the ÚPN's new head makes, along with the steps being taken by representatives of the ruling coalition underline this fact," said Kusý.

He added that if the ÚPN really ceased to exist, the government's former crimes, especially the crimes of communism, would start to be trivialized.

"They will begin to claim that this part of our history does not need to be discussed so much," he said. "It will be a step backwards when compared to what Slovakia has already achieved in this sphere. The foundation of the ÚPN was an important step forward."