A LAND-USE plan for the Tatras National Park proposes to open highly sensitive areas to tourism development, and according to the park's former director is "a piece of absurdity" that would destroy some of the park's most valuable protected species. 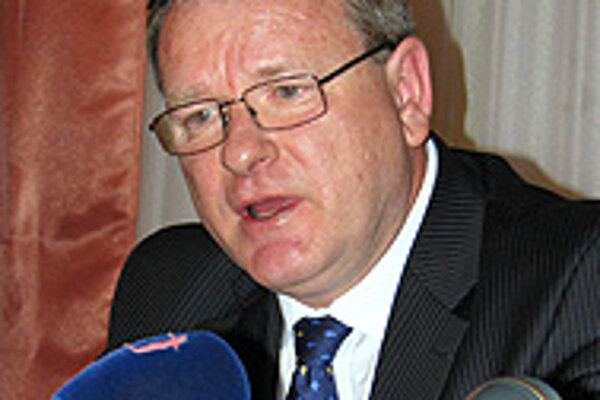 Font size:A-|A+
A LAND-USE plan for the Tatras National Park proposes to open highly sensitive areas to tourism development, and according to the park's former director is "a piece of absurdity" that would destroy some of the park's most valuable protected species.

The plan, presented by Environment Minister Jaroslav Izák and Agriculture Minister Miroslav Jureňa on May 23, does not allow new construction to begin in any section of the mountains that is currently under protection.

However, it does allow development to expand from an existing tourism centre in Zuberec up to the protected ridge of the West Tatra mountains, and from the Štrbské Pleso recreation centre in the High Tatras up to the Patria ridge. A previous plan had left these areas within the 'A Zone' where no development is permitted.

Plans are already afoot for a ski centre in the Brestová-Salatín area above Zuberec with lifts and a lookout tower with a restaurant on the mountain ridge. The site is currently home to biotopes of European significance, including the marmot and the mountain goat, while the area above Štrbské Pleso is home to a valuable species of high-mountain spruce.

Jureňa said the locations had been opened to tourism at the request of "an expert committee" under the Economy Ministry.

"This is a very good proposal," said Izák, adding that it still had to be submitted to local and regional governments and private land owners for comment. It then must be approved by the government.

The environment minister said the A Zone, which has the highest degree of protection, had actually been expanded from 42 percent to 53 percent of the park's total area, or by 10,000 hectares, which he called "a significant victory" for nature protection.

However, Karol Kaliský, a forester with the Tatra National Park administration, called the increase in the A Zone area a gimmick, because it proposed to include areas that did not need such protection, while leaving out areas that did.

"This is either a trick, plain ignorance or demagoguery," he said.

Tomáš Vančura, the former director of the park who was fired in March, was even more critical of the proposal.

"It's worse than I thought," he said. "If this zoning proposal was carried out, it would lead to the destruction of valuable biotopes. No one has even dreamed of building a ski centre up to the ridge of the West Tatras for the last 20 years, and today it is becoming a reality.

"It's 2007, and nowhere else in the world is construction going on in national parks. We are at a crossroads, and the Tatras may not remain a national park if this plan goes forward.

"It would be an international scandal."